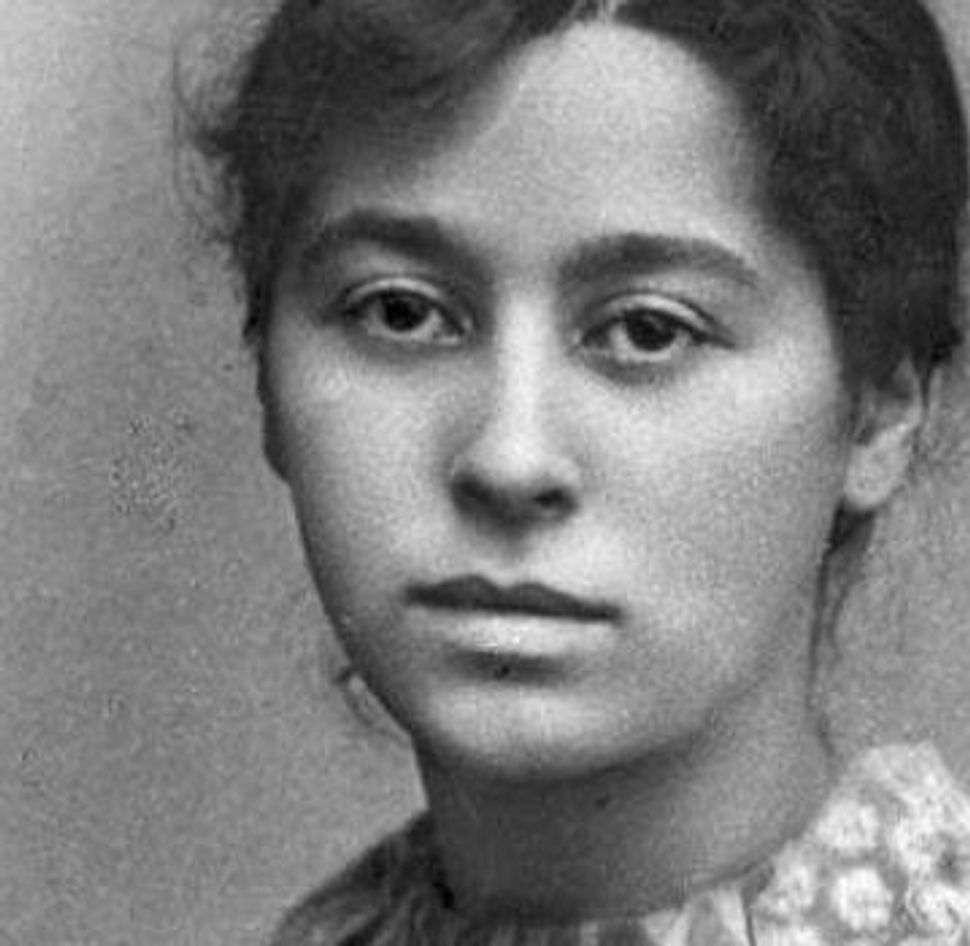 “This poem — surely a most remarkable one to be produced by a girl still at school — is distinguished, as nearly all Miss Levy’s work is, by the qualities of sincerity, directness, and melancholy.”

That was Oscar Wilde on Amy Levy’s poem “Xantippe,” a 30-page imagined narration by Socrates’ wife. Levy originally published the work in a student publication at Cambridge in 1880, after which it was issued as a freestanding volume. It was the cry of a woman with a profoundly gifted mind who had been dismissed by brilliant men. Xantippe, whom history has determined was as much as 40 years her husband’s junior, remarks on her attraction to his mind: “I guided by his wisdom and his love,/Led by his words and counselled by his care,/Should lift the shrouding vale from things which be,/And at the flowing fountain of his soul/Refresh my thirsting spirit.” But while Socrates wishes to be admired by Xantippe, he emphatically does not wish to have her aspire to be his intellectual peer.

“But Sokrates [sic], all slow and solemnly,
Raised, calm, his face to mine, and sudden spake:
‘I thank thee for the wisdom which thy lips
Have thus let fall among us: prythee tell
From what high source, from what philosophies
Didst cull the sapient notion of thy words?’
Then stood I straight and silent for a breath,
Dumb, crushed with all that weight of cold contempt”

In writing those lines, Levy, 19 when she first published “Xantippe,” was not only possessed of unusually mature empathy for a woman who lived millennia before herself. She was anticipating her own fate.

The occasion of Wilde’s writing was tragic. He was eulogizing Levy, who, at 27 years old, had died by suicide. The circumstances that preceded Levy’s death were not unlike those through which she depicted Xantippe suffering. Three years before her death, Levy had published “Reuben Sachs,” a novel that resulted in a vitriolic patriarchal dismissal similar to that experienced by the ancient heroine to whom she’d given voice. “Reuben Sachs” was a bold novel, one that began with the words “Reuben Sachs was the pride of his family” and then showed, with painful precision, just how the weight of that pride doomed its subject. London’s Jewish community, in which Levy, who was queer, was already something of an outsider, felt the implied criticism keenly.

Its response left Levy feeling profoundly pessimistic about her literary future; in her 1889 story “Cohen of Trinity,” she wrote of a Jewish author whose ascent to notability convinces him that he’ll never find a truly sympathetic reader, a realization that monumentally depresses him. And despite the admiration of a figure as elevated as Wilde, Levy’s fears were largely realized after her death. Until the last few decades of the 20th century, as Levy drew particular interest from feminist literary academics, her work faded almost completely out of the public consciousness.

Given the short duration of Levy’s life, she was remarkably prolific. She left behind three novels, three collections of poetry, a number of short stories and several works of translation. And while “Reuben Sachs” caused a serious shock among London’s Jews, it was likely not Levy’s first foray into public criticism of her community. A mid-1880s series of anonymous columns in the Jewish Chronicle taking aim at the moral and social structure of that community has been widely attributed to Levy. Even the titles of those columns suggest a clarity of observation that it’s easy to imagine being discomfiting. “Middle-Class Jewish Women of To-Day” likely does not promise a heartfelt message of approbation regarding those women’s values and activities.

Levy’s refusal to conform to communal norms made her distinctly modern. The scholar Bryan Cheyette neatly summed up her radicalism: She refused “to engage in literary apologetics on behalf of Anglo-Jewsry’s version of morality.” At a time when anti-Semitism was already old, but the two formative events of contemporary Jewish identity — the Holocaust and the creation of Israel — were barely anticipated, Levy’s mixed attitude toward her community presaged the attitudes of many today. Part rebellion, part devotion, part a profound desire to be accepted: In her writing, she articulated a wish for a Jewish life that could be vibrant, accepting, and somewhat less restrictive than the one into which she was born.

Was she poking fun at the people among whom she lived when she wrote, in “Reuben Sachs,” of a character who “was no stickler for forms and ceremonies… you need only marry a Jew and be buried at Willesden or Ball’s Pond; the rest would take care of itself”? Almost certainly. But, as Wilde wrote in his eulogy, as Levy herself grew up, she “gradually ceased to hold the orthodox doctrines of her nation.” The ideal was somewhere between the laissez faire attitude of those she mocked, and the unthinking stringency of those who rejected her. Someday, perhaps, we’ll find it.