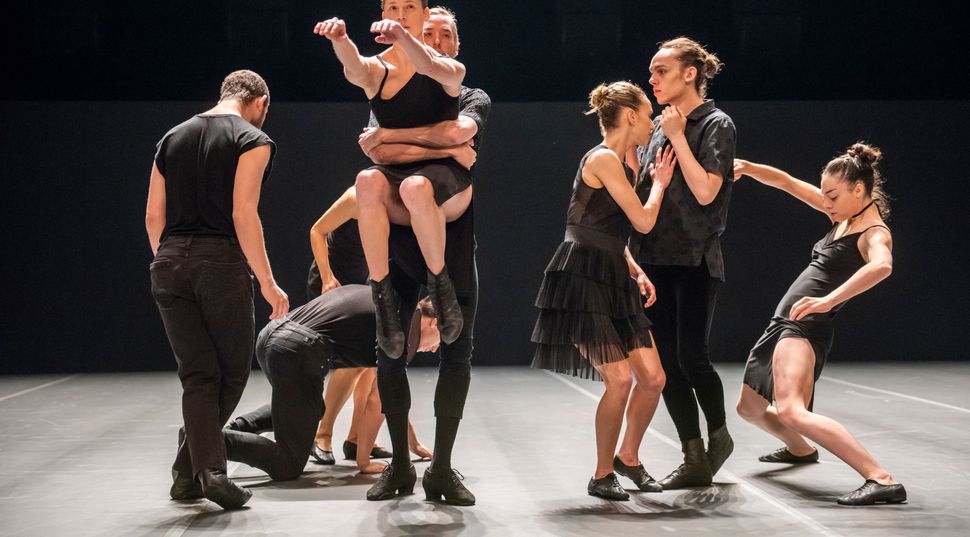 If you are a short person in New York you will experience certain uncomfortable things.

Men reaching for the subway pole will put their elbows where your head ought to be. At events filled with tall women, you will feel like a child even as you mutter “I AM 26.” In your impractically tall-ceilinged apartment, for which the monthly rent is the combined net worth of all eight of your great-grandparents, you will reach for the highest cabinet and be reminded that everything you have ever done is futile.

And sometimes, you will look up and realize that the figure by your side whom you had written off as “tall man in suit” is Liev Schreiber.

If you are a tall person in New York, things are different. You must crouch to fit in the subway. You can disperse oncoming pedestrians simply by walking purposefully. You have already seen Liev Schreiber at the 2019 BAM Batsheva Dance Company Gala, indulged dreams of Hollywood glory, and, upon approaching him, been ingloriously pushed aside.

“I didn’t get to pitch my television series,” sighed a silver-sequined woman with aggressively brushed-back hair. She looked yearningly at Schreiber. “I wanted him to direct ‘Shakespeare’s R&J.’” (Yes, “Shakespeare’s R&J” is a real play, not an unnecessary inside-baseball reference to “Romeo and Juliet.”)

The evening had begun with a performance of Batsheva’s “Venezuela,” choreographed by the company’s founder, Ohad Naharin. It was a baffling assault of a performance. At the subsequent dinner, I sat next to a man who had seen it four times. A waiter poured butternut squash soup from a coffee decanter. With the classiness native to society journalists, I prodded a mound of cubed squash in the center of my bowl, and asked my companion what he’d thought of the show this time around. “It’s not an easy one, is it,” he said.

Another journalist in attendance put it somewhat differently: “I feel sort of drunk,” she said. Choreographed partly to Gregorian chant and partly to Indian vocal music, with an occasional overlay of sheer noise so grating as to set one’s spine tingling — not to mention sections in which the dancers rap Notorious B.I.G.’s “Dead Wrong” — “Venezuela,” among other treats, features female dancers riding on the backs of their crawling male peers with a somber, menacing grace. 2019 is a year for empowerment.

Three millennials clutching glasses of champagne tried to parse the dance. “I liked how it was all black,” said one woman, referencing the dancer’s costumes. She wore a quilted black leather jacket and black velvet pants. There was a pause; one of her companions said something incomprehensible. “In New York we call it ‘shrink,’” she responded. “Not therapist.”

Even among Batsheva fanatics, “Venezuela” seemed to provoke as much confusion as commendation. When the dancers appeared at the dinner that followed the performance, each assigned to sit at a table of adoring fans, one introduced herself to the couple sitting at her side. They murmured congratulations, and she asked what they did. The woman was a fashion designer, the man worked for the NBA. There was a pause, and all parties searched for something to speak about. The dance was the obvious option; overhead, clips of Batsheva company members performing various dances played on a large screen. “Do you watch NBA games in Israel?” the man in the couple asked. “No,” said the dancer.

In large arched windows overlooking the street, installations of silver lights swirled and danced. It was the stuff of fantasy. Between the trance-like strangeness of “Venezuela,” the wine and the lights, it should have felt like it. But the aura could only last so long. A banker earnestly described his work to two strangers: “It’s about understanding how people operate.” A woman took a smiling selfie, frowned, deleted the result and tried again. Fantasy relies on the notion that under magic circumstances, people might act differently than they do. That they might give into wildness, as the dancers had onstage.

Alas. Ron Huldai, the mayor of Tel Aviv, appeared via prerecorded video to commend a forthcoming Batsheva complex in the southern part of the city. Donors were thanked dutifully. Small talk sputtered out over dessert. As the crowds began to disperse, dancers clumped together to watch themselves onscreen, laughing and prodding each another when a member of the group appeared. I wondered when I could go. But then I asked one of the dancers, Mayan Sheinfeld, how she liked New York.

“I just go out to the street and I feel like running,” Sheinfeld said. There it was: A spark of something different in the world. It was windy when I went outside. I looked up at the glowing windows from the street. Maybe, I thought. But my feet hurt in my heels, and I was suddenly so tired I could barely stand. It was a nice idea. I turned for home.