Benito Mussolini’s Granddaughter Is Fighting With Jim Carrey On Twitter 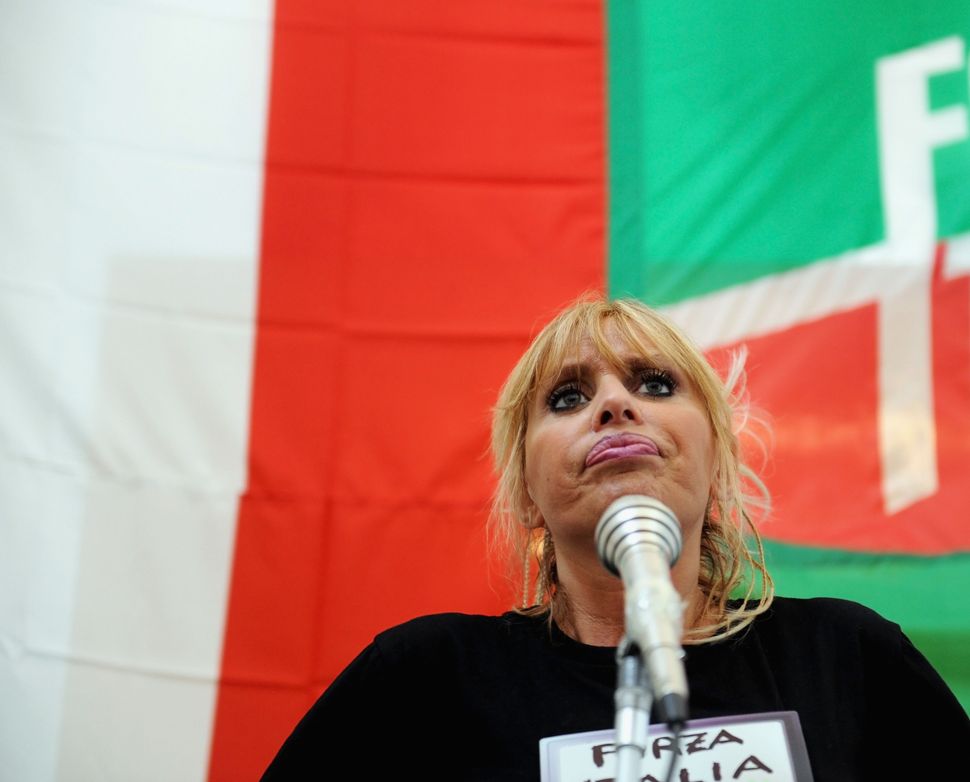 Twitter is a commons of free thought that has no equivalent in our history. Every so often we’re granted reminders of how thoroughly connected the little blue bird has made our lives. Who could have foreseen, for instance, that we would one day have a medium wherein Jim Carrey and Benito Mussolini’s granddaughter could engage in a public fight over freedom of expression?

On the afternoon of March 30, Carrey, an actor best remembered for ‘90s comedies where he quite literally talked out of his rear end, tweeted his rendering of Italian dictator Benito Mussolini and his mistress, Clara Petacci, hanging dead from a gas station roof in Milan’s Piazzale Loreto. If the caption is any indication, Carrey meant the artwork, drawn from a photograph by Vincenzo Carrese taken after Il Duce’s execution in April 1945, to demonstrate how pursuing fascism can end badly for the despots in control.

If you’re wondering what fascism leads to, just ask Benito Mussolini and his mistress Claretta. pic.twitter.com/uc2wZl0YBu

In short order, Alessandra Mussolini, Benito’s granddaughter and a veteran politician who once left her country’s far-right party when they called fascism “evil,” voiced her displeasure at Carrey’s tweet.

You are a bastard

Carrey let the picture be his last word on the matter, but Mussolini continued to barrage his handle with a parade of historical horrors attributable to Americans. Evidently, she thought the man who originated the role of Ace Ventura, Pet Detective had unfairly targeted her forebear and the movement that he was the scowling face of.

Mussolini wondered why Carrey didn’t instead draw an atomic mushroom cloud (an apparent nod to Hiroshima and Nagasaki).

Hi @JimCarrey now draw this for us pic.twitter.com/tDZ9RB1WLm

She gave him further prompts in the form of Native American chiefs standing against a backdrop of Mount Rushmore and a black man tied to a whipping post.

And now @JimCarrey draw this other … pic.twitter.com/0tfwUDImYi

I think @JimCarrey should draw that too pic.twitter.com/2oIwvL1KyU

Mussolini then quizzed Carrey on the history of Rosa Parks and the Montgomery bus boycott.

Hi @JimCarrey do you know the history of #RosaPark? pic.twitter.com/tVbvqISt2N

Many on Twitter pointed out that Carrey was in fact, born in Canada, but Mussolini was unconvinced.

But let the record reflect Mussolini didn’t universally condemn Americans. While still railing against Fire Marshall Bill and his visual art hobby, Mussolini offered this succor to our American president who, like her grandfather, was depicted unflatteringly in the comedian’s oeuvre:

President @realDonaldTrump doesn’t have to worry about poor @JimCarrey politica attacks; his drawings are only dirty paper

Benito Mussolini’s Granddaughter Is Fighting With Jim Carrey On Twitter