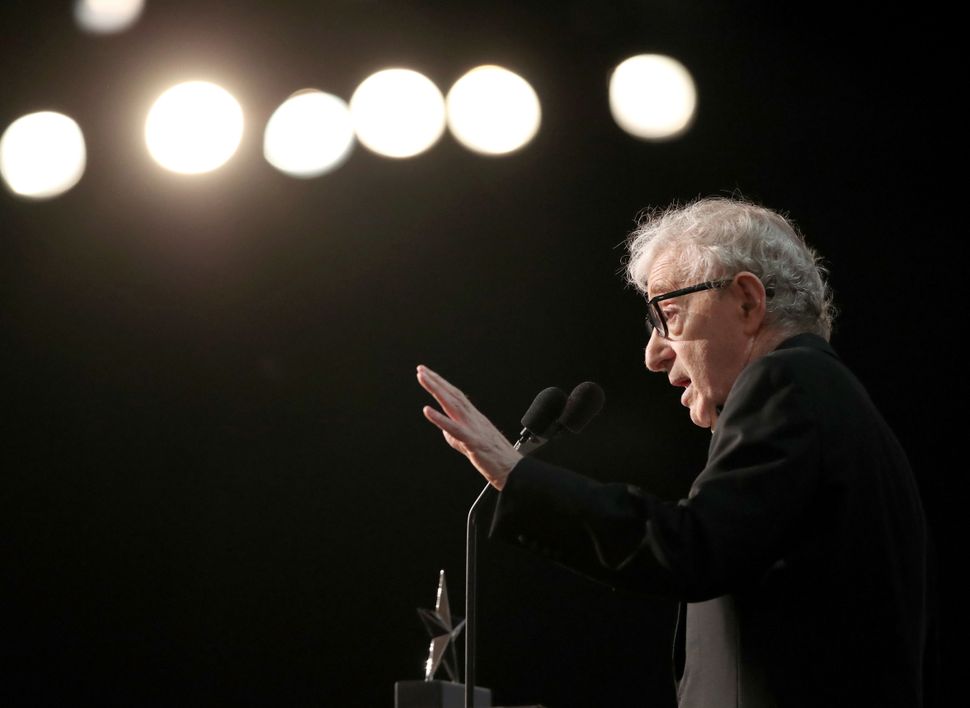 In February, Allen sued the e-store’s film division, claiming they had improperly broken their agreement based on an allegation by his daughter Dylan Farrow that Allen molested her in 1992. Allen was never charged for the alleged crime and has strongly denied it.

In a court document filed at the Southern District of New York, Amazon cited Allen’s denial in justifying their severed relationship, The Guardian reported.

“Even though the Farrow family is cynically using the opportunity afforded by the Time’s Up movement to repeat this discredited allegation, that doesn’t make it any more true today than it was in the past. I never molested my daughter – as all investigations concluded a quarter of a century ago,” Allen said in a statement following Dylan Farrow’s January 2018 interview with CBS This Morning.

Amazon’s motion also included comments Allen made in the aftermath of his son Ronan Farrow’s bombshell reporting on producer Harvey Weinstein, who was accused by more than 80 women of sexual misconduct. Weinstein, who is now facing criminal charges, denies any wrongdoing.

“The whole Harvey Weinstein thing is very sad for everybody involved,” Allen told the BBC in 2017. “Tragic for the poor women that were involved, sad for Harvey that his life is so messed up.” In the interview, Allen also made reference to his concern about the possibility of a “witch hunt atmosphere… where every guy in an office who winks at a woman is suddenly having to call a lawyer to defend himself.” Allen later clarified his comments about Weinstein.

“The [Ronan Farrow] article became the catalyst for a broad public reckoning over the persistence of sexual harassment in entertainment and other industries,” Amazon said in the filing. “Despite immediate consensus on the importance of acknowledging and addressing this issue, Allen made a series of public comments suggesting that he failed to grasp the gravity of the issues or the implications for his own career.”

Amazon’s motion did not directly address Allen’s central charge of breach of contract, but expressed the studio’s belief that the filmmaker’s remarks were at fault for dooming the success of their partnership.

“Allen’s statements came out just as Amazon and Allen were preparing to promote Allen’s film ‘Wonder Wheel,’ effectively sabotaging those efforts,” Amazon, which ended its deal with Allen in 2018, said in its filing. “Understood in the broader context, Allen’s actions and their cascading consequences ensured that Amazon could never possibly receive the benefit of its four-picture agreement.” “Wonder Wheel” took home a meager $1.4 million at the North American box office.

The New York Times reported that Amazon’s motion sought to dismiss four of the eight claims brought by the filmmaker. One of the claims Amazon hopes to strike is the assertion that the studio sought to “unjustly enrich” itself by promoting its partnership with Allen to attract other writers and directors. In the filing’s introduction, Amazon argues Allen was in fact a liability after the reemergence of Dylan Farrow’s accusations.

“The response from the film industry was swift and damning,” the filing said. “Scores of actors and actresses expressed profound regret for having worked with Allen in the past, and many declared publicly that they would never work with him in the future.”