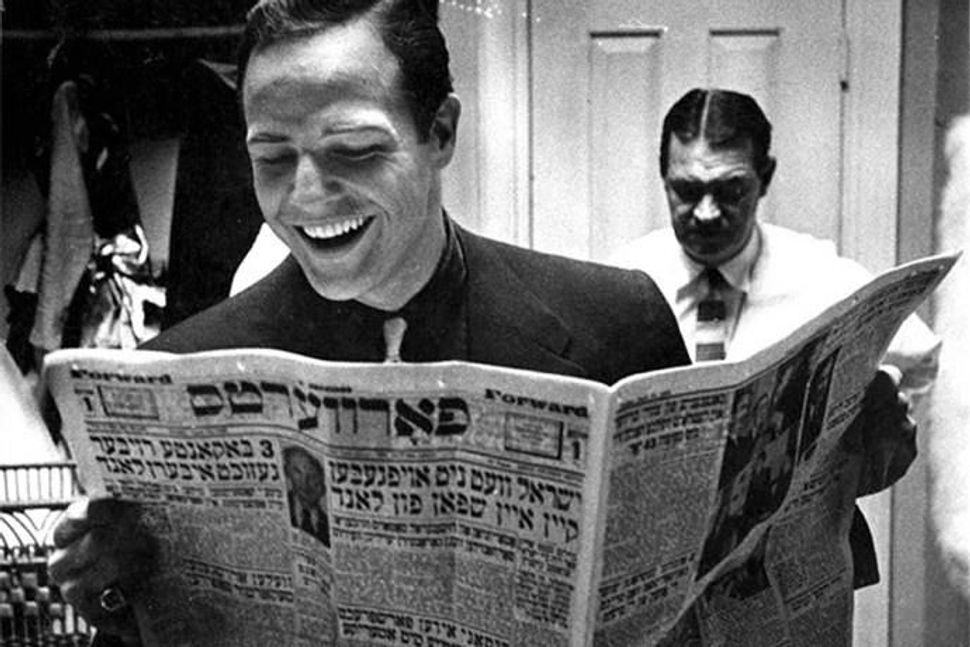 Two writers from the Forward are finalists for awards from the Deadline Club, the New York City chapter of the Society of Professional Journalists, the Club announced Monday.

Deputy Culture Editor Talya Zax was one of three journalists nominated in the category of Arts Reporting for her December 2018 cover story, “Men Explain Anne Frank to Me.” In the piece, Zax engaged with the knotty problem of male writers using Frank as a literary device and interpreting her diary through a male lens. Alongside Zax, the Deadline club also nominated Michael Paulson of The New York Times for his story “A Rough Rehearsal, a Suicide and a Broadway Show in Turmoil” which reported on a longtime “Cabaret” cast member’s death. Time Magazine’s Jamil Smith also received a nod for “A Hero Rises,” his feature on the cultural import of Ryan Coogler’s 2018 film, “Black Panther.”

Staff Writer Josh Nathan-Kazis is among three reporters up for an award in Newspaper or Digital Spot News Reporting for his piece “Holocaust Survivor Cheated Death at Pittsburgh Synagogue by 4 Minutes,” for which he interviewed 80-year-old Judah Samet, a survivor of Bergen-Belsen who missed the October 27, 2018 attack at the Tree of Life synagogue by being late to services. The other nominees are Michael Hill and David Klepper of The Associated Press for their article “Limousine Crash Kills 20 in Upstate New York.”

Winners of the awards, which recognize excellence in New York-based print, broadcast and digital journalism, will be announced at the annual Deadline Club Awards Dinner on Monday, May 20 at the Harvard Club of New York City.