They Were German. They Defied Hitler. But What Did They Accomplish? 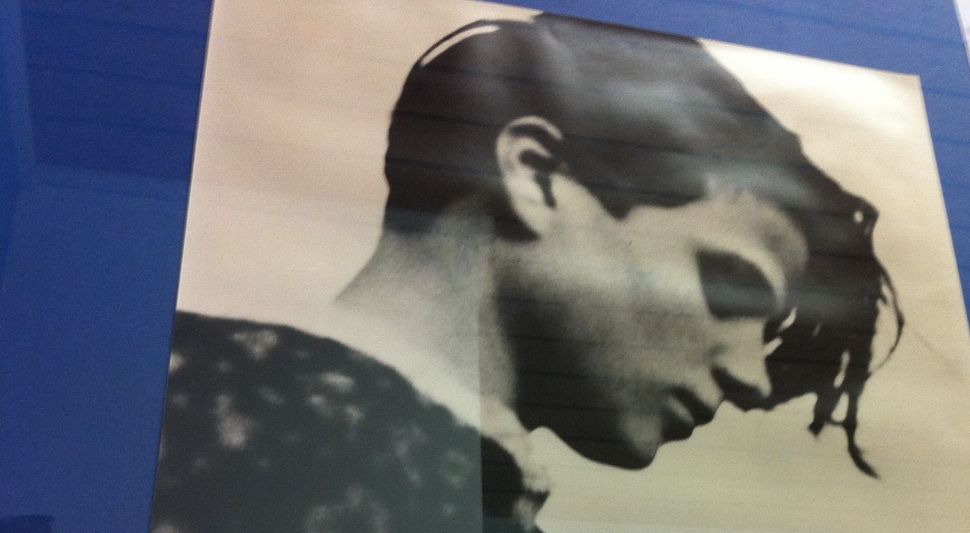 Sophie Scholl, an activist with the White Rose. Image by Stadt Blumberg/Getty Images

The most famous episode of German resistance to the Nazis is Operation Valkyrie, the unsuccessful July 20, 1944 plot to kill Hitler and install a constitutional government to negotiate the end of the war.

That joint civilian-military conspiracy is the centerpiece of the German Resistance Memorial Center, housed in the onetime Berlin headquarters of the German Army High Command. Colonel Claus von Stauffenberg, the would-be assassin whose suitcase bomb exploded without killing its target, both worked and died at this historic site. His office is integral to the exhibition, and a commemorative courtyard marks the location of his peremptory execution. The museum details both the meticulous planning that led to his brave attempt, and the disastrous consequences of its failure, including hundreds of executions of the conspirators, their allies and others. 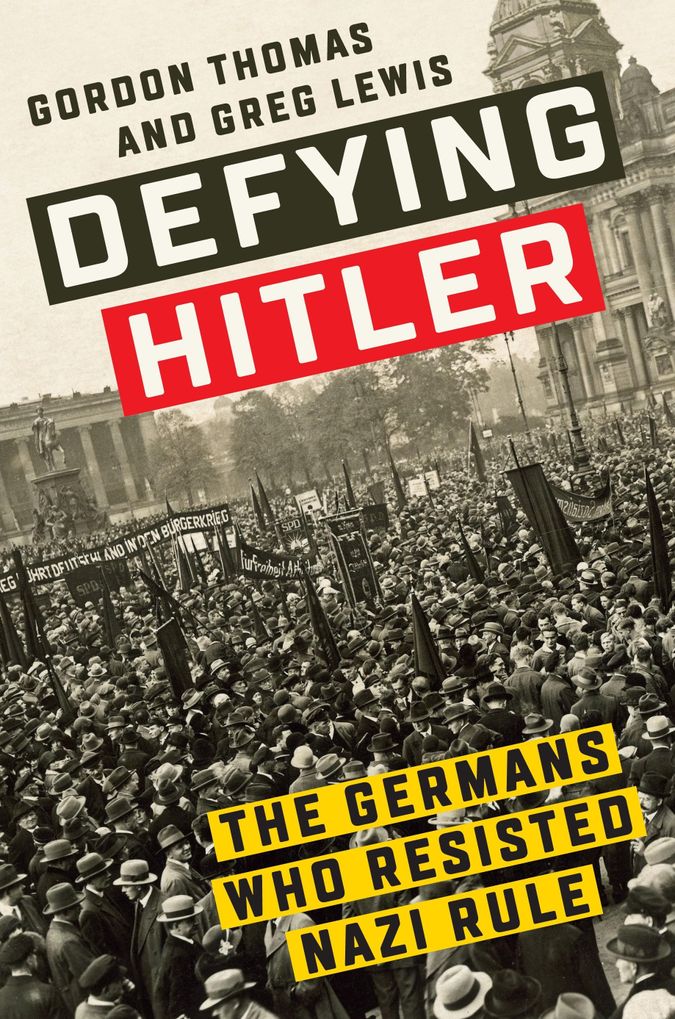 In their powerful new book, “Defying Hitler,” Gordon Thomas (a British investigative journalist who died in 2017) and Greg Lewis (a documentary filmmaker and journalist) give Operation Valkyrie, as well as years of frustrated coup planning by German military counter-intelligence officers, its due. But they re-contextualize the plot, according more weight to a broader narrative of German anti-Nazi resistance that included leafletting, graffiti, espionage and industrial sabotage.

Elucidating the contours of German resistance to the Nazi terror state has always been difficult. (It’s been equally hard to gauge the full extent of popular support for the regime, as opposed to fearful, tactical acquiescence.) From 1933 on, thousands of the Nazis’ political opponents were arrested, imprisoned and, in many cases, murdered. Public protests were rare, and even a refusal to give the Hitler salute or join the mandated Hitler Youth brigades entailed risk.

“Defying Hitler” foregrounds the extraordinary courage of the regime’s most implacable foes: The predominantly Jewish Baum group, the student martyrs of the White Rose, the German military counter-intelligence officer Hans Oster, the Protestant religious leader Dietrich Bonhoeffer, the spy Fritz Kolbe and others. Besides daring arrest, many resisted torture, committed suicide to avoid implicating others or faced death with their resolve intact. “Think of the songs we all sang together — all is fine! Live well, my beloved parents,” Marianne Prager, a member of the Baum group, wrote in her final letter home before she was executed. Another dissident, Libertas Schulze-Boysen, urged her mother: “[T]ell everyone about me. Our death must be a beacon.”

Schulze-Boysen and her husband, Harro Schulze-Boysen, were associated with the so-called Red Orchestra, which leafletted against the Nazis and engaged in espionage. One of its members, Mildred Fish-Harnack, would become the sole American woman executed by the Nazis. Rejecting a boat ticket home, Fish-Harnack used her contacts at the U.S. embassy to facilitate resistance work. Her German husband, Arvid Harnack, was employed in the Economics Ministry and spied for both the Soviet Union and the United States. He, too, would be captured and executed. Thomas and Lewis make the point that the appellation “Red Orchestra” — a Nazi locution based on intercepts of Soviet radio messages — distorted the group’s anti-fascist, rather than specifically Communist, motivations.

Most members of the Baum group were Jews working as forced laborers in munitions factories. After the Kristallnacht pogrom November 9, 1938, the electrician Herbert Baum urged other German Jews to emigrate. But he himself resolved to stay. He and his recruits (including some non-Jews) committed small acts of sabotage, forged passes to help Jews hide or escape, distributed anti-Nazi pamphlets and tried to incinerate a regime-sponsored exhibition sarcastically titled “The Soviet Paradise.” Their attempted arson, which damaged but did not destroy the exhibition, led to mass reprisals against German Jews and the arrest and execution of several group members. Thomas and Lewis say that Baum himself likely died under torture.

Circles of resistance sometimes overlapped, and dissidents drew inspiration from one another. In the postwar years, the redemptive existence of this so-called “other Germany” became an important counterweight to the burden of German guilt. But during World War II, with disinformation rampant and distrust pervasive, the efficacy of the resistance was limited at best. As Thomas and Lewis indicate, the Allies repeatedly rebuffed clandestine diplomatic overtures from anti-Nazi members of the German military, as well as the civilian, intellectual Kreisau Circle, led by Helmuth James Graf von Moltke. At times, Allied caution delayed action on valuable tips from prolific spies such as Harnack and Kolbe, who worked in the German Foreign Ministry and funneled information to the U.S. Office of Strategic Services.

Among the strangest characters in “Defying Hitler” is Kurt Gerstein, a committed Christian who joined the Waffen-SS to secretly document its crimes. Gerstein helped combat the spread of typhus and was subsequently enlisted to distribute the poison gas Zyklon B. He sabotaged shipments when he could, observed gas-chamber killings, and alerted both foreign diplomats and the pope to the mass killings — to little avail. (He, too, was ignored.) Thomas and Lewis suggest that Gerstein pursued “a twisted path of complicity and collusion,” but remain vague about the extent of his contributions to the Nazi war effort. They do make clear that he paid a steep psychic price for working in the belly of the beast, and that he never ceased being revolted by the atrocities he saw.

It was hard for Germans of military age to avoid entanglement with the Nazi war machine. In the midst of his resistance activities, Hans Scholl, one of the founders of the heroic White Rose, was called up to the Eastern Front. The experience gave him a first-hand look at the barbarities of the campaign and only intensified his antagonism to the Third Reich. Back in Munich, Scholl, his sister Sophie, and other White Rose members painted anti-Hitler graffiti and distributed eloquent leaflets decrying the regime’s policies of aggressive war and mass murder of Jews. “We are your bad conscience,” Scholl famously wrote.

A sixth and final leaflet drop at the University of Munich, witnessed by a janitor, led to their arrest. Under interrogation, Sophie Scholl declared: “I believe I have done the best I could for my nation… I would do it all over again.” On the back of her indictment for high treason, before she went to her death, she scrawled the word “Freedom.”

Such intimate details, along with the adept interweaving of diverse and complicated narrative threads, make “Defying Hitler” a gripping read. Thomas’s interest in the project, Lewis says, was sparked by his German-born wife, Edith, a relative of an early Nazi opponent, Herbert von Bose, who was assassinated on Hitler’s orders in 1934. That personal back story no doubt helped fuel both the authors’ prodigious research and the passion of their narrative.

They Were German. They Defied Hitler. But What Did They Accomplish?