From ‘The Black Dahlia’ To ‘Tulip Fever,’ Are Flower-Based Films Doomed To Fail? 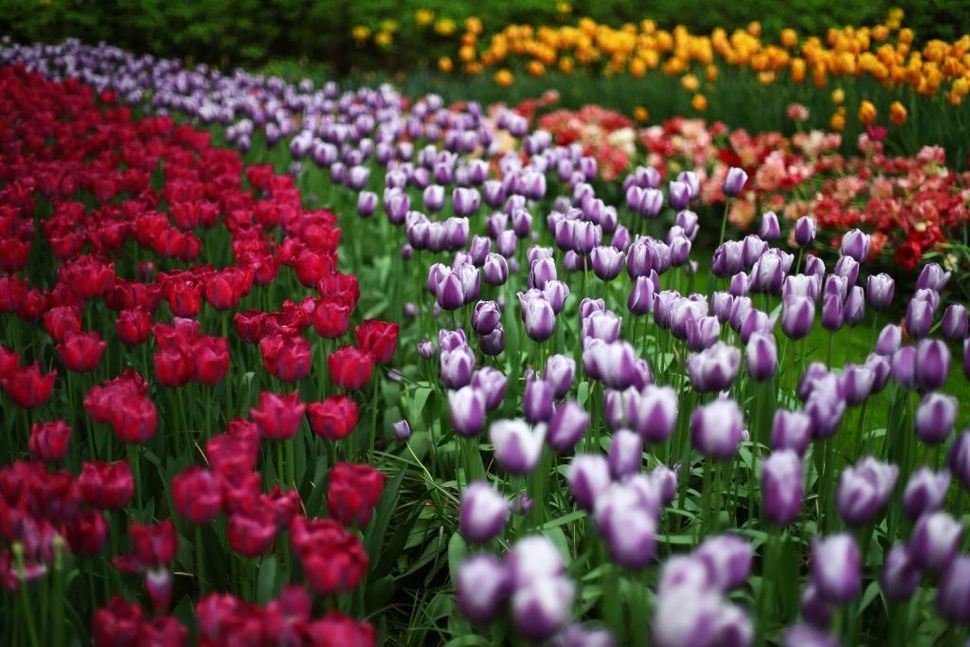 In 1637, a craze for hybrid tulips brought the Dutch economy to its knees. The flowers were overvalued, creating the first speculative bubble on record. The phenomenon, called “Tulip Mania,” ended in financial ruin for many.

Some 380 years later, a film called “Tulip Fever,” set during Tulip Mania and produced by Harvey Weinstein, also culminated in significant financial losses. Deborah Moggach, who adapted the film with Tom Stoppard from her 2000 novel of the same name, recently reflected on the movie’s troubled production before an audience at the Hay Festival in Wales.

Weinstein’s alleged sexual misconduct was only the final problem for the $25 million film, which was released in 2017 and lost an estimated $16.6 million. Its issues date back over a decade, starting when Steven Spielberg optioned the book in the early 2000s and flew Moggach to Hollywood. Moggach told her milkman, named Roger, of her travel plans, making an off-handed promise to allow him to appear as an extra in the film. When she returned to her home in England, she saw local papers running the headline “Milkman to Star in Steven Spielberg Film.” Calls from national papers in the U.K. soon followed.

That curious press was followed by disagreements over the script and Spielberg’s directorial vision, which plagued pre-production. By the time the film was ready to start shooting in 2004, the U.K. cancelled a tax loophole for films shot in the United Kingdom, precipitating the film’s cancellation over cost. In 2013, Weinstein came on to revive the project as producer, only to doom it when allegations of his sexual misconduct came to light.

But we can’t help but wonder: Were these wrinkles solely responsible for the “Tulip Fever” dumpster fire? Or was the film doomed because adaptations of books about flowers are inherently ill-fated?

Hear us out: Writing about flowers is near-impossible to translate to film, as evidenced by “Adaptation” (2002), a meta-fiction narrative about the writer Charlie Kaufman’s (Nicolas Cage) crippling writer’s block during his attempt to transform Susan Orlean’s (Meryl Streep) 1998 book “The Orchid Thief,” about a south Florida orchid poacher, into compelling cinema. While “Adaptation” is beloved and was critically acclaimed, it shows the pitfalls of taking the source text of a flower-based plot literally.

Those hazards were further realized in Clint Eastwood’s “The Mule” (2018), which is based on a New York Times article about a nonagenarian horticulturist (Eastwood) who transported cocaine in between earning accolades in flower shows. “The Mule” did fine at the box office and received lukewarm reviews, but it was shutout at the Oscars, depriviny Eastwood of yet another chance at a late career Best Actor win — an accolade he’d been chasing since his first nomination for “Unforgiven” (1992).

Even works that don’t feature flowers in their plot can be fumbled if, like Moggach’s book, they include flowers in their title. Look no further than “The Black Dahlia” (2006) based on James Ellroy’s novel about the infamous 1947 Los Angeles murder. It’s one of Brian De Palma’s worst-reviewed films; the movie failed to break even at the box office and marked the close of the director’s Hollywood period. (Since its release, De Palma has been working in Europe.)

All this to say: Hollywood executives, be cautious about seizing on the next big book about rose hyperinflation. You might be getting a thorny deal.

From ‘The Black Dahlia’ To ‘Tulip Fever,’ Are Flower-Based Films Doomed To Fail?