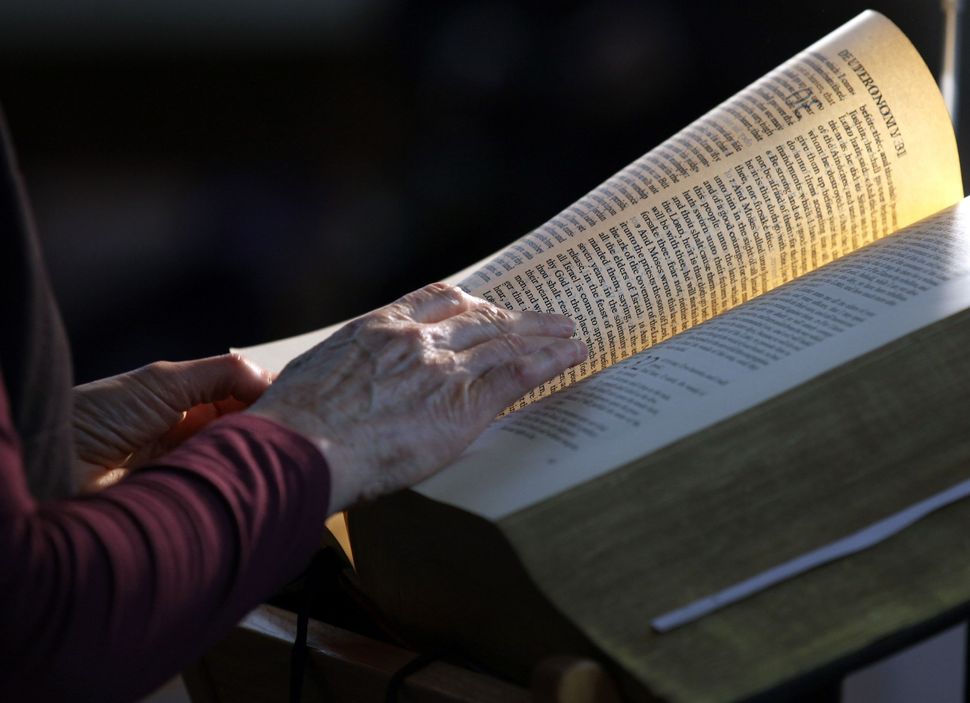 Someone reading the Bible. Image by Getty Images/Matt Cardy

The Bible may be the most-recognized book in the world, but its origins remain obscure. We can’t say with certainty who wrote much of it, when the bulk of it was composed or even where. But we now have a handy primer to the most significant theories about those questions in John Barton’s “The History of the Bible: The Story of the World’s Most Influential Book.” 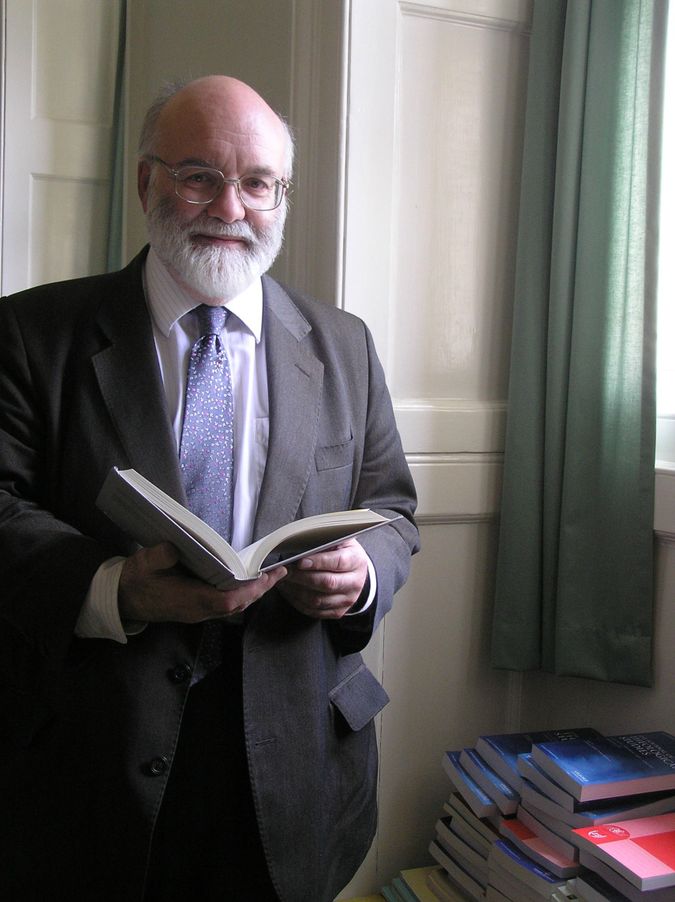 John Barton, author of “A History of the Bible.” Image by John Barton

Barton, an Anglican priest and Oxford theologian, manages to distill millennia worth of thoughts and theories into some 500 pages, beginning in the distant Mediterranean past and concluding in the present, in which Barton sees a proliferation of textual fundamentalists. But the book never strays far from the text of the Bible — a text that, Barton asserts, only accounts for some of what Jews and Christians believe. His work presents a compelling nuts-and-bolts explication of biblical genre and trends in its interpretation; with the rise of the aforementioned biblical literalists, it’s a history we need now.

The Forward’s PJ Grisar spoke with Barton, who lives in the United Kingdom, over the phone. The following conversation has been edited for length and clarity.

PJ Grisar: You’ve written in the past, separately, about the Hebrew Bible and the composition of the Christian Bible. Why did you decide to undertake a whole history of both books at this moment?

John Barton: It was a suggestion from Penguin [Random House] rather than my idea. I thought it was a megalomaniac kind of project when the editors asked. And then I thought, “Well, I don’t know.” Perhaps it would be possible to write a history of the whole Bible, and so I thought I’d give it a go. I did want to write something that would be of interest to people whether they’re religious or not. And perhaps even whether they were Christian or Jews.

Your section on the Hebrew Bible contains a theory new to me: That the books supposedly written by Moses and biblical texts about Abraham may be more or less contemporary in origin, and that two discrete groups of what would become Israelites arrived in Canaan around the same time. As you note, some even believe that the population of Israelites that departed Egypt may have predated Abraham. Can you speak a bit to that idea?

Once you start to take these stories apart and say “Well, maybe there was no grand narrative from early on about the whole people and local traditions,” then the possibility that the [texts] that appear earlier in the Bible are actually from later becomes a possibility.

In the book, you assert that the Hebrew Bible is essentially, as you call it a “national literature.” But Christians read the older texts of the Hebrew Bible as prophecy in what you call the “rescue mission model,” which focuses on Adam and Eve’s original sin and the New Testament’s redemption. How can we reconcile those two approaches?

The texts are extremely complex, and if you’re going to work at some kind of unity, you’ve got to have some model or key. What Christians have done is take a model from outside the Hebrew Bible, the Pauline model of what I call the “rescue mission,” and use that as a lens through which to read the Hebrew Bible. My own preference as an academic is to say “There could be a lot of other possible models if you wanted to see unity in the thing.” On the whole, I don’t see unity in the thing. I see it as a collection of very diverse texts with certain common themes, but no overarching thrust.

Do you feel it’s important for these two faiths to understand each other’s origins more fully?

I do. I’ve had quite a lot of involvement in Christian-Jewish dialogue, and it seems to me that before we can disagree we need to understand what the other’s saying. On the Christian side there’s a tendency to say “We have a series of questions for which we have to find answers. What are your answers to those questions?” And that won’t do, because the questions might be different. I do think mutual understanding is vital. At the end you might get a disagreement, but at least it’s informed.

You seem concerned about the rise of religious fundamentalism, particularly within the United States.

I am concerned about fundamentalism. My perception is that it is more widespread in the States than it is in Britain, and certainly in continental Europe, where it’s not a very big factor at all. I’m concerned with it because I think it mistakes the text, and really force[s] the text to answer questions that it doesn’t want to answer.

Part of your thesis is that while biblical texts are essential, both faiths have crucial tenets and traditions that exist outside of them. For Jews you use the example of the specifics of the ritual of wrapping tefillin; for Christians you cite the nature of the Trinity.

Jews I’ve spoken with have said, “We don’t pretend that everything in Judaism is in the Tanakh,” and sensible Christians say the same: Not everything is in the New Testament. But fundamentalists have this idea that the Bible and the faith are absolutely coterminous. So, you have to find everything you want to believe in the scripture, and to do that you have to distort the scripture.

What excites you about biblical scholarship at the moment? Are there new trends or schools of thought that you see arising?

One of the problems of biblical scholarship is how diverse and sort of fragmented it is. There are people writing theologies of the Bible — there’s a very good one by Konrad Schmid, who teaches in Zurich. But on the whole, I find the present state of biblical studies a bit depressing because it isn’t going anywhere in particular.

What’s your favorite part of the Bible?

I suppose it has to be Isaiah, which I’ve written on and find endlessly fascinating.

It doesn’t have the greatest significance for Jews, but so much is made of it in later Christian theology.

That’s where I’m coming from. Deep down, I share the Christian interest in prophecy rather than Torah. I suppose that’s my background.