The Problem With Measuring Jewish Poverty 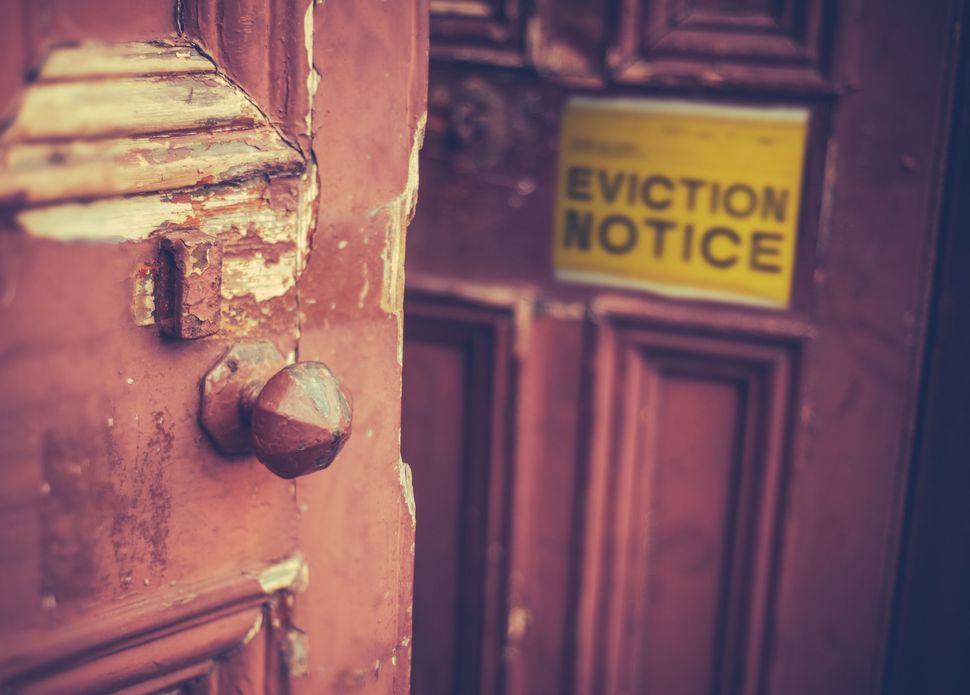 Poverty in America Image by IStock

This essay is part of an ongoing series about Jewish poverty. Previous entries in the series can be found here, here and here.

Jewish communal organizations have long been concerned about poverty among American Jews. Many of them trace their origins to helping impoverished Jewish immigrants. Today, federations, agencies and foundations continue to address both the sources and consequences of poverty in the Jewish community.

The communal fight against poverty depends, first and foremost, on understanding its scope. Recognizing this, the Harry and Jeanette Weinberg Foundation recently issued a report that pulls together much of what we know about Jewish poverty and economic vulnerability in this country, primarily from local community studies, but from several national studies as well.

Yet in bringing this information together in one place, the report highlights the ways these studies, despite all they have contributed to our understanding of Jewish poverty, have come up short.

To begin, the studies haven’t measured poverty consistently. We tend to think of poverty in terms of income, and nearly all surveys ask respondents about their household’s income. But the income brackets respondents are offered vary from survey to survey; for example, the lowest bracket in some surveys is less than $15,000, while in others it is less than $25,000. This hampers our ability to systematically compare levels of, and trends in, poverty across local Jewish communities.

Further, only a relatively small number of surveys of Jews collect income data that aligns specifically with the income levels the federal government uses to define poverty. Because the federal government does not identify Jews in its surveys, the absence of identical measures in Jewish surveys means we can’t compare Jewish and general poverty levels.

Income, though, is not the only way to measure poverty. Most Jewish surveys ask respondents to assess their own financial situation and use response options that range from negative to positive. And a growing number of surveys have started to use what we call hardship measures, asking respondents whether they’ve been unable to pay for food, medicine, housing, clothing or monthly bills. Unfortunately, they ask these questions in different ways and offer different answers, and those inconsistencies again make direct comparisons difficult.

The second way our surveys fall short is that they measure poverty only at the time of the survey. Studies among Americans as a whole have disproven the conventional wisdom that poverty is long-lasting and confined to a small segment of society. Instead, these studies have shown that many people cycle in and out of poverty over time, and that more than half of all Americans have experienced a spell of poverty during their lifetimes.

No survey of American Jews has asked whether respondents previously experienced poverty or economic vulnerability. The implication is clear: by not asking about past experiences with poverty, we are almost certainly undercounting the total share of American Jews who have suffered a period of economic distress, and in turn we are undercutting the importance of mobilizing the fight against it. We are also losing an opportunity, through follow-up qualitative research, to learn how those Jews moved out of poverty.

Third, there are topics directly related to poverty where we can do better in terms of measurement and analysis. Just as few surveys of Jews ask questions that align with federal poverty levels, few ask questions that capture up to 150% or 200% of the federal levels. Many policymakers and practitioners believe these slightly elevated income levels, sometimes referred to as near-poverty, are more realistic indicators of economic deprivation.

Why has there been such an inconsistent, scattershot and episodic approach to measuring poverty? The underlying reason is that a decentralized communal structure produces decentralized research. The major contributors to poverty research — federations, foundations, national Jewish organizations and researchers — have selected measures of poverty that serve their needs, priorities, interests and perspectives, with no coordinating mechanism among them.

We could continue on this uncoordinated path. After all, Jewish communities and organizations vary, and their different interests and priorities should be respected. Moreover, different choices by researchers naturally arise in a thoughtful, vibrant, and innovative research environment.

But if we value consistency and comparability, and we want to address the shortcomings of poverty research to date, some coordination is needed. To that end, research sponsors and researchers themselves should work towards adopting a core set of identically-worded poverty measures on their surveys of American Jews.

Five key measures provide a good starting point: the federal poverty guidelines; 150% of those same guidelines as an indicator of near-poverty; current hardship measures related to food, housing and health care; parallel hardship measures for a period of time in the past as an indicator of previous experiences with economic vulnerability; and a subjective assessment of current financial situation. Reaching consensus on core measures — especially on how the hardship and subjective measures are worded — will require compromise, but with well-intentioned give-and-take, the field can get there.

Beyond this, organizations and researchers can use additional poverty measures that reflect their distinctive interests, priorities, and preferences, and expand the analysis of poverty through differences lenses, such as income inequality. But implementing a core set of measures should be a priority. Doing so will strengthen our shared understanding of the scope of impoverishment and economic vulnerability among American Jews, and, importantly, will contribute to the community’s long-standing effort to alleviate the poverty in its midst.

Laurence Kotler-Berkowitz, Ph.D., is senior director of research and analysis at the Jewish Federations of North America, where he also manages the Berman Jewish DataBank.

The Problem With Measuring Jewish Poverty