Activists In Rome Are Countering Hate Symbols With Art 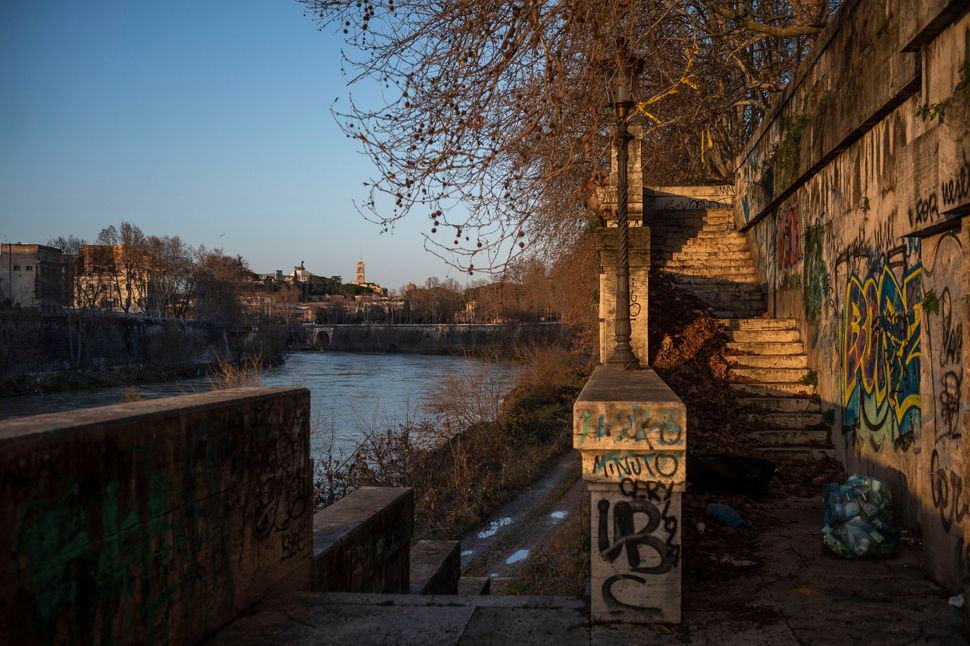 On the streets of Rome, two factions are engaged in a war of words and images. On one side is a group that appears to have far-right sympathies, scrawling swastikas and Celtic crosses on crosswalks, in alleys and on walls. On the other side: a group countering these symbols with poetry.

It started on the evening of May 28, when Nazi-related graffiti, which has become pervasive in Fiumicino in Greater Rome, was posted over with verse, according to The Independent’s Alessio Colonnelli. Among the poems used were Shakespeare’s Sonnet 28 and work by Rimbaud and the gay poet Sandro Penna.

“The authors of this flash-mob [left] neither signatures nor any claims to explain what for them was, in all likelihood, a clear message anyway: poetry is the best response to hatred,” La Repubblica’s Valeria Costantini, who was quoted in translation on Colonnelli’s blog, wrote. “The surprise was great among [Fiumicino’s 80,000] people, yet no one removed the sheets: many stopped to take pictures, and then shared them on social media.”

But by May 30 the nocturnal anti-fascist campaign faced a backlash. Colonnelli reported that members of the local far-right tore the poems down or spray-painted swastikas and Celtic crosses over them.

While the swift reprisal was discouraging, another sortie in the same district showed that residents won’t stand idly by while art is defaced. When public posters of masterpieces, including Giuseppe Pellizza da Volpedo’s pro-worker painting “The Fourth Estate,” were found shredded, local street artists responded by posting tongue-in-cheek obituaries for the artwork at the site of the vandalism.

The postering battle in the public square comes at a time of rising right wing populist sentiment in Italy embodied largely by the person of Deputy Prime Minister Matteo Salvini. But if these flyer-wielding activist poets and artists who strike by night and take no credit are any indication, the resistance might be coming for him.

Activists In Rome Are Countering Hate Symbols With Art