Varian Fry Saved Europe’s Artists From The Nazis. His Story Is Stranger Than Fiction.

If you frequent progressive circles, you have likely encountered some form of this refrain: “If you ever wondered what you would have done during the Holocaust, now is the time to find out.”

The answer, as it often happens, is wait.

You wait for those in power to develop a moral compass. You wait to see if a humanitarian really will get convicted for putting food and water in the desert for migrants. You wait for the next election. And the one after that.

And you wait for things to get bad enough that you might do something meaningful in response. Not just call your representatives; not just send some money to some organization doing something helpful; something that will directly help someone in need, tangibly and immediately.

Julie Orringer’s “The Flight Portfolio,” a substantial new novel about Varian Fry’s attempt to rescue Europe’s endangered artists and intellectuals during the Nazi occupation of France, is a rare entry in the ever-popular genre of Holocaust literature, in that it is a novel of the wait. Fry, an American journalist who from 1940 to 1941 helped between 1,000 and 4,000 refugees escape Europe, was in 1994 named Righteous Among the Nations by Yad Vashem. But while history has lauded Fry’s activity as a bringer of wartime aid, both he and those he helps spend most of the 575-odd pages of “The Flight Portfolio” waiting for various events, desirable and otherwise, to transpire. They wait for visas to come through; for the wealthy donors behind Fry’s mission to find more desperately-needed funds; for secure routes out of France to open; for Vichy or Nazi raids to doom them all. And Fry, the book’s central character and conflicted moral core, waits for his own set of narrative circumstances to propel him into motion. He waits for the courage to tell his wife, back in New York, that he is in love with someone else. He waits for evidence that his new lover has, depending on the day, either deceived, forgiven or abandoned him. He waits for absolution for long-ago crimes, both real and of the heart. 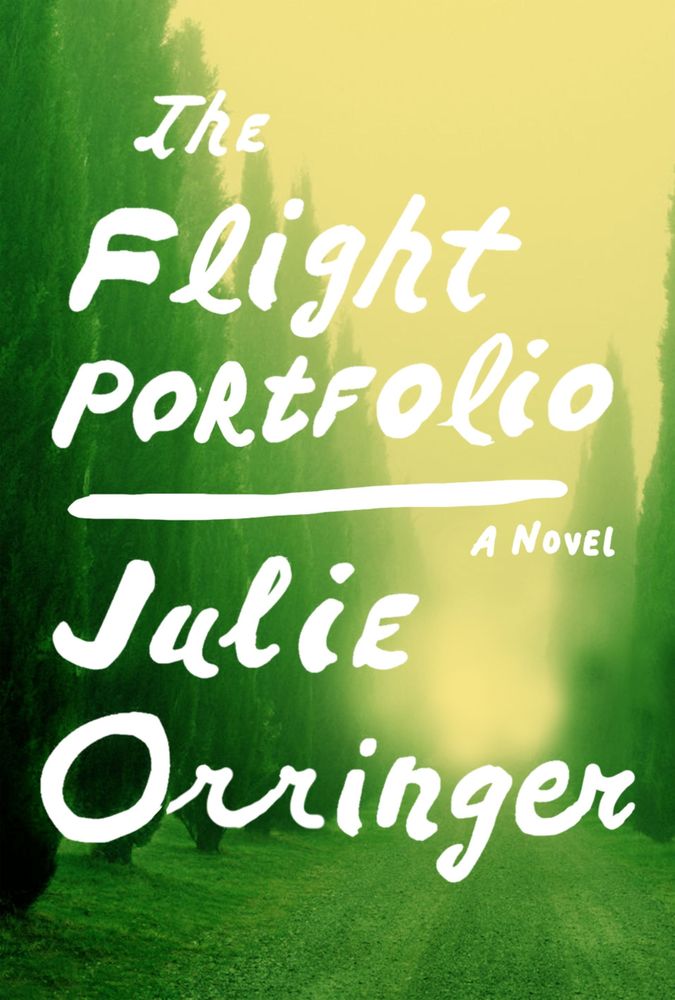 Julie Orringer’s “The Flight Portfolio” Image by Courtesy of Knopf

It’s to Orringer’s credit that this wait is often transfixing, despite the fact that “The Flight Portfolio” is substantially overwritten. (I would like to receive a personal apology from whichever editor approved this painfully florid sentence: “In a close-fitting afternoon dress of viridescent silk, the sun illuminating her corona of chaff-colored curls, she looked like nothing so much as a young Apollo in drag.”) But the novel, despite its self-conscious literary flourishes — “a cold cataract of memory poured through him;” “the seat of Varian’s bicycle, a hard narrow beak of leather and rubber, cut his gluteals viciously” — works toward a mostly interesting outcome. Fry’s successes thrill, and his failures sting. The community of talented and terrified refugees with whom he surrounds himself feels enticingly real. Less enticing, but as real, is the state of surreal suspension, spiked with sex and no small amount of alcohol, in which that community finds itself.

But what’s curious about “The Flight Portfolio” is the extent to which Orringer has crafted the novel’s narrative and moral arcs around characters, and conflicts, that never existed. Historical fiction is still fiction, and it’s an author’s prerogative to futz with the facts in service of the story. But of the five characters involved in the novel’s ethically torturous climactic storyline, only one, Fry, is real. It’s an unusual choice. “The Flight Portfolio” is, at heart, interested in the moral contingencies of civilian life during war, but Fry’s moral anguish — the force that spurs the book forward — is, at its most determinative, a work of invention. That makes a story that bills itself as a visceral immersion in an unspeakably fraught situation difficult to fully buy. Those circumstances are, after all, constructed. They don’t make for a reimagining of the terrible tensions under which Fry presumably lived and worked. They imagine how he might have responded to different and more intimate tensions, in addition to the extra big one of the Nazis.

This wouldn’t be a meaningful issue were Fry also fictional. But given the particulars of the plot involved — in broad strokes, it involves a fictional rescue that comes at great personal cost — it feels a little icky, as if Orringer had decided that Fry’s story was, according to the information available through the historical record, not high-stakes enough to be interesting. Also disquieting: Orringer has shaped Fry’s life story, in “The Flight Portfolio,” around a then-taboo homosexual relationship with the entirely fictional Elliot Schiffman Grant, whose fictiveness is only made clear in Orringer’s closing author’s note. There’s ample evidence that Fry was queer, but, for obvious historical reasons, he was never out. Still, it’s makes one somewhat queasy to see Orringer take such ownership of Fry’s personal story, and with his closeted sexuality, as to shape the entire emotional arc of his adult life around a completely imagined affair. If he were fictional, the affair would make for a persuasive affective storyline. Because he was real, it feels like authorial liberty taken too far.

Anyway, that climactic rescue — and I suppose this is a mild spoiler — puts Fry’s personal interests, and specifically his love for Grant, in conflict with the interests of his mission, a conflict that invites chiding from his friends and clients and much internal howling-at-the-moon. It’s a scenario that forces both characters and readers toward pat musings about the impossibility of making the right choice in war, or the fallibility of the human conscience, or the true value of a life, or, well, you get the picture.

And because the situation is a mixture of the real and fictional, a construction purposely engineered to invite those questions, it neatly evades the real complexities of life at war, in which most choices do not clearly pit your heart’s desire against the cultural future of the Jewish people, and possibly the world. Giving Fry such a choice makes “The Flight Portfolio” a more engrossing read, but robs it of some value. Orringer is clearly aware of that. At key points, various characters pop up to usefully remind Fry that his entire quest is based on a questionable qualitative measure of the worth of human lives, and is, therefore, perhaps less than fully heroic. But those challenges serve only to accent Fry’s story; they push his personal plot forward, but never meaningfully inform it.

Orringer had no obligation to deliver a morality tale, but as her novel so clearly strives to be one — at least in part — one wishes that she had stayed more interested in the nauseatingly confusing purgatory through which Fry, in life, day by day had to wade. “What is more American than wild hope?” one of Fry’s collaborators asks him, at a moment when courage is called for. What is more American? Perhaps the fantasy of what happens next: A young Hannah Arendt tells Fry, upon first meeting him, “You’ve done your best, I’m sure.” If only it were so easy.

Varian Fry Saved Europe’s Artists From The Nazis. His Story Is Stranger Than Fiction.