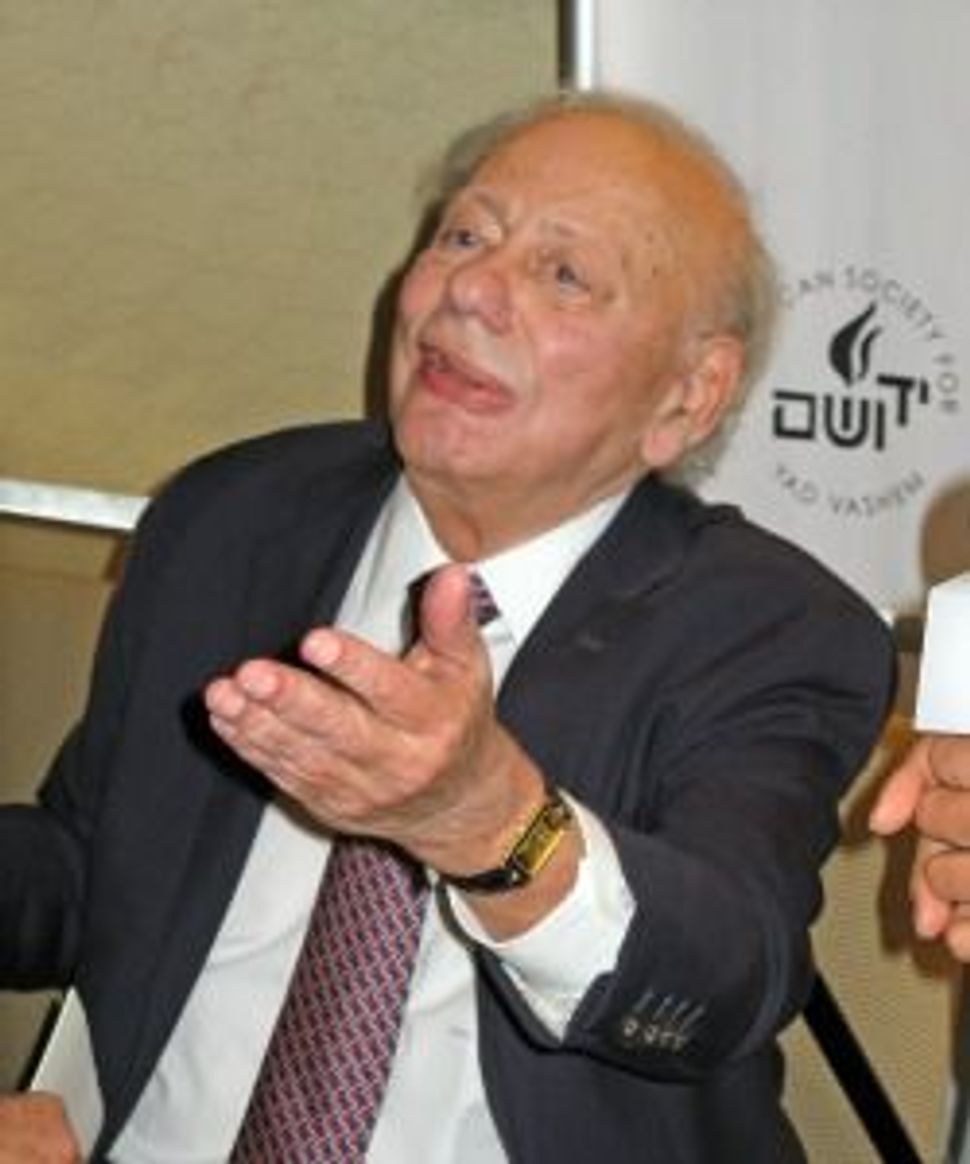 “The Torah calls on us repeatedly Zachor — Remember! “said Sigmund Rolat as he accepted the “Remembrance Award” from Societies’ chair Leonard Wilf.

Entrepreneur, philanthropist and major mover behind The Museum of the History of Polish Jews in Warsaw which opened on October 28, 2014, Rolat told the 700 guests: “Even the least religious among us observe this particular mitzvah—a true cornerstone of our identity — remember! L’dor V’dor — from generation to generation…The great writer Milos Kundera wrote that the struggle of man against power is the struggle of memory against forgetting. Yad Vashem is fighting that struggle…against the power of hatred and death. It protects, it cherishes the memories of the survivors, enshrines the millions who were lost—not as numbers but as individuals.” 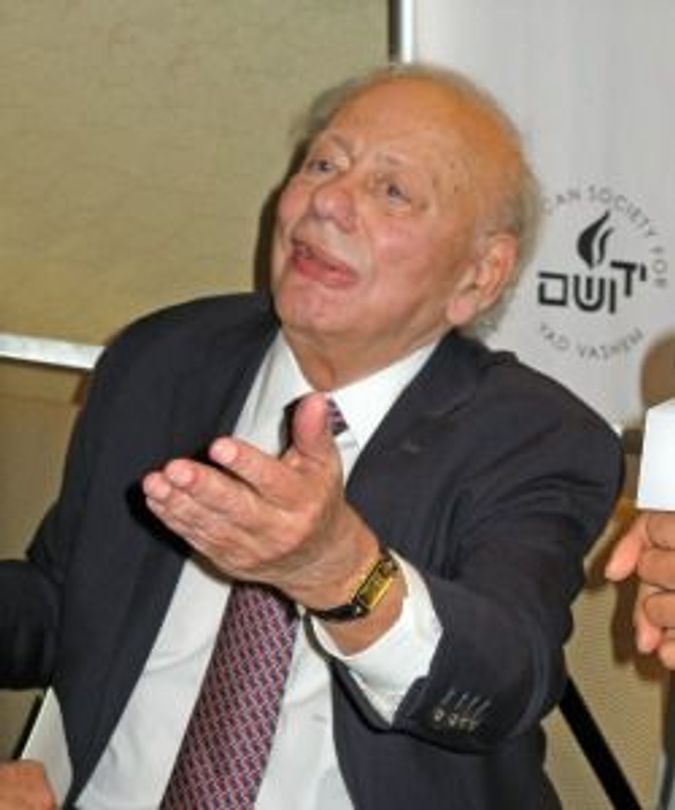 A former child slave, Rolat recalled his 18-year old elder brother Jerzyk’s last words to him in November 1943 as they hid in an attic following the liquidation of Czestochowa’s big ghetto. “…At 18, he was leaving with five young friends to fight the Germans. As he embraced me one last time, he told me to remember all I saw— musisz zapamietac!— Zakhor! Those last words guided me throughout my life.” On October 13, 2013 Rolat was presented with Poland’s Commander Cross of the Order of Merit of the Republic of Poland’s from president Bronislaw Komorowski at New York’s Polish Consulate.

“I’m proud of my father for his actions during the war,” said James Fry, youngest of Varian Fry’s three sons. “But I also regret that he didn’t obtain much recognition in his own lifetime. As the Marseilles representative of the New York-based Emergency Rescue Committee, from August 1940 to September 1941, Fry aided 4,000 refugees. He was responsible for the escapes of from 1,200 to 1,800 prominent European writers artists, intellectuals and politicians targeted by the Gestapo—most of them Jews. They include Franz Werfel, Marc Chagall, sculptor Jacques Lipschitz [and Hanna Arendt]… In 1944 he became the first American to be named Righteous Among Nations by Israel’s Yad Vashem Holocaust Memorial—although few Americans know of the dangerous activities for which he was honored.”

Accepting her grandfather’s award, Meyer — a noted floral designer — said, “For my grandfather’s sake, all awards should only go to Varian Fry because without his courage…Chagall would never have been able to continue painting …and I wouldn’t be here either!”