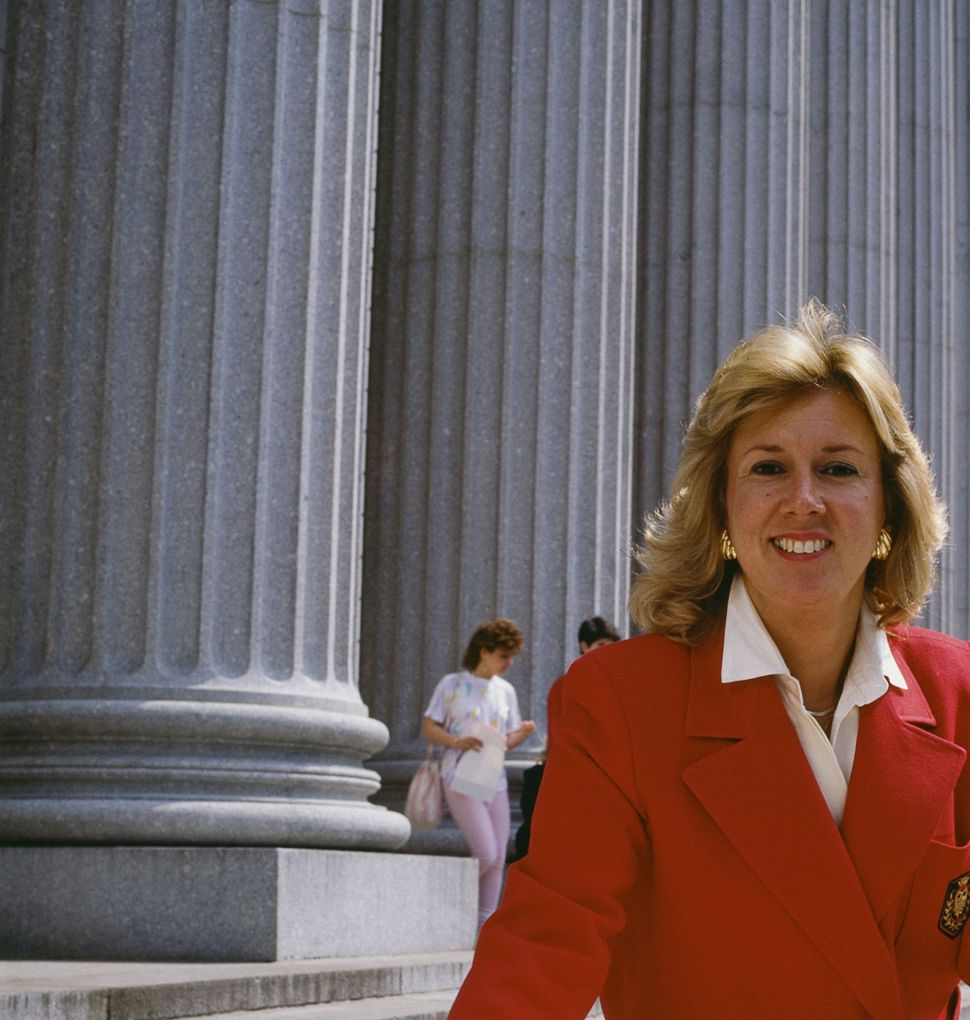 In the days following the release of Netflix’s four-part series “When They See Us,” a call for justice swept the internet. The series, director Ava DuVernay’s dramatization of the infamous wrongful conviction of five black and Latino teens for the 1989 rape of a female jogger in Central Park, spawned a widespread demand that Linda Fairstein, one of the lawyers behind the convictions, face consequences.

Fairstein, who was the head of the sex crimes unit of the New York District Attorney’s office at the time of the trial, has been targeted with the hashtag #CancelLindaFairstein. The former prosecutor’s role in the case of the Central Park Five previously came under scrutiny in 2002, after a serial rapist named Matias Reyes confessed to the attack on the jogger, Trisha Meili. DNA evidence confirmed Reyes’ confession, but not before the members of the Central Park Five had completed prison sentences of between six and 13 years. But the Netflix series has spurred a more extensive push to reexamine Fairstein’s part in the wrongful convictions, including requests that she be removed from board positions and a call to boycott her popular mystery novel series, which follows the adventures of one Alexandra Cooper, a fictional Assistant District Attorney of the Manhattan Sex Crimes Unit.

DuVernay’s miniseries presents Fairstein, who led the sex crimes division for 25 years starting in 1976, as the guiding force behind the prosecution’s case. Huffman, as Fairstein, often appears at the ear of lead prosecutor Elizabeth Lederer (Vera Farmiga), advising her to overlook the teenagers’ conflicting confessions.

The depiction renewed outrage against Fairstein, and the resulting campaign brought quick results. Within a week of the series’ release, Fairstein resigned from several prominent boards, including those of the charities Safe Horizon and Joyful Heart, both of which aid victims of sexual violence, and the Board of Trustees at her alma mater, Vassar College. Fairstein maintained in several of her resignation letters that the characterization of her in the Netflix series, in which she is portrayed by actress Felicity Huffman, is “grossly and maliciously inaccurate.” But it remains unclear why she did not ultimately discuss her characterization with DuVernay and her team.

Following Reyes’ 2002 confession, all five men sentenced in the jogger case had their convictions vacated. The men, who, in 1989 had been between 14 and 16 years old, continue to insist their confessions were coerced.

In a June 2 interview with the Daily Beast, DuVernay said that she reached out to Fairstein and Lederer early on so they might share their perspectives and help inform the screenplay. DuVernay said that Fairstein demanded final approval of the script, a request DuVernay denied. Fairstein’s lawyer, speaking to The New York Times, denied that this demand was made. Fairstein, he said, “only requested that Ms. DuVernay take into account public records, transcripts, and written testimonies when writing her script about the Central Park Five.”

Jane Rosenthal, one of the show’s producers, at the Produced By conference in Burbank, California on June 9 that Fairstein’s “point of view was clearly that she didn’t want us talking to the five men if we were talking to her.”

Fairstein has objected at length to “When They See Us,” calling its account of events “an outrage” and “an outright fabrication” in a May 10 op-ed in the Wall Street Journal and citing specific instances where she believed DuVernay to have taken liberties. The show, Fairstein argued, wrongly framed her as “an overzealous prosecutor and a bigot.” And, she wrote, the series’ thesis that the Central Park Five were wholly innocent is, in her opinion, a false narrative. The five teens, she wrote, were part of a larger group of men gathered “for the purpose of robbing and beating innocent people in Central Park” who initially confessed — before recanting — to “grabbing [Meille’s] breasts and legs.” Two of the five, she noted, “admitted to climbing on top of her and simulating intercourse.”

“Nothing Mr. Reyes said exonerated these five of those attacks,” Fairstein wrote, “And there was certainly enough evidence to support those convicted of first-degree assault, robbery, riot and other charges.”

Not all agree that the lesser crimes mentioned by Fairstein, who wrote she agreed with the decision to vacate the rape charge, carried much weight. The District Attorney’s office, who issued a report on the case in 2002 found that the evidence for the crimes “consisted almost entirely of the defendants’ statements.” The Times notes that the NYPD’s own report following the Reyes admission found “no new evidence or reason to review the old evidence regarding those crimes,” appearing to be consistent with Fairstein’s assertion in the op-ed.

Fairstein also pointed out that the juries on the jogger case charged the Central Park Five of “acting in concert” with the unknown rapist, aware that the main assailant had not been caught. In the op-ed, Fairstein did not mention DuVernay’s attempts to contact her, nor what conditions she might have had for agreeing to a meeting.

Responding to the op-ed on Twitter, DuVernay wrote “Expected and typical. Onward…”

Before the release of “When They See Us,” the most recent uproar over Fairstein’s prosecution of the Central Park 5 came from the insular world of American mystery writers.

Last November, the Mystery Writers of America awarded Fairstein, who began publishing crime fiction in 1996, a “Grand Master” award to be presented at its annual Edgar Awards. Following the announcement, a number of fellow writers publicly questioned the MWA’s choice, pointing specifically to Fairstein’s work on the Central Park Five case. In an [LA Times op-ed (https://www.latimes.com/books/la-et-jc-mwa-linda-fairstein-20181127-story.html), the novelist and lawyer Steph Cha wrote “[I]n her former life working for the Manhattan district attorney’s office, [Fairstein] oversaw the prosecution of the Central Park Five. She shouldn’t be the toast of a black-tie literary gala — she should be notorious.”

The MWA responded to the controversy by cancelling Fairstein’s award.

“After profound reflection,” the association said in a statement “the Board has decided that MWA cannot move forward with an award that lacks support of such a large percentage of our members.”

Fairstein’s future in fiction appears to be on shaky ground following the debut of “When They See Us.” On June 7, her publisher, Dutton, an imprint of Penguin Random House, announced it was dropping her from its roster of authors.

In an interview with Oprah Winfrey to be broadcast on June 12, DuVernay was asked what she made of the reckoning faced by Fairstein.

“I think that it’s important that people be held accountable,” DuVernay said, “and that accountability is happening in a way today that it did not happen for the real men 30 years ago.”