Is This Book About ‘Global Power’ Anti-Semitic? 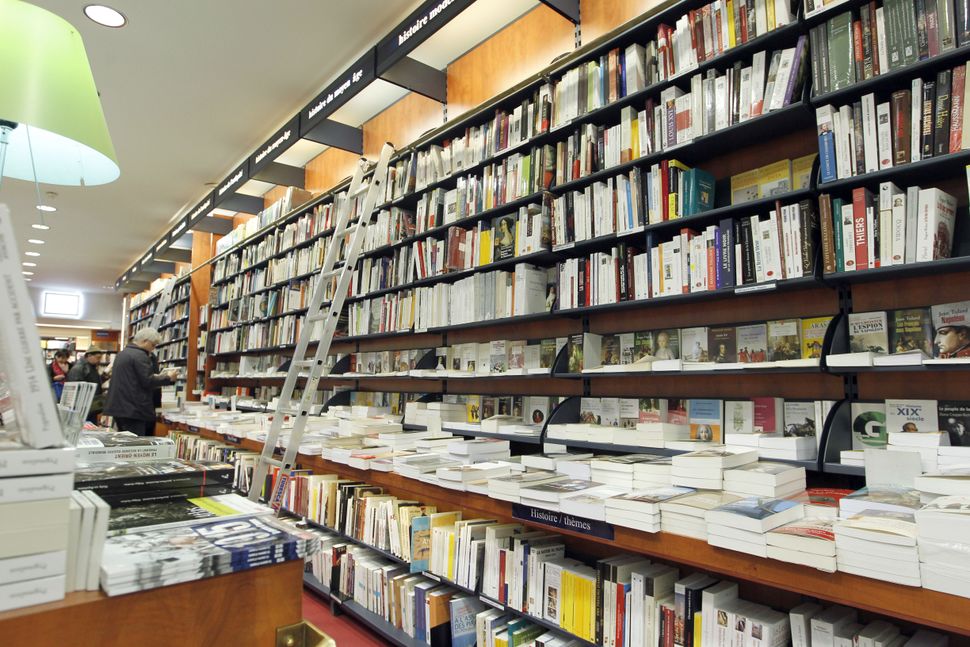 A book by a Spanish colonel, released in translation in the U.K. in April, contained several passages about the Rothschilds, George Soros and their purported control over global events in its original Spanish edition according to a concerned author and Twitter user. The book’s cover features grasping octopus tentacles, a regular feature of Third Reich political cartoons seeking to convey Jewish dominance and a creature Hitler used in “Mein Kampf” as a metaphor for a Jewish plot of international control. The book is called “How They Rule The World: The 22 Secret Strategies of Global Power” and is about how powerful countries and individuals exercise control over geopolitics. According to Penguin Random House, its U.K. publisher, it is not an anti-Semitic book and the author’s opinions aren’t anti-Semitic either.

In response to complaints of anti-Semitism brought on Twitter by British spy novelist Jeremy Duns on May 31, Penguin has defended the book’s author, Pedro Baños, The Guardian reports.

Penguin issued a statement, claiming that following a “thorough” review, “[O]ur conclusion was that whilst the author clearly expresses robust opinions about geostrategies and geopolitics, focusing on the historical, psychological and social reasons for the alleged global domination of many different groups, he does not in our opinion express views in this publication, including in the parts omitted, that are antisemitic (sic). Nor are there any legal concerns with this book or any known reputational issues with the author.”

Baños is a respected military officer in Spain and once served as the chief of counterintelligence and for the European Army Corps and, according to the Penguin imprint Ebury Press, “one of Europe’s top specialists in geopolitics, terrorism and intelligence.”

Duns, who accused Penguin of scrubbing objectionable material to publish the work of a conspiracy theorist, first discovered the book when he saw an image of it on Twitter. He immediately saw cause for concern, Tweeting of the book’s cover and title, “that’s two for the price of one tropes commonly seen in antisemitic literature: the octopus tentacles as power, and the title ‘How They Rule The World.’”

Duns did some digging on the author, documenting his findings on a Twitter thread. In his research, he found quotes Baños made to the Spanish media which seem to indicate a conspiratorial line of thinking. In a Spanish TV interview unearthed by Duns, Baños implies that Israelis were behind the Kennedy assassination and, in other interviews with the press, Baños likened the Rothschilds to the Illuminati.

The Rothschilds, Duns found, are a regular feature of Baños’ public comments and are regularly invoked in online forum discussions about the author. So he was surprised that he could find no mention of them in the English text of Baños’ book.

To get to the bottom of it, Duns bought a Spanish version and discovered that the Rothschilds were included in that edition.

In one section, translated by The Guardian, Baños writes “It is clear [the Rothschilds’] economic power is gigantic. As is their ability to influence in all senses, an aspect that, when considering their traditional distance from the media spotlight, has led to multiple speculations about their capacity to intervene in key global decisions.”

The Guardian did not publish an explanation from Penguin as to why the passages on the Rothschilds were omitted from the English translation — it’s unclear if Penguin included such an explanation in the full statement.

The publisher did address the use of the octopus on the book’s cover, telling The Guardian the tentacles were selected “to reflect the octopus as a symbol of domination by an imperialist power.” The publisher also noted that the symbolism “has been widely used in political imagery from the 19th Century onward by many cultures about their most feared geopolitical rival, which is very pertinent to the subject of the book.”

Last week on Twitter, Baños dismissed allegations that his book was anti-Semitic, appearing to characterize these concerns as a ploy to take down his writing.

Penguin insisted that it did not make its determination of Baños’ book lightly.

“As a publisher who takes our responsibilities to our readers and our authors extremely seriously, we always undertake careful due diligence before committing any book to publication, and this book was no exception,” the publishing house told The Guardian.

According to Duns, in the Spanish edition, Baños asserts that Soros enriched himself by bankrupting the Bank of England, dedicates three pages to DCLeaks involving Soros’ hacked documents and makes a reference to Prime Minister of Hungary Viktor Orbán’s distrust of Soros.

According to Duns, the Penguin version does not include the Bank of England and Orbán references and the DCLeaks material is stripped of most of its detail. Duns also noted that in the DCLeaks portion of the English version — evidently in a part of the book focused on cyber election influencing — Baños mentions billionaire and Trump supporter Robert Mercer and Cambridge Analytica, a consulting firm of which Mercer was a partial owner of before it ceased operations in 2018, following revelations of its data mining through Facebook. Duns believed the addition of Mercer and Cambridge Analytica was an attempt to make the book appear more balanced to an English audience.

“While it’s possible [Baños] edited the English version himself to remove references to his theories about the Rothschilds and George Soros, Orban’s hatred of Soros, and so on, and added in some stuff about Mercer and Cambridge Analytica – I somehow very much doubt it,” Duns tweeted.

Is This Book About ‘Global Power’ Anti-Semitic?