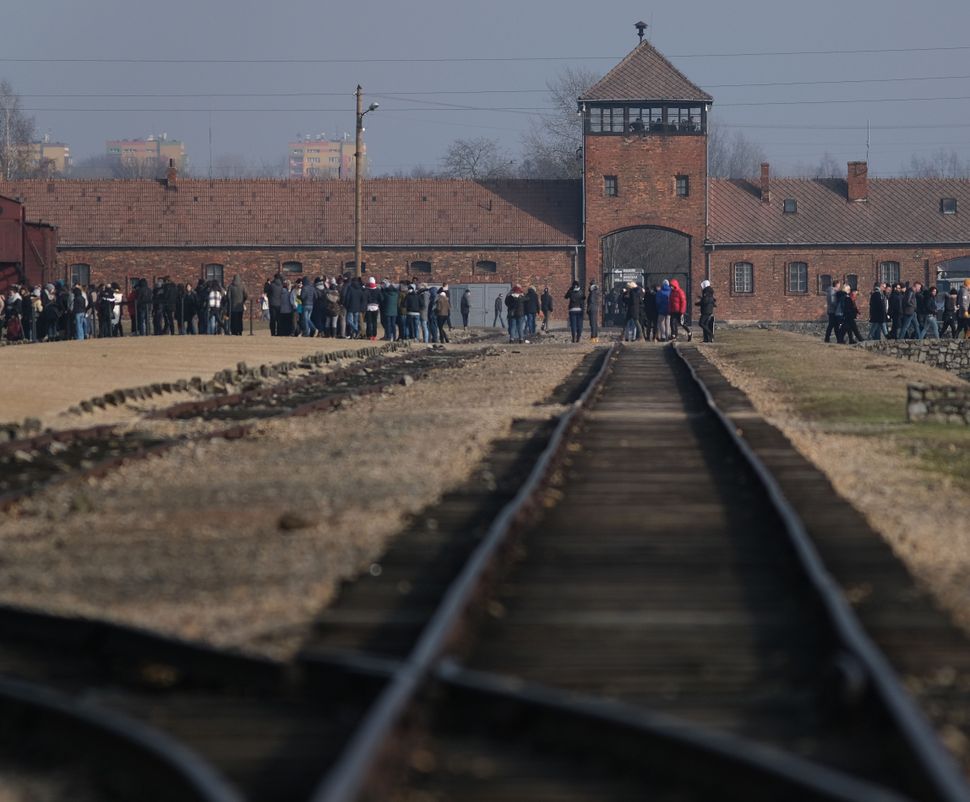 After Ocasio-Cortez said in an Instagram live video that “The U.S. is running concentration camps on our southern border,” Cheney, the daughter of the former vice president, tweeted “6 million Jews were exterminated in the Holocaust. You demean their memory and disgrace yourself with comments like this.”

First, it’s worth pointing out that “concentration camp” is a term that exists across many languages. According to Merriam-Webster, “concentration camp” was first used in English in 1897. The term became associated with the Holocaust because the Nazis used the German term Konzentrationslager, abbreviated as KL or KZ and commonly translated as “concentration camps,” to refer to their detention facilities for political prisoners. Eventually, the Nazis established 42,000 such camps throughout Europe. Konzentrationslager served three purposes: To imprison people the Nazi regime viewed as a security threat; to murder people; and to provide forced labor.

This is the U.S. Holocaust Museum’s definition of “concentration camp”:

“The term concentration camp refers to a camp in which people are detained or confined, usually under harsh conditions and without regard to legal norms of arrest and imprisonment that are acceptable in a constitutional democracy.”

The stipulation that concentration camps exist “without regard for legal norms” is what has led many historians to state that in their view, Ocasio-Cortez’s comparison of detention camps at the U.S border to “concentration camps” is accurate. As Faith Hillis, an associate professor of Russian history at The University of Chicago and faculty member at the Greenberg Center for Jewish Studies, tweeted, France was among the countries to establish such camps before World War II.

Adding to the chorus of historians thanking @aoc for her precise and accurate language. In WWI, France used emergency executive powers to inter foreigners whom the government believed might pose a security threat in “camps de concentration.”

“Many Russians were interred [in the camps de concentration] for years in gruesome conditions and without trials on the basis of no evidence, beyond their nationality,” Hillis wrote. “I’ve read the files, and the police admit this openly. Not all concentration camps look like Auschwitz.”

“A place where large numbers of people (such as prisoners of war, political prisoners, refugees, or the members of an ethnic or religious minority) are detained or confined under armed guard — used especially in reference to camps created by the Nazis in World War II for the internment and persecution of Jews and other prisoners.”

But it turns out that Merriam-Webster’s emphasis on “persecution of Jews” is far from universal. The Cambridge Dictionary, like Merriam-Webster, omits the crucial concept of “without regard to legal norms;” it also has no mention of Jews in its definition of “concentration camp”:

“A place where large numbers of people are kept as prisoners in extremely bad conditions, especially for political reasons: Nazi concentration camps.”

The phrase “Nazi concentration camps” appears in italics as an example of the term’s usage. So, is anti-Semitism — or plain old hatred — a “political” reason for imprisonment? And are “Jews,” and this particularly gruesome part of Jewish history, mentioned in connection with “concentration camps” in encyclopedias, which can also be used as de-facto dictionaries?

The entry for concentration camps in “The Encyclopedia Britannica,” which first mentions “Jews” in its fourth paragraph, defines concentration camps as “internment centre[s] for political prisoners and members of national or minority groups who are confined for reasons of state security, exploitation, or punishment, usually by executive decree or military order.” While the entry articulates that “Persons are placed in such camps often on the basis of identification with a particular ethnic or political group rather than as individuals and without benefit either of indictment or fair trial,” it doesn’t mention religion as a factor that may lead to imprisonment in a concentration camp. Merriam-Webster, on the other hand, mentions “religious minority” as one such factor.

Then there are the definitions provided by experts in the field. “We [the United States] have what I would call a concentration camp system,” Andrea Pitzer, a journalist and author of “One Long Night: A Global History of Concentration Camps,” told Esquire’s Jack Holmes, “and the definition of that in my book is, mass detention of civilians without trial.”

“System” is an important word here. Using Pitzer’s definition, “concentration camp system” can mean mass detention centers, as there currently are in the U.S., or a “system” engaged in forced labor and mass murder, which was the case during the Holocaust. Those “systems” are radically different. The Auschwitz Museum tried to address that complexity, pointing out that Auschwitz was both a concentration camp and an extermination camp. It even offered a reading recommendation for those who want to go beyond a few tweets: Nikolaus Wachsmann’s “KL: A History of the Nazi Concentration Camps.”

While the story of Auschwitz is complex as it was both a concentration & extermination camp in a context of war & occupation, the 12-years history of development of concentration camps in Nazi Germany is more complicated. Read Nikolaus Wachsmann book “KL”: https://t.co/WN7E2ICesC pic.twitter.com/zr6oNydJHN

What is happening at the border is a moral crisis. And it’s unquestionable that the policy of separating children from parents, to take one example of behavior at the border, is “without regard to legal norms.” But language absolutely matters, which is one of the lessons of the Holocaust. It defines how we explain reality to ourselves, and how reality is sold to us. As George Orwell famously warned in “Politics and the English Language,” political language “is designed to make lies sound truthful and murder respectable.”

And given the influence of language, it’s worth thinking critically about how popular information sources like dictionaries and encyclopedias should move forward. American dictionaries should mention and explain Japanese internment camps, a shameful, under-discussed chapter in this country’s history. Maybe removing the mass murder of Jews from a dictionary entry on “concentration camp” — or moving it so far down in an encyclopedia entry that a casual reader might not even get to it — is a long-term problem in an era when a shocking percentage of millennials have not heard about the Holocaust. Maybe the U.S. Holocaust Museum’s language about concentration camps — “without regard to legal norms” — should be the norm.

Thanks to the discussion sparked by Ocasio-Cortez and Cheney, we’re beginning to learn what some standard sources of facts have left out. Now it’s time to think about what should be left in.