Q&A: Author Julie Salamon On Leon Klinghoffer And The Hijacking That Horrified The World 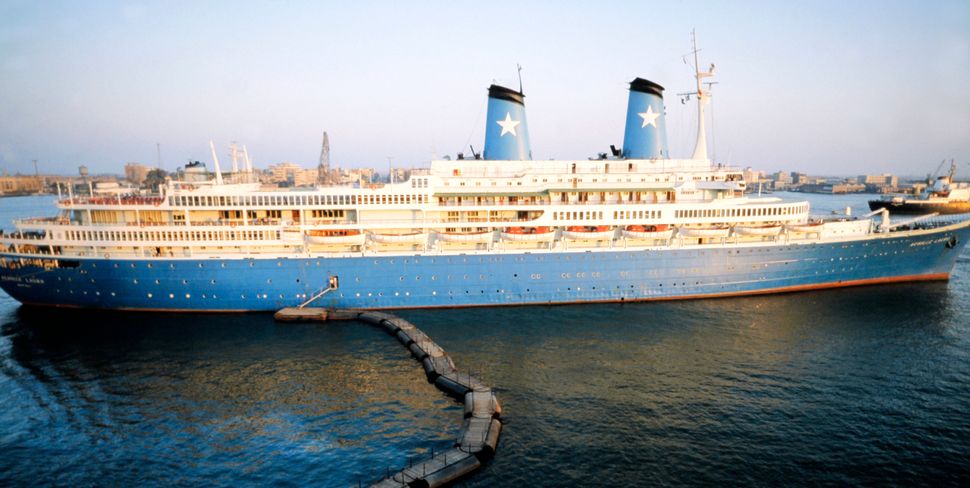 Italian cruise ship Achille Lauro is docked on October 10, 1985 in Port Said harbor after Egyptian authorities stopped it from sailing to the Israeli port of Ashdod. Image by Getty/MIKE NELSON/Staff

In October 1985, guerrillas connected to the Palestinian Liberation Front hijacked an Italian cruise ship called the Achille Lauro. All of the passengers survived — save for Leon Klinghoffer, a disabled 69-year-old Jewish-American retiree. Klinghoffer was shot twice by the leader of the hijackers, Majid al-Molqi, and tossed into the ocean by two crew members alongside the wheelchair he used for mobility.

The drama of Klinghoffer’s death was made into a TV movie twice (once with Burt Lancaster as Klinghoffer and once with Karl Malden in the role) and a 1991 opera by John Adams, which, in 2014, drew raucous protests when it was revived by the Metropolitan Opera. But the fascinating military and diplomatic tribulations that followed the incident on the Achille Lauro are sidelined in these accounts, as are the hijackers’s original stated mission — to use their weapons against Israelis at the port city of Ashdod in what they believed to be a legitimate act of war.

In her new book “An Innocent Bystander: The Killing of Leon Klinghoffer,” author and former New York Times and Wall Street Journal reporter Julie Salamon provides a panoptic view of an act of terror that captivated the world and continues to ripple through foreign policy surrounding the Middle East. Speaking with one of the hijackers, the family of the hijackings mastermind, Abu al-Abbas and the widow of Alex Odeh, a Palestinian-American activist believed to have been murdered by Jewish extremists for comments he made to the press in the wake of the hijacking, Salamon reveals new dimensions to an old, too often simplified, story.

The Forward’s PJ Grisar spoke to Salamon over the phone. This conversation has been edited and condensed for length and clarity.

PJ Grisar: What drew you to the story of the Achille Lauro hijacking? 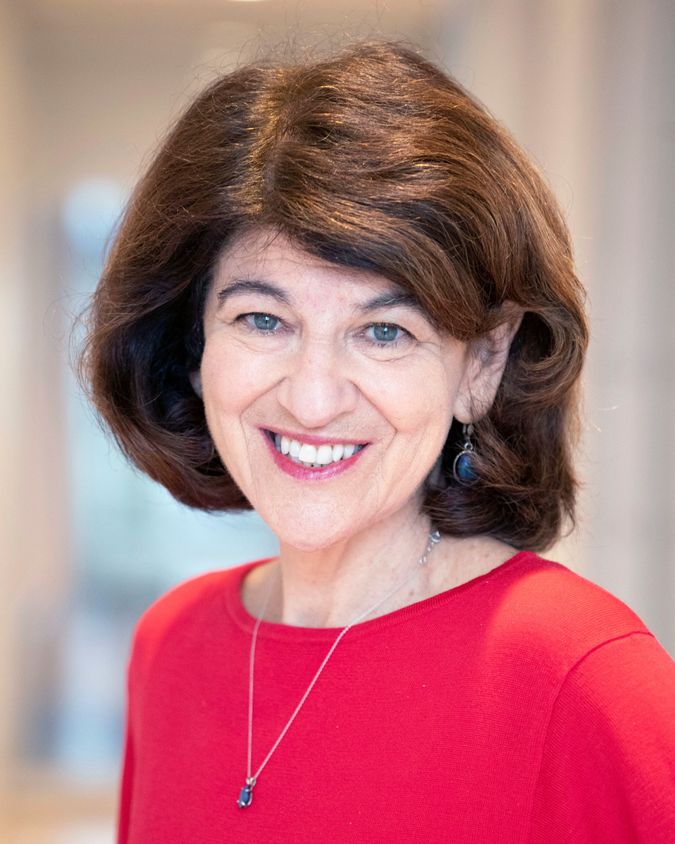 Julie Salamon: About five years ago there was a revival [at the Metropolitan Opera] of “The Death of Klinghoffer,” and I had never seen it, but there was such an explosion of anger about it. I was a critic for many years and the one thing I always really hated was when people would say “this is anti-Semitic, this is hateful, I don’t like this” when they haven’t seen the thing. And my impression from many of these people protesting was — and they said it — “I haven’t seen it, but I hate it.” So I wanted to see it for myself. I went with my husband and our good friend. I’m not an opera buff, but I was kind of curious about the response. We’re really in an era where everybody gets so angry about everything.

Coincidentally, later, I went to a 30th anniversary commemoration of the hijacking at the Center for Jewish History where Lisa and Ilsa Klinghoffer [Leon Klinghoffer’s daughters] spoke. We belong to the same synagogue, which is how I happened to go. As I heard them tell the story, and heard the [New York Times] reporter Sara Rimer who had covered it from there speak, the pilot who had the hijackers down in Italy spoke and all of a sudden I turn to my husband and say “Whoa, this could be a really interesting time to read this story.”

The original title for the book was “Klinghoffer’s Daughters” and then this project grew to be more ambitious. Were there misconceptions you wanted to clear up? I had always heard the narrative that Klinghoffer was killed for being Jewish and, as we see, there’s no evidence that his killer knew that.

Often when I start working on a story I actually don’t know what it’s going to be. When I look back on my proposal, it was more of a personal-slash-philosophical book about terrorism and and about how times were different and how they’ve changed. The hijackers and Abu al-Abbas were only in two paragraphs of a 25-page proposal. Shortly into the research I was mindlessly googling the name Abu al-Abbas and up popped a book by his second wife, Reem al-Nimer, called “The Curse of the Achille Lauro.” I read it. It was riveting to see this story told from a completely different point of view. Not from the point of view of “Leon Klinghoffer deserved to die” — it barely mentions him. It’s really about the life of Abu al-Abbas and his family and what led to this event and the consequences for them. I thought “I really want to interview this woman, she might be able to lead me to the hijackers.” I looked her up on Facebook and sent her a message thinking that she would never answer. Within 24 hours she responded and that began a very lengthy series of conversations and through her I met Abu al-Abbas’s first wife and all of his sons and eventually interviewed Bassam al-Ashker, the youngest of the hijackers.

There’s a difficult obstacle, of course, in that two of the central players — Leon Klinghoffer and his killer Majid al-Molqi — weren’t around to lend insight into the pivotal moment. I wonder if you had apprehensions about that — particularly in regards to Molqi and his intent?

I was lucky because there were so many people still alive and, because of the huge international news coverage, there was a lot of material.The book isn’t so much a profile of these men; the book is a profile of this event. With regards to Mulqi, I would have loved to have interviewed him. But, I did interview Ashker and I also was able to interview [Mulqi’s] defense attorney who provided me with the trial transcripts. Molqi gave pages and pages of testimony and deposition before the trial and he gave many contradictory reasons. It leaves you wondering if he didn’t just kill him because he was the most vulnerable person.

People are very impassioned about this incident to this day — as we saw at the Met revival of John Adams’s opera. How do you steel yourself from negative attention and those that may want to twist your work to fit a narrative?

As the child of Holocaust survivors, since I was a little girl I wanted to know what created Hitler, what created Germany, what created circumstances that allowed this highly civilized nation to act in a highly vicious way. And I’m not comparing that situation to the Palestinians and the Israelis, but for me personally I wanted to know what the cause is. For me “never again” means “how do we eliminate those root causes?” I grew up with aunts who live in Israel, I’ve been to Israel numerous times and I have very fond childhood memories of Israel, but I also have empathy for the Palestinians. The politics surrounding this, particularly now, are heartbreaking to me because we have a situation where there’s poor leadership on the Palestinian side and leadership that I don’t like the tone of on the Israeli side. One of the things I tried to show in the book through the vehicle of Leon Klinghoffer is that it’s never the Israeli-Palestinian conflict. The conflict always has a lot of kibbitzers on the sideline, and those kibbitzers have a lot more power than either one of the main players. What I ended up feeling about this story of Leon Klinghoffer, and him being the “Innocent Bystander” of the title, is that there was an illusion that Americans had then that somehow our government could meddle in the affairs of other people and not have to pay the consequences of it. But we’ve learned very painfully that that’s not true.

Yes, it is painful.

One thing that is sad to me, that’s been left out of all of the reviews, but that is very much a part of the book, is the story of Alex Odeh. It’s been overlooked just as it was in real life. Two days after Leon Klinghoffer was killed this Palestinian-American sort of peace activist went on the evening news because he worked for the Arab Anti-Discrimination Committee to promote a better image of Arabs in the media. He was called on to the news to respond to the hijacking and he offered his sympathies and then they asked him if Yasser Arafat was involved and he just parroted what the party line was — not of the Arabs, but everybody — nobody at that point knew that Arafat was working behind the scenes. The only part of the interview that they ran was the part where he said “Yasser Arafat is a man of peace.” And the next day his office was blown up and he was murdered. The case is still a cold case, but the prime suspects were the Jewish Defense League [a Jewish nationalist extremist group]. It’s so sad that even the telling of this story, the story of his family has sort of dropped off the map. To me, it’s part of the conversation.

And it’s a conversation where everyone wants to get a word in, as we can see.

Everybody in this story and in most stories, certainly in our political discourse today, gets reduced to stereotypes. Palestinians, Israel, BDS, SodaStream, whatever. Israel is much more complicated than Bibi Netanyahu, and Palestine is much more complicated than Hamas. If the book serves any useful purpose, it’s to say that any story we know may not be the true story.

Q&A: Author Julie Salamon On Leon Klinghoffer And The Hijacking That Horrified The World