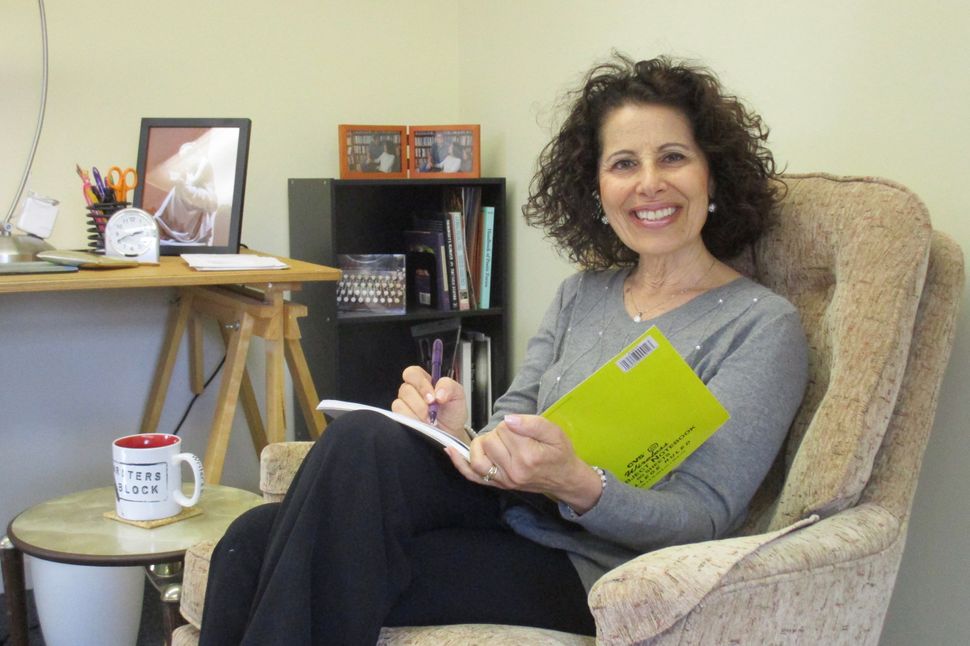 When I was a little girl attending public school in northern New Jersey, I would get excited every time I saw a Jewish person represented in a story. Growing up on a steady diet of Dr. Seuss, “The Black Stallion” and “A to Z Mysteries,” I noticed that there were hardly any Jewish characters in the books I read.

It was shocking and comforting when I learned that there were children’s stories with Jewish themes, like a book I received as a kid titled “Arielle and the Hanukkah Surprise” — not only did the book have Jewish characters, the main character had my name and even looked like me.

Lesléa Newman, whose picture book “Heather Has Two Mommies” was one of the first children’s stories to focus on an LGBTQ family, has made it her mission to give underrepresented populations a voice in children’s literature. Her most recent book, “Gittel’s Journey: An Ellis Island Story,” tells the story of a little Jewish girl named Gittel who must travel on her own from her quiet shtetl in Eastern Europe to the busy halls of Ellis Island. In the book, readers witness firsthand the experience many children had when they traveled to America alone. 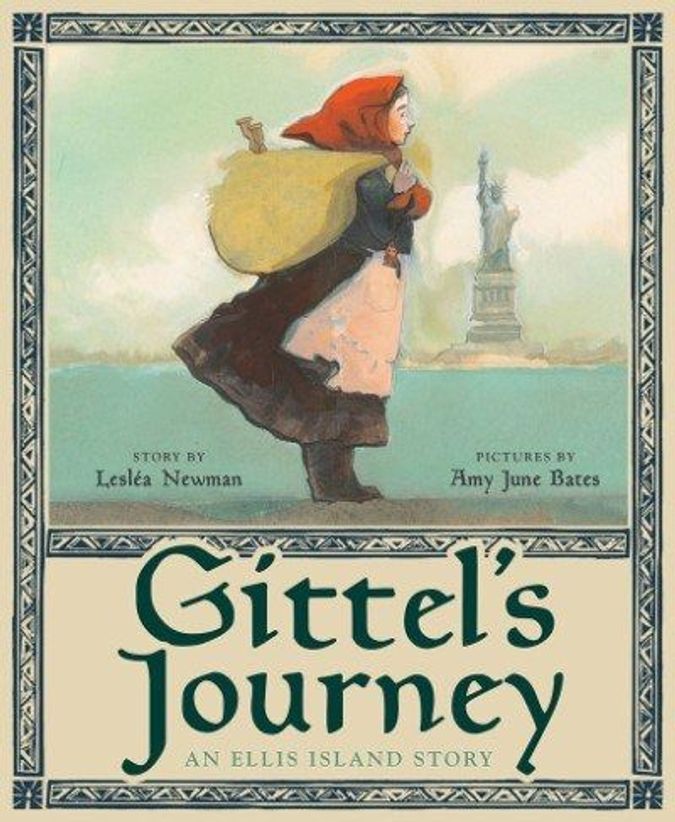 Newman says she was inspired to write a book about a Jewish immigrant after she saw a photo in a newspaper of Syrian refugees sitting in a boat looking afraid, but also hopeful.

“It just kind of triggered this memory,” Newman said. She remembered the story of her grandmother Ruth who came to America in 1900 when she was 10, bringing only a few items such as a pair of brass candlesticks. She also thought of her Aunt Phyllis whose mother Sadie came to America unaccompanied, holding a piece of paper with a relative’s address that was so smudged it was illegible.

Because Sadie had no one to meet at Ellis Island, a picture of her was posted in a Jewish newspaper that, luckily, was seen by the family member that she was intending to meet. Both Ruth and Sadie made it off Ellis Island and started lives in America. Their stories inspired “Gittel’s Journey” which Newman said with a laugh, took her sixty years to come up with. 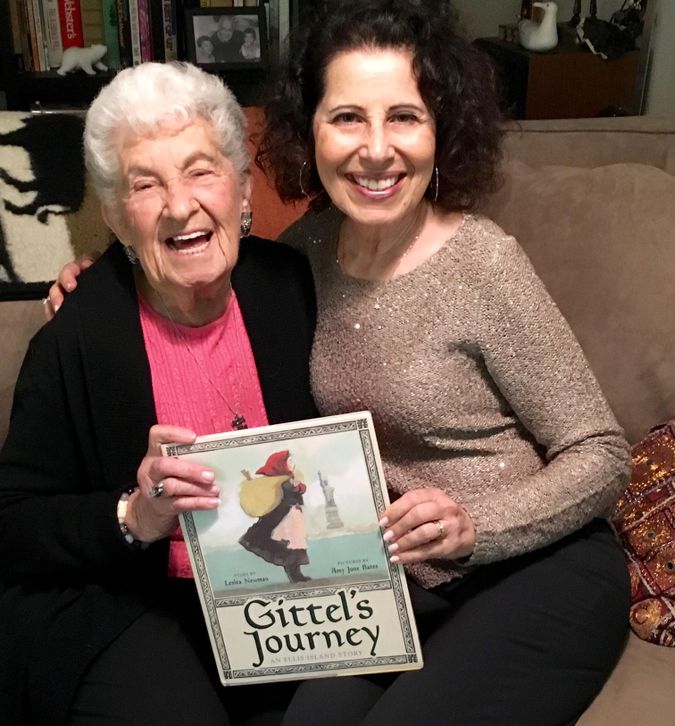 Author Lesléa Newman (right) with her Aunt Phyllis, whose mother Sadie was the inspiration for “Gittel’s Journey.” Image by Lesléa Newman

When I asked Newman to describe her writing process, she said she uses a technique called “Windows and Mirrors” — a term coined by Rudine Sims Bishop, a scholar and specialist in children’s literature.

“The concept is that children need mirrors,” Newman said to me, “so they can see themselves in children’s literature, so they feel validated and that they have a place in the world.”

She explained that children also needed windows, “so they can look out on the world and see other families that aren’t like them and learn about diversity.”

Newman, who has written 59 books, including 30 children’s picture books, says she tries to apply this concept in every story she writes. As we discussed her hopes for “Gittel’s Journey,” she told me that she’d like it to inspire children to research their own ancestry and have more empathy towards immigrants.

“We [the USA] haven’t always been 100 percent welcoming,” she said. “We know that from our history.” Yet Newman also believes that we have welcomed a lot of people and we should continue to do that as much as possible. “Because that is the kind and humane thing to do,” she said.

Newman says she also deeply appreciates the way a children’s book can change a kid’s life in a different way than a book can change an adult’s. “You know to see yourself in a book is so important,” she told me.

Arielle Kaden is a writer based in New York City whose work has been featured in the Forward and Columbia Journal. She is a graduate of Johns Hopkins University and a recipient of the Fulbright Scholarship. She is currently earning a MFA in Nonfiction Writing at Columbia University and interning for the Opinion Section at the Forward. Follow her on Twitter here.