Q & A: Stephanie Burt On Whether Poetry Matters 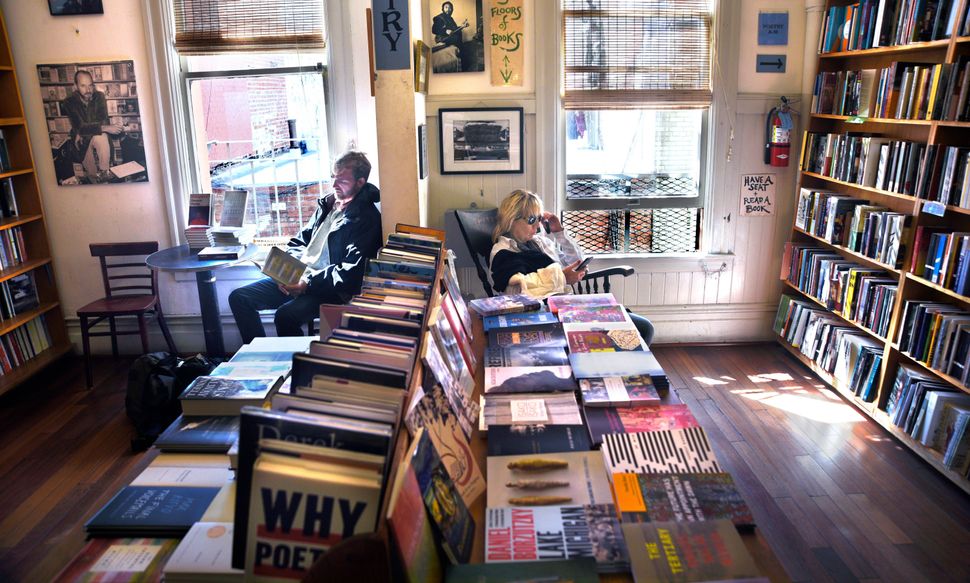 If you ask Stephanie Burt, the poet, Harvard University English professor and co-editor of poetry at The Nation, the answer is no.

Well, almost. Burt, author of the newly-released “Don’t Read Poetry: A Book About How to Read Poems,” thinks the word “poetry” does a disservice to poems, obscuring the diversity of a genre that includes “The Odyssey,” “Howl,” the lyrics of Frank Ocean and the sonnet you wrote to your third grade crush. 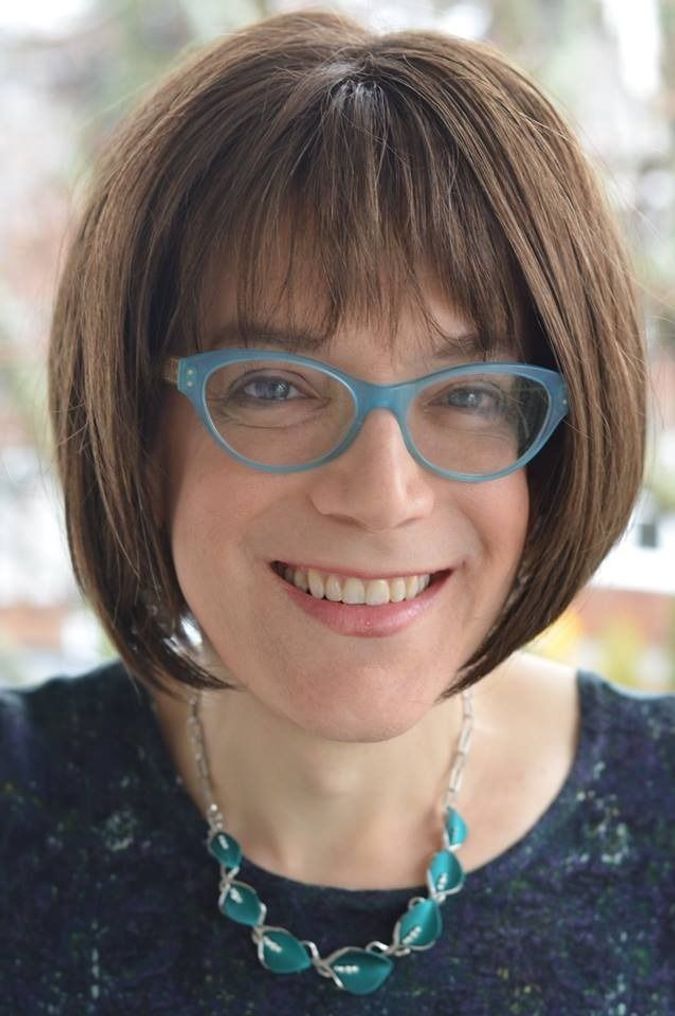 Plus, the idea of poetry is daunting. Reading poetry sounds like an occupation for the excessively sophisticated, a hobby exclusive to those who have made it a central part of their identity. But reading a poem, just one, is something different. A poem can be accessible. A poem might even be fun. “I do not read (or study or write or teach) poetry so much as I read and teach the work of individual poets, who write poems,” Burt writes. “Don’t Read Poetry” is a book-length elaboration on how to read poems, from the work of John Milton to that of Jorie Graham.

I spoke to Burt about “Don’t Read Poetry” over the phone; her voice was warm, and she spoke quickly, as if perpetually excited. The following conversation has been edited for length and clarity.

Talya Zax: In “Don’t Read Poetry” you compare poetry to the New York City subway. One of the subway’s charms — depending on your perspective — is that it’s often a fairly uncomfortable place to be. (See: No personal space, the smells of many different people, occasional bodily fluids.) To extend your metaphor, what would you identify as comparable features of poetry?

Stephanie Burt: Subway lines and subway cars are more like one another than poems are like one another. But sometimes a poem will require you to make room for people who aren’t like you. Sometimes a poem will slow down and not get you where you thought you were going. The experience of discovering that a New York City subway car is kind of gross can correspond to a couple different things in the experience of reading poems, one of which is pleasurable: The poem has been left messy because life is like that. But it can also be [an analogy] for what happens to poems when they suffer from neglect long enough that we’ve forgotten why people really liked them.

Are there poets who’ve suffered that sort of neglect whom you’d particularly like to see revived?

Sarah Morgan Bryan Piatt was an American poet from the second half of the 19th century, a contemporary of Emily Dickinson. She’s not as innovative or powerful as Dickinson — very few poets are — but she wrote these beautiful poems of character. The most famous one, in which a mother and her kid are looking at a picture of the Paris commune, and someone’s burning a palace, is called “The Palace Burner.” The mother and the child have a conversation about what it would be like to live in a country where there was royalty. And the kid ends up asking whether the mom would be someone burning the palace, and the mom concludes the kid has a finer sense of justice than she does.

There are so many poets I would like to become currency among American readers. New Zealand has this whole body of poets that is multiethnic and multiracial, ecologically sensitive. And there [are] poets from long, long ago who haven’t gotten the kind of attention that I’d like. One of them is my next project: Callimachus, a poet of classical antiquity after Pindar, after Sappho, somewhat before Horace and Virgil and Catullus. [He] is one of the last major poets to be writing short poems in ancient Greek. He can be very sexy. He can be very disillusioned. He’s never had a major influential advocate in English. [My book will be] a verse translation adaptation project. Poets writing in English, in particular, have long taken something [they] like in a language [they] read, and kind of done a cover version. You don’t translate it accurately, but you imitate it in English, with the goal of producing an entertaining, thoughtful poem.

What was your impetus for “Don’t Read Poetry”?

What is your preferred setting in which to read poetry?

A new and different setting. There’s actually research to indicate you retain more information and pay more attention to the printed page if you vary the environments in which you’re reading, because you’ll be more alert. I like getting up and moving around. I like reading at the dinner table, except when it’s rude to do so.

What works have most affected the way that you think about poetry as a genre?

These aren’t necessarily the works that have always been my favorites, and they’re certainly not the most important works for everyone. The first poets I really loved, as a teenager, were Robert Lowell and John Berryman and e e cummings. Above all, Yeats. You may notice that they’re all cis white dudes who were active in the 20th century. Moments when I’ve changed my sense of the possibilities of the art form include re-rereading Elizabeth Bishop in college, in a seminar taught by Helen Vendler, [and] realizing that a poem could just describe a room, or describe a person, and not make any claims. The poem would be the claim. More recently, from 2014 to 2016 or 2017, that was a moment when a lot of white American poets, critics and readers realized we needed to de-center our whiteness and pay more attention to non-white voices. I realized that I wasn’t doing enough to think about how people who weren’t like me were reading. Lucille Clifton wasn’t a poet I’d spent time with before. Making myself figure out what I hadn’t seen in Lucille Clifton was a really useful moment for me.

Last summer you and your co-editor of poetry at The Nation, Carmen Giménez Smith, dealt with criticism when a poem you published, Anders Carlson-Wee’s “How-To,” drew allegations of literary blackface. Did that episode change anything in the way you think about poetry? And did it change anything about how you approached this book?

The mistake that Carmen and I made was made not in the summer of 2018 but in the summer and fall of 2017, when we first took the job. It was a poem we’d accepted and just forgotten about; you accept the poem and then wait for the magazine editors to slot it in. The reaction made clear that we’d made a mistake. By the time there was that controversy, I already sort of knew what I thought about de-centering whiteness and sensitivity reading and checking things if they’re not in your field of competence. I just hadn’t done that the year before. That experience affected how I think about being an editor; being quite correctly attacked for publishing a poem that we shouldn’t have published made me think about public apologies, but that’s not about poetry. If we’d published an essay or a story that was offensive in the same way, the questions of what to do and how to react would have been similar.

My editor’s daughter is getting Bat Mitzvahed soon, and he wants help picking poems to read at the ceremony. Any recommendations?

I would say Adrienne Rich’s poem “Yom Kippur 1984.” Critics burned out on writing about her after the late 70s, and there isn’t the body of appreciative work there needs to be.

In “Don’t Read Poetry,” you write about poems grouped by reasons people read them: Feelings, characters, forms, difficulty, wisdom and community. Are you satisfied by that list, or do you feel something is lacking?

What does Wallace Stevens say? It is never satisfied, the mind, never.

Q & A: Stephanie Burt On Whether Poetry Matters