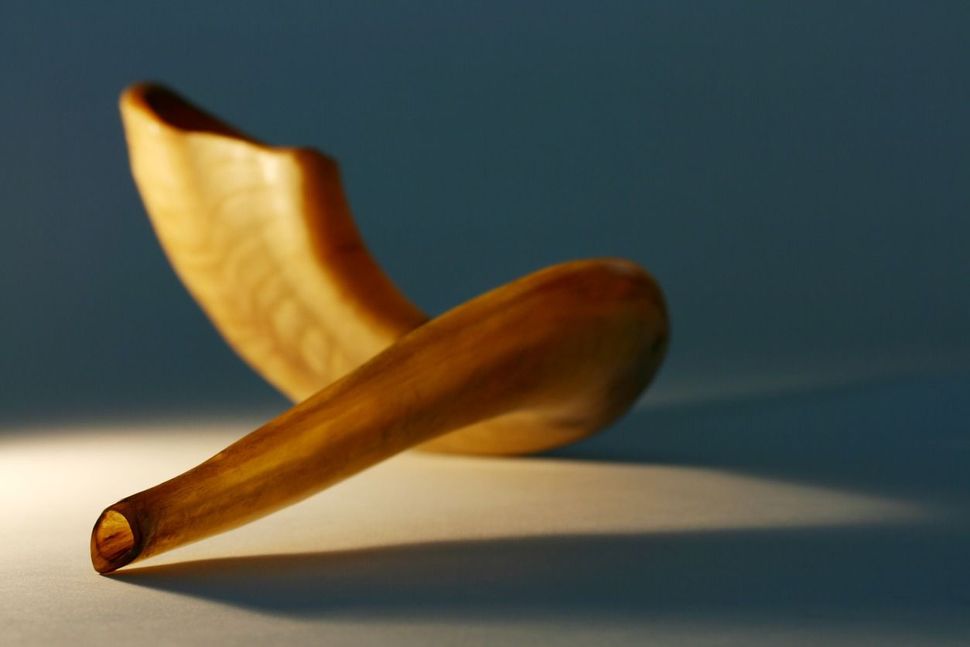 A shofar, or hollowed-out ram’s horn Image by iStock

Rosh Hashanah is one of the most important holidays on the Jewish calendar. Often known as the “Jewish New Year,” it opens the High Holidays season. Even many Jews who do not celebrate other holidays or observe other Jewish laws or practices still take off work and school to attend religious services and see their friends and families at this special time.

For anyone who is considering celebrating Rosh Hashanah this year, or is just looking to learn more about Jewish traditions, we’ve pulled together some basic facts to help you understand the meaning of this holiday.

When does Rosh Hashanah start?

Rosh Hashanah, Hebrew for “Head of the Year,” is one of the most important Jewish holidays. It takes place on the first two days of the Hebrew month of Tishrei (September or October on the Gregorian calendar) for most traditional Jews, but only on the first of Tishrei for Reform Jews.

The specific times of sunset and nightfall will vary from locale to locale.

What is Rosh Hashanah?

The holiday of Rosh Hashanah comes from the Torah, the Hebrew Bible, which commands Jews to blast the shofar (ram’s horn) and cease “work at your occupations” on that date (Leviticus 23:24-25). Many of Rosh Hashanah’s more specific laws come from the Talmud. Rosh Hashanah also marks both the start of the new Jewish year and the beginning of the ten-day period known as the “Days of Awe,” a spiritual time of repentance that concludes with Yom Kippur, the Day of Atonement.

The most prominent theological aspect of Rosh Hashanah is the belief that God judges each individual Jew on the first day. According to Jewish tradition, God determines the fate of each Jewish person for the coming year primarily on the basis of their actions over the previous year. Everyone, however, has the opportunity to ameliorate a negative judgment in three ways.

One way is teshuvah, which literally means “returning” but is usually translated as “repentance” – a Jew performs teshuvah by feeling regret for a sin, apologizing to God and/or to the person against whom they have sinned, and pledging sincerely not to commit the sin again. Another way is tefillah – prayer. Finally, Jews can also earn leniency through tzedakah, which literally means “justice” or “righteousness.” In practice, tzedakah usually refers to charitable giving, but it could also conceivably be interpreted as participation in pro-justice work.

How is Rosh Hashanah celebrated?

Rosh Hashanah is celebrated with many traditions, some of which are required by Jewish law and some of which are popular customs. Work is forbidden, and Jews typically spend much of the day in synagogue, worshipping, listening to the prescribed portions of the Torah and the Book of Neviim (“Prophets”) and hearing blasts from the shofar.

One of the most important Rosh Hashanah mitzvot (“commandments” in Jewish law) is that every Jew hears a sequence of blasts from the shofar. The shofar is a hollowed-out ram’s horn reminiscent of the story of the ‘Aqeidah, the “Binding of Isaac,” during which Abraham ultimately sacrifices a ram whose horn is caught in a thicket in place of his son Isaac (Genesis 22:13). The story of the ‘Aqeidah is chanted aloud during Rosh Hashanah services.

Rosh Hashanah is meant to be a time of relaxation, celebration, and feasting. It is customary to eat sweet foods on Rosh Hashanah as a symbolic way of ushering in a sweet new year. Jews dip apples and round challot (Jewish bread) in honey and sometimes also eat honey cakes and other sweet desserts. (More Rosh Hashanah menu ideas here.)

There are also several Rosh Hashanah practices that relate to repentance. One such practice is Tashlikh, during which Jews cast bits of bread, which represent their sins, into water. The bread is either swept away by the flow of the water or consumed by fish.

Jews also repent by begging God for mercy in special late-night/early-morning services called Slihot. During Slihot, Jews make the case to God that their sins should be forgiven by invoking the thirteen divine “Attributes of Mercy” and reminding God of various biblical episodes during which Jewish prayers were answered. In the Ashkenazi tradition, Slihot are recited from the Saturday night before Rosh Hashanah, but Sephardi and Mizrahi Jews traditionally recite Slihot for the entire month leading up to Rosh Hashanah as well.

Jews often also use Rosh Hashanah and the Days of Awe as an opportunity to informally apologize to loved ones, friends, and others whom they have wronged over the previous year.

There are several greetings, which are commonly used both on Rosh Hashanah itself and in the days before and after the holiday.

A slightly fancier version of that greeting is shanah tovah umetuqah, which means “a good and sweet year.”

If you really want to show off, you can even say the full extended version, which in English translates to “may you be written and sealed for a good year.” This phrase is a prayer that God will write the name of the person you are greeting in the “book” of people who are to have a good year on Rosh Hashanah and will seal their name in that book on Yom Kippur. In Hebrew, this more complicated phrase changes depending on to whom you are speaking. If you are greeting someone who uses the pronouns he/him/his, say: l’shanah tovah tikateiv v’teihateim. For someone who uses the pronouns she/her/hers, say: l’shanah tovah tikateivi v’teihateimi. When speaking with multiple people or someone who uses the pronouns they/them/theirs, say l’shanah tovah tikateivu v’teihateimu. If the person to whom you are speaking uses a different set of pronouns, you can either politely ask if that person has adopted any particular system of Hebrew pronouns or simply say shanah tovah umetuqah.

In the afternoon of Rosh Hashanah and through the rest of the Days of Awe, Jews also sometimes greet each other with gemar hatimah tovah, which means “a good final sealing.” This greeting, however, is more common on Yom Kippur.

In America, some Jews simply wish each other a “happy new year” in English.

For some people, Rosh Hashanah is a profoundly spiritual experience and a time of religious awakening and redemption. For many, it is an annual opportunity for personal growth and self-improvement, for recommitting to religious, moral, justice, and interpersonal goals. For others, it is mainly a chance to see family, or to unload mental burdens by apologizing and forgiving.

Whatever you want to get out of Rosh Hashanah this year, we hope that the information presented above will help you find it.