Editor’s note: This essay, originally published on August 8, 2019, was republished for the first anniversary of Toni Morrison’s death on August 5, 2020.

Toni Morrison leaned forward in her chair, watching my face as she spoke. It was clear, she said, that I had a story to tell. “But this —” here she pointed at the manuscript we’d been discussing — a brief, faltering short story I’d submitted to workshop “— isn’t it.”

Since I’d first read her work in my teens, Morrison had been my favorite writer. Her powerful language felt like my definition of holy. Her stories started at the roots of the world, wrapped themselves around everything in sight, and braided their way straight up into whatever heaven our imaginations might allow. Each novel was a Jacob’s ladder that let suspiciously human-looking angels come and go; each was a musical key change that blew the roof off. I felt, even back then, that she was our greatest living writer.

So the prospect of stepping into her classroom was terrifying. The creative arts building at Princeton was being re-painted that semester; I still associate the smell of fresh paint with fear.

In class, Morrison was an unflinching critic. She was our editor, she told us undergraduates — not our friend. Yet she delivered her verdicts with kindness. And because her critiques were specific rather than amorphous, I never walked out of the class bewildered or discouraged — not even when she declared that a story needed to be gutted. Instead, I was impatient to start the work of tearing down so I could get to rebuilding.

But this conference with Morrison, just a few months into the first of the three years I’d spend studying with her, was clearly more than a regular critique. She’d examined my most recent story’s flaws and strengths with her usual surgical precision, but it was clear that there was something else she was after. The story I’d written was all right — it had its merits. But was it really the story I needed to tell?

I’d spent the bulk of that first workshop with Toni Morrison writing stories that were earnest and stiffly symbolic. My characters were ethnically blank. They had no apparent contact with any world outside their private concerns; their extended families were barely in evidence; the weather intruded on their lives more than history did. They might have been hatched from pods, albeit all-American pods. Their names were John, or Sue, or whatever approximation of Americana I could muster.

In no way did the world of these characters resemble the world as I knew it: a universe populated by relatives whose life stories were mapped onto a crazed, cracked topography of history. I’d grown up among Holocaust refugees, which meant that references to hiding in coffins, or sneaking across borders, or being in a Russian prison, or obtaining illegal Japanese visas, or jumping ship in Mexico might crop up in the middle of a mundane conversation. My relatives’ stories echoed so loudly with history that it felt nearly impossible to explain to an outsider why my agnostic mother insisted that my siblings and I receive a religious education, or why the simplest question about current events might prompt my Polish grandfather to set down his tea, sit back, and begin with, “To understand this, you first need to know that in 1364…”

Could I tell her a bit about my background, Professor Morrison asked.

My background. Did she mean my family? Had she guessed, somehow, that not one of my story’s all-American characters would have dared try to pronounce the names of my relatives? Tonka, Ruza. Moniek, Mundek, Marilla. Besu, Bozu, Bala, Beps.

I sang my song. She listened.

When I was through, she asked: “Why don’t you try writing about that?”

“Because everyone knows about that,” I might have answered. Or in fact — my memory is fuzzy on this point — I might not have actually spoken those words. I might just have thought them very, very loudly. And she, either hearing or intuiting them, gave me that characteristic skeptical look: Well?

I proceeded to stammer something about how I wasn’t sure I had any right to tell a story about my family’s world — because, after all, I hadn’t been there. My relatives were the survivors. I’d survived nothing.

“Who,” she countered, “gives out the right to tell a story?” She pressed on: I could wait around my whole life for someone to give me permission to write something related to my family’s history. Or I could simply give myself permission.

I left the conference and walked loose-limbed down Nassau Street, as dizzy and exhilarated as if the laws of gravity had been revoked.

I would spend the remainder of my time at Princeton writing about my family’s world, or worlds related to it. I haven’t stopped since.

“It is sheer good fortune,” Morrison writes in her dedication to her 1973 novel “Sula,” “to miss somebody long before they leave you.” I have been missing Toni Morrison since I first sat in her classroom and realized that no conceivable accumulation of semesters or independent studies would allow me to absorb everything I wanted to learn from her. Having her as my undergraduate thesis advisor was such an outsized gift that even years later, I never felt that any of my attempts to express my gratitude was close to sufficient.

But I understood what I was being given. There were her basic writing lessons, of course: End a scene with a tap, not a bang; beware of adverbs; using two adjectives means you haven’t yet found the right one; above all, write about real human beings, not caricatures. To caricature even the worst among us, she pointed out, is to miss the fact that all of us contain good and bad. There was also, always, laughter. (Those who express disbelief that Morrison was wickedly funny make the mistake of conflating seriousness of purpose with solemnity. You can do serious work while also understanding that a policed somberness doesn’t fix any of what’s wrong with the world. You can give excruciating history its due and then the next moment—if you feel like it—laugh long and loud.)

And there were gifts no other teacher could have given. When I felt lost in the research for my thesis, which was the opening of a novel set in Jewish Krakow between1890 and 1940, Morrison talked to me about researching “Beloved.” The facts she’d unearthed in her research had been so unbearable, she said, that it was tempting to put all of them on the page — because the reader needed to know about this atrocity, and this one, and this. Yet the weight of all those facts would have overwhelmed the story she was telling. What fiction was after, she explained — cigarette in hand, the smoke slowly winding its way around her office — was the human truth. The writer had to prioritize telling that truth over piling up more and more facts, no matter how compelling those facts might be.

This was a second, essential layer of permission: permission not only to write about my family’s history, but also to choose what not to write about. No one could have understood more clearly than she how easily a conscientious writer could become paralyzed by the enormity of all there was to tell, when such a swathe of lives had been extinguished and a vast expanse of stories lost. What she offered was permission to nod respect to the history we can’t carry with us, and walk on with what we can hold in our two hands.

Toni Morrison’s greatest gift to the world was, of course, her writing. “Beloved” remains my favorite novel. I re-read it and teach it; without it, I don’t think I’d be writing the novel I’m currently writing. But for those of us who had the good fortune to study with her, the gift of her work is forever twinned with a second set of gifts. Her commitment to her students was prodigious. The way she swung that door wide all those years ago for a nervous undergraduate spoke of the generosity that shone in everything she did. When she won the Nobel Prize for Literature in 1993, I wasn’t surprised to hear that after receiving the news, she proceeded to the class she was scheduled to teach that hour. She believed in helping young writers get out of our own way so we could do the work that was in us. (In later years, I would hear her offer an auditorium full of graduate students the gift that had been so essential to me: You can spend your whole life waiting for someone to give you permission to write, so if you truly need someone to give you permission, I’ll do it. I hereby give you permission to write.) I understood always that I wasn’t the intended or essential audience for her work or her mentoring. Toni Morrison was explicit about writing for African-Americans, just as a Russian writer wrote for a Russian audience, though others might also read and appreciate the work. Mine wasn’t the history she was out to salvage, redeem, transform. But she shed such an abundant light that there was enough left to illuminate a thousand other paths.

Toni Morrison Is Dead At 88. Here’s How The World Is Honoring Her.

Rachel Kadish’s novel, “The Weight of Ink,” received a 2017 National Jewish Book Award and the Association of Jewish Libraries’ Fiction Award. She teaches in the Lesley University MFA Program in Creative Writing. 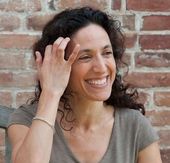 Toni Morrison Taught Me How To Write About The Shoah