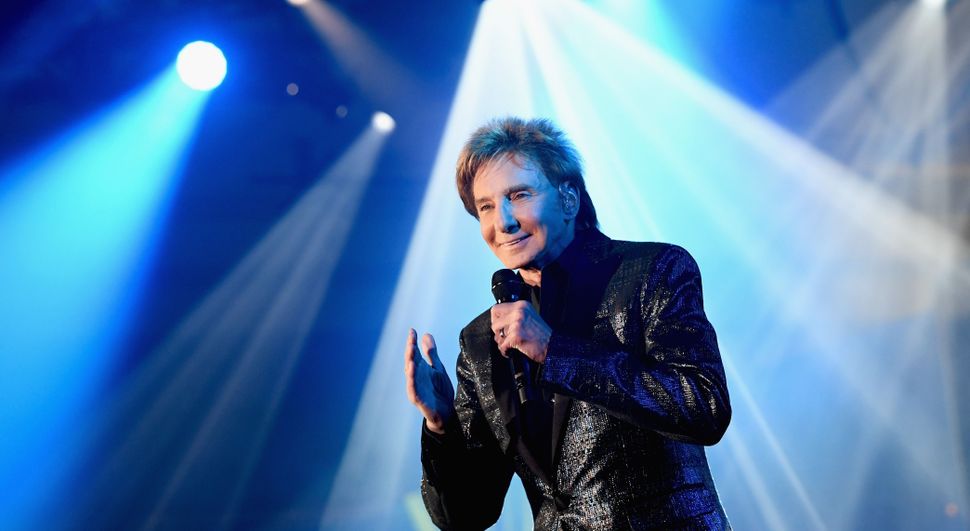 Barry Manilow has a particular talent for upbeat — and unserious — musical storytelling.

His easy-listening songs are populated by showgirls named Lola and men named Rico who wear diamonds, as featured in his iconic “Copacabana,” or balladeers lamenting the loss of a legendarily selfless lover, as in “Mandy.” His famed “Stuck on a Band-Aid” jingle is the soundtrack to our childhood scrapes.

But when you learn that Manilow has long been at work on a musical about an integrated vaudeville act in Weimar Germany whose existence is threatened by the ascendance of the Nazi party, you may be right to be skeptical.

The musical “Harmony,” developed by Manilow and his longtime creative partner Bruce Sussman, will make its New York debut in 2020 in a limited run produced by the National Yiddish Theatre Folksbiene at the Museum of Jewish Heritage in Manahattan. The show has been in the works for some time, The New York Times reports, with a run at California’s La Jolla Playhouse in 1997 followed by a 2003 out-of-town run in Philadelphia. But the musical was thrown off its Broadway course post-Philly due to a lack of funds.

The show, with music by Manilow and a libretto by Sussman, concerns the true story of the Comedian Harmonists, a sextet of Jewish and gentile men who blended comedy with soaring harmonies and became popular recording artists, film performers and an in-demand live act. The group’s success was hampered after Hitler’s assumption of power, leading to their breakup in 1934.

Manilow announced the Folksbiene run of the show, which was last seen in Atlanta in 2013, onstage at “Manilow Broadway,” his revue at the Lunt-Fontanne Theater. That show closed on August 17, but those who want more from the man who writes the songs will get another chance when “Harmony” begins previews on February 11, 2020.

Correction: An earlier version of this article stated that Barry Manilow wrote “Sweet Caroline.” He didn’t, Neil Diamond did. We got our Jewish easy-listening legends crossed.