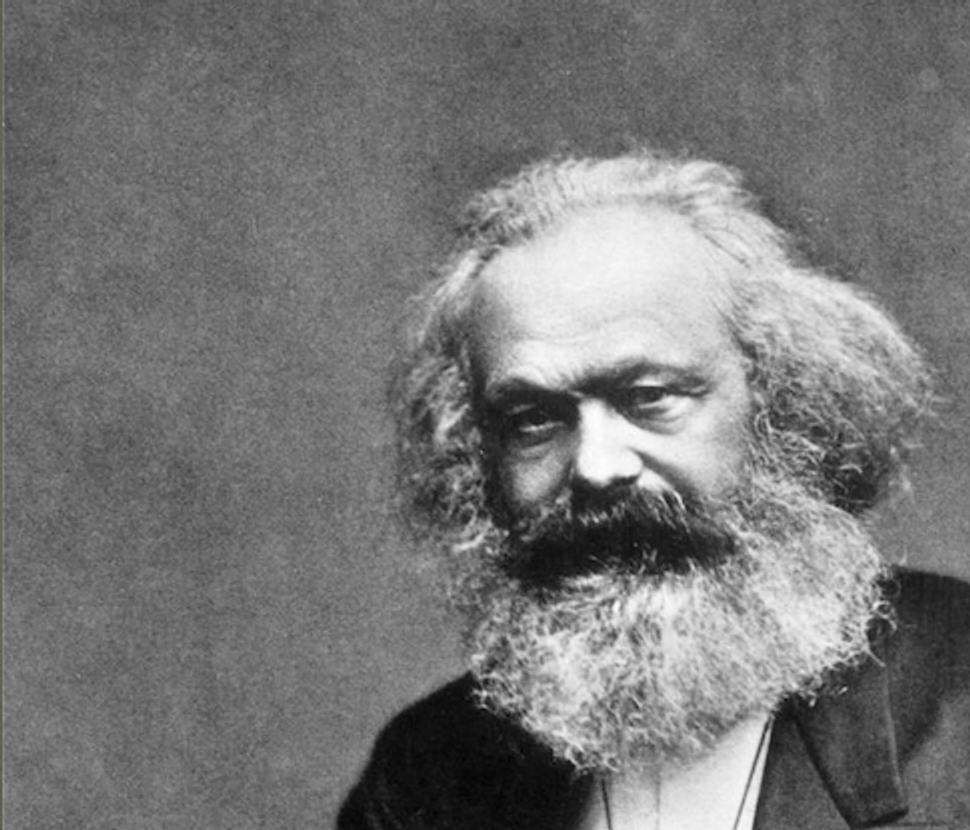 While never a believer in Judaism, and at times vicious about the faith, the revolutionary philosopher Karl Marx came from an indisputably Jewish background: Both of his parents’ fathers were rabbis. The fact that he was not, himself, Jewish is the result of a curious historical circumstance.

Marx’s father, Heinrich, born Herschel Levi, earned his law degree in the German Rhineland during a period in which its Jews – then subject to Napoleonic statutes – were free to practice law and medicine and hold government positions. But after Napoleon’s defeat in 1815, the Rhineland, and Marx’s home town of Trier, came under the dominion of the Prussian Empire, and Jews were denied full citizenship. Heinrich, after multiple petitions for exemption, converted to Lutheran Protestantism to keep his vocation as an attorney. In 1825, Marx, his mother and his siblings were also baptized. Marx was six years old at the time.

The trauma of de-emancipation made the Rhineland a hotbed for Jewish radical thinkers, including the poet Heinrich Heine and Zionist philosopher Moses Hess. But was the explicitly Jewish predicament of Marx and his family enough to make him a Jewish thinker?

Not according to Shlomo Avineri, the author of the new biography “Karl Marx: Philosophy and Revolution.” Marx, Avineri says, simply did not have enough knowledge of traditional Jewish thought to have it inform his own ideas.

In his brisk, approachable book, Avineri, a professor emeritus of political science at the Hebrew University of Jerusalem and former director-general of Israel’s Ministry of Foreign Affairs, paints a nuanced picture of the development of Marx’s ideas. Marx thought deeply and cautiously about implementing revolution, Avineri finds, and the depth of his writing on class cannot be encompassed by the maxims attributed to him in official party papers. In Avineri’s telling, Marx was primarily a desk-bound writer and thinker whose time as an active revolutionary was abbreviated and posthumously overblown.

The Forward’s PJ Grisar spoke with Avineri over the phone. The following conversation has been edited for length and clarity.

PJ Grisar: You write that you initially had doubts about revisiting Marx and that, in the past, you consciously avoided writing certain parts of his Jewish background. What made you come around to writing this book in the Jewish Lives series? 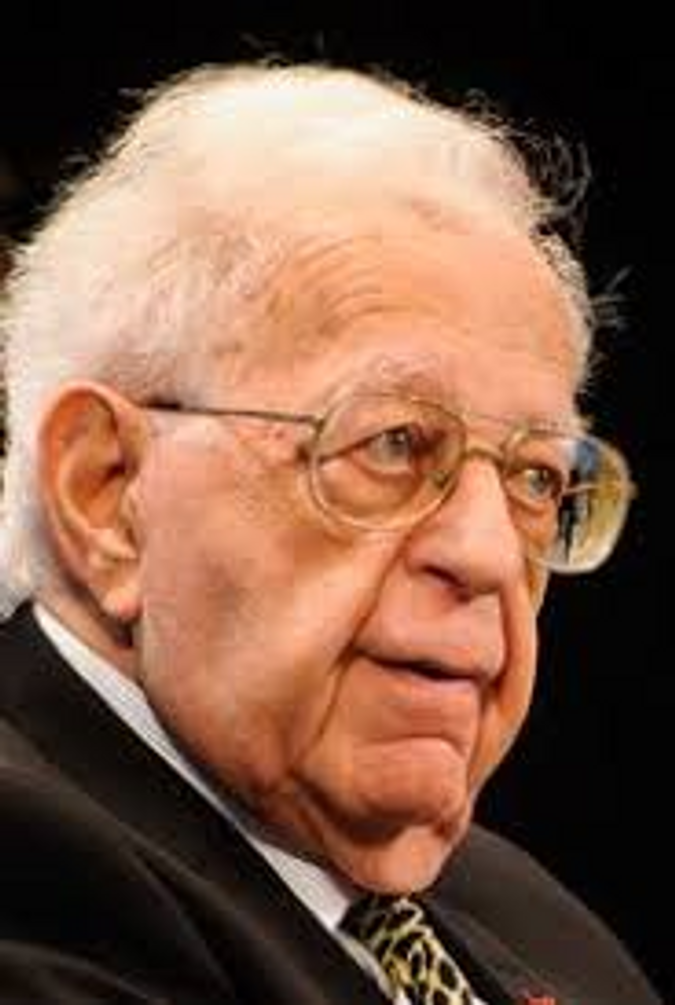 Shlomo Avineri: My early studies of Marx dealt mainly with his philosophy, not with his personal biography. Therefore, the Jewish issue didn’t come up. Marx is obviously not a Jewish thinker, but the background of the region in which he was born and raised and the Jewish surroundings of his family, the very complex story of his father’s conversion to Christianity after 1815, were issues that I thought should be looked at more carefully.

How well-known is this part of his life?

This was obviously something that was known. By Marx, this memory comes out with this very notorious essay “On The Jewish Question” (“Zur Judenfrage”), which is really one of [his] first major publications. In it he says some terrible things about Judaism; on the other hand, [he] argues for equal rights for Jews.

This book dispels certain myths about Marx’s philosophy. What do you think is the biggest thing people get wrong about his ideas?

In many cases, positions that are attributed to Marx are not his positions, but are usually the positions which [Friedrich] Engels, [Marx’s friend and collaborator], many or some years after Marx’s death, described in his introductions to many of Marx’s writings. It is obvious that many people never read Marx’s writings, but read the introductions by Engels, which [were] much more concise and usually very one-sided — [they] didn’t bring out the complexity of the philosophical humanistic tradition in Marx. Engels is a very simple-minded, deterministic materialist, while Marx is a dialectical thinker.

Without Engels — who wrote about and came from an industrial background – Marx wouldn’t have knowledge of the actual conditions of factory workers. And Marx engaged on a higher intellectual level.

Marx owes his popularity and his role in the socialist and later communist movement to the very succinct, short, simplistic statements attributed to him by Engels. People quote and quote again that Marx said “It is reality that determines consciousness.” Marx said “social reality determines consciousness,” which is something very different.. It’s a very important statement in suggesting the connections between the way in which people live and the way in which people view their lives and the way in which they think about it.

You draw on some of Marx’s more obscure texts in this book. How do those writings help us reframe Marx’s thinking and the way it’s been realized in the world?

Usually, regardless of what our political position is, people who relate to Marx — and this includes me — view his writings as a canon. What one has to look at is that Marx was obviously a revolutionary thinker; he was obviously living on the fringe of bourgeois society as one of its critics. But he never viewed himself as suggesting an overall theory of human development.

Marx was always very skeptical about the chances of revolution in Russia. He never promoted it, he never said it was impossible, but he had very deep doubts, [because there was] a strong strain of authoritarianism in Russian society. I think looking at what happened in the Soviet Union, and looking at Russia today, Marx was right in his skepticism.

In the book, you look at the acquaintance of Marx and the great Jewish historian Heinreich Graetz. What does that relationship between these two very different kinds of Jews tell us?

Graetz knew that Marx was a revolutionary critic of bourgeois society and Graetz was a very conservative person. And Marx knew that Graetz was a Jewish historian who wrote the first classical history of the Jewish people in modern times. The fact that they found interest in each other says something about what divided them, which is also what united them.

Marx’s knowledge of Judaism was clearly minimal, but he had meaningful encounters with other Jews all the time.

Marx grew up in a small town, Trier, where his grandfather, and later his uncle, were the local rabbis. Every morning when young Karl went to school he passed the synagogue. Why his uncle is a rabbi and why his father is a nominally Christian lawyer must have been explained to him.

I relate it to the trauma which was unique to Jews in the Rhineland: Living for almost 20 years, really a generation, as equal citizens, and then being denied equal citizenship, is a very different experience than not having equal rights. It leaves a mark, and this pushed quite a number of young Jewish intellectuals, or people of Jewish origins like Marx, to a very radical position vis a vis the society which de-emancipated their families. This is a very powerful background for radical thinking. As Marx would have said, social reality defines that consciousness.

It seems plausible that there are, today, relatives of Marx who are still Jewish.

Yes, and we know that Marx maintained contact with that side, as well as [with] other members of the family that converted. In a letter to a Dutch cousin whose family also converted, he once referred to [British Prime Minister Benjamin] Disraeli, for whom had great admiration, in German, as our Stammgenosse, which means “somebody belonging to our tribe.” Which tribe was Marx referring to? The Jewish tribe or the tribe of Jews who converted?

There is always a degree of awareness of a Jewish background, which doesn’t make Marx a Jewish thinker – he’s not – but that awareness is always there. Which shows in his daughter, Eleanor, who was very active in the British labor movement in the East End of London. Most of the working class there at the time were Jewish immigrants from Eastern Europe. She learned Yiddish, she spoke proudly of her father’s Jewish background. Those issues were present.