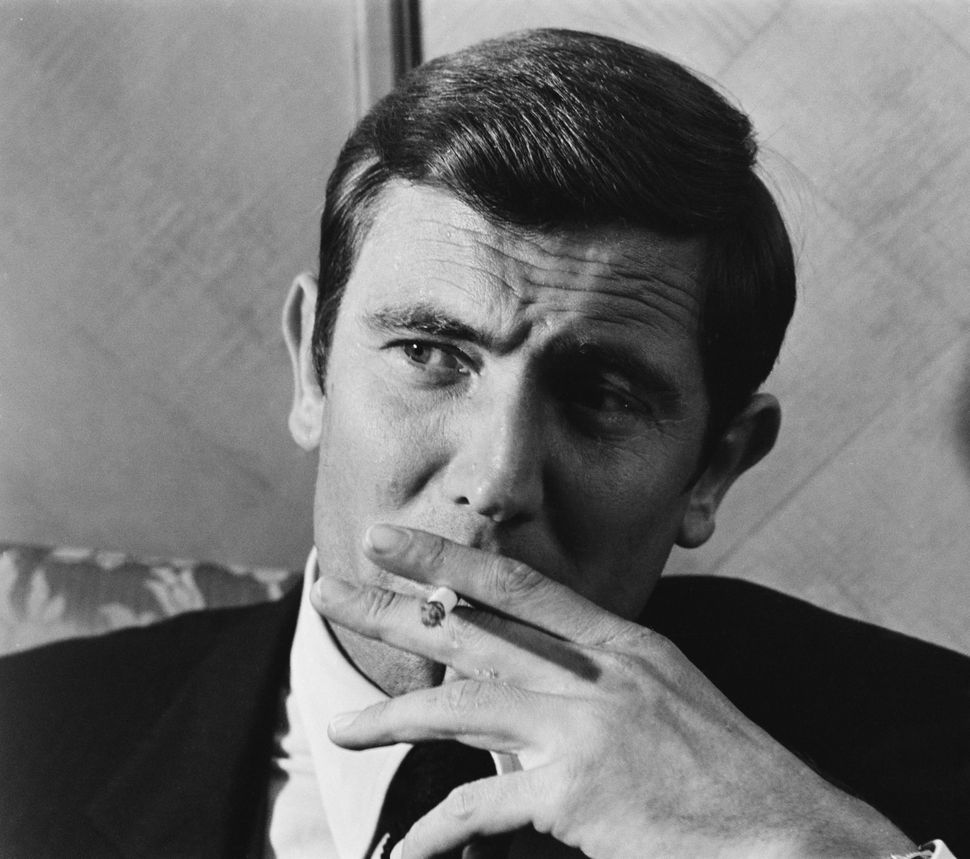 Editor’s Note: George Lazenby, who gained fame for playing the role of James Bond in “On Her Majesty’s Secret Service,” turns 80 today. In his honor, we present our own history of James Bond.

From its beginning more than a half-century ago, from the 1962 “Dr. No” through the 2012 film “Skyfall, Jews have played an essentially creative role in the James Bond film series. A Jewish-inspired gem business theme plays out in the series, whose titles include “Goldfinger” and “Diamonds Are Forever.” Fleming based the title character of “Goldfinger,” who is Bond’s nemesis, on Ernö Goldfinger, the real-life Hungarian-born Modernist architect and leftist who was a neighbor of Fleming’s in Hampstead. Fleming invested his Goldfinger, renamed Auric (meaning “gold” in Latin), with an obsession with power. The movie “Goldfinger” elides the character’s Jewish origins, which in Fleming’s original are the subject of some consideration. Ironically, German actor Gert Fröbe, who portrayed Goldfinger in the film, had been a member of the Nazi Party during World War II.

Hollywood being Hollywood, a place more friendly and conducive to Jewish participation than Fleming’s universe — fictional or otherwise — there have been plenty of Jewish contributions, or contributions by people who happen to be Jewish, to the James Bond corpus.

Harry Saltzman, born Herschel Saltzman in Quebec, was the proverbial rebel who at age 15 ran away from home and joined the circus. During World War II he served with the Canadian army in France, where he met his future wife, Jacqui, a Romanian immigrant, and began his career as a talent scout. He wound up working as a producer for theater and then film in England in the mid-1950s, and after reading Fleming’s “Goldfinger” in 1961, he optioned the film rights to the Bond stories.

Seth Rogovoy, an award-winning cultural critic, is a contributing editor of the Forward.