In ‘Mr. Klein,’ A Dark Document Of The French Occupation Muddled By A Story Of Obsession 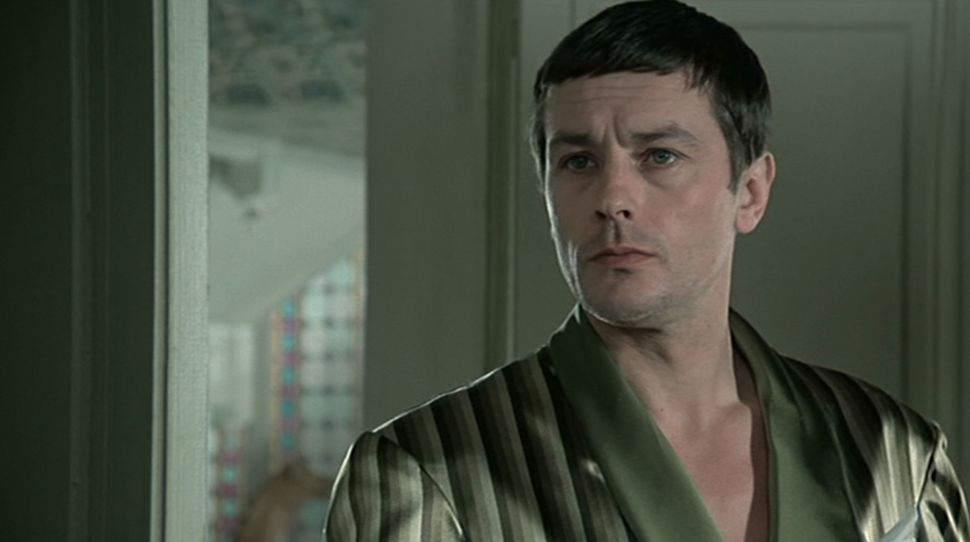 On July 16, 1942, Paris lost its Jews. They disappeared in what became known as the Vélodrome d’Hiver (Vel’ D’Hiv) Roundup, named for the indoor bicycle racing track where the bulk of a reported 13,152 Jews were detained as they awaited transfer by cattle car to Auschwitz. This mass arrest by the French authorities, at the request of the Reich, lasted until July 17. It was a thunderclap-quick testament to Nazi precision. But if you were a Jew in Nazi-occupied France, you likely knew it was only a matter of time.

But what if you weren’t a Jew? Or if you were, in fact, among a complacent elite profiting off the Jewish predicament. How would you handle your affairs if the roles were reversed?

Joseph Losey’s “Mr. Klein” (1976), showing in a select run at Film Forum beginning September 6, imagines a French Catholic named Robert Klein, a man-about-town who spends his days bilking Paris’ Jews for priceless pieces of art. They sell to him at a loss to scrounge some extra money to flee the country; his posh flat becomes a repository for Modernist and Dutch Golden Age masterpieces until he finds himself a person of interest for the Vichy regime and the infamous July 16 corral.

Klein, a vainglorious Alain Delon, has thrived in the occupation, but runs into trouble when a man by the same name forwards a Jewish newspaper to his address, attracting the unwanted attention of local authorities. Who this other Robert Klein may be, and why he has set up the Catholic Klein to appear Jewish, becomes the stuff of obsession. We don’t need the references to “Moby-Dick” (two whale-sized ones) to know where this fixation lead Klein as he hunts for clues against good reason and his own self-preservation.

The film has been compared to Kafka’s oeuvre — the unfair but futile-to-resist judgment of “The Trial” and the transformation of “The Metamorphosis,” (“He would compare you to an insect,” the other Klein’s paramour tells the Catholic Klein of his Jewish counterpart’s expected assessment of him). It has also been read as a reaction to the director’s own persecution at the hands of the House of Un-American Activities Committee (Losey was blacklisted). But the themes of alienation in “Mr. Klein” emerge largely from deft and surreal movements of the camera that seem to be informed by the time Losey spent with playwright Bertolt Brecht and his theories on distancing the audience to prompt inner reflection.

Klein catches, by jarring turns, his reflection in a mirror and believes, for an instant, he sees the man who framed him; a long, POV shot tracks Klein through a stately country home, as he encounters the confused looks of a large family who don’t know him; a descent into disorienting darkness envelops the viewer at the Vel’ d’Hiv, as Klein pushes through the crowd in search of his double. These are flourishes, dubbed sequences of “Unreality,” “Reality” and “Abstract” in Losey’s production notes, that ground the viewer in an awareness of the filmmaking. While this distance is often deployed through Klein’s subjectivity, it has its greatest effect when the camera strays to another subject entirely.

In the opening moments of the film, an unnamed woman, who doesn’t figure into the plot, is roughly probed and measured by a doctor in a sterile room. In agonizing close up, he observes her gums, her eyes, her nose. Through phrenology, he is determining if she is Jewish (and she pays for the privilege). This is the earliest indication of the indignities Klein stands to face due to his mistaken Jewish classification — he later says defiantly, when this checkup is suggested as a means to prove his Aryan blood, “I’m not a horse. I won’t have my nostrils and ears measured.”

In another instance, the camera lingers on Klein from outside the window of a cafe; we can’t hear what he says. As the camera pans we see we’ve been excluded. A sign on the glass with a large Star of David reads “Acces interdit aux juifs”: “No Jews.”

Klein goes on to lose it all — his live-in girlfriend, his art and, it would appear, his tether to reality — but because he is a cad and an opportunist, we don’t feel for his loss. Rather, his situation serves as a parable for the silent majority of French citizens who collaborated with the Nazis. “This has nothing to do with me,” is his slogan, even as he’s being brought to the Vel’ d’Hiv in a streetcar full of Jews while other Parisians, bearing witness, impassively shop for groceries.

But Losey, working from a script by “The Battle of Algiers” scribe Franco Solinas, assistant director Fernando Morandi and “Z” director Costa-Gavras (originally pegged to helm the film as director), fumbles the delivery of this parable by centering so much of the film on Klein’s manic search for the other Robert Klein.

Klein’s dogged detective work leads him to a hovel believed to be vacated by another Robert Klein (likely a member of the Resistance), a manse where that Klein appeared to have had a regular liaison with a wealthy woman (Jeanne Moreau) and even a morgue, where he thinks he may have identified that other Klein’s corpse. While these moves advance the plot they don’t do much to underscore the film’s overall concern with how French society reacted — or failed to react — to the occupation. Instead of being doomed by complicity, Klein is fated to a bad end because his egoism awakens him to a Jewish dilemma, which he only cares about insofar as it affects him. He seals his fate not when he is involved in the project of accommodating the Reich, but when he is activated in the quest to find his doppelgänger.

If Klein’s feverish drive to find his accuser is meant to mirror that of the Gestapo and Vichy authorities in their hunt for Jews, it in fact works against the larger point: The cold, unzealous calculation seen in spurts throughout the film as gendarmes conduct drills in an empty government building outfitted with a mock-up of the bicycle arena, or men in suits place pins on a map of arrondissements for the eventual roundup in mid-July.

Refreshingly, Klein’s scenario does achieve something novel in resisting the now cliched aphorism of pastor Martin Niemöller, (the one that begins “first they came for the Socialists, and I did not speak out, because I was not a Socialist…”). Despite the trap inherent in its premise — that the Holocaust might come for anyone — it makes no mistake on that score.

Throughout the film we see the many dismissed opportunities the Catholic Robert Klein has to escape and continue to live his life. Klein is not Jewish, and so he is able to obtain birth certificates that prove none of his four grandparents are. He isn’t made to wear a yellow star, so he can visit restricted cafes and cabarets with anti-Semitic pageants and travel at his leisure to far off places in his sleuthing. He is not Jewish, so, until the days before the roundup, he is able to enrich himself off of Jewish art collectors. Finally, Klein spurns his advantages and his connections, intent on finding the man who forwarded his mail to his address — no matter the cost.

In the end, he has only Robert Klein (himself) to blame.

In ‘Mr. Klein,’ A Dark Document Of The French Occupation Muddled By A Story Of Obsession