Bari Weiss Has Answers, But She’s Not Asking The Right Questions 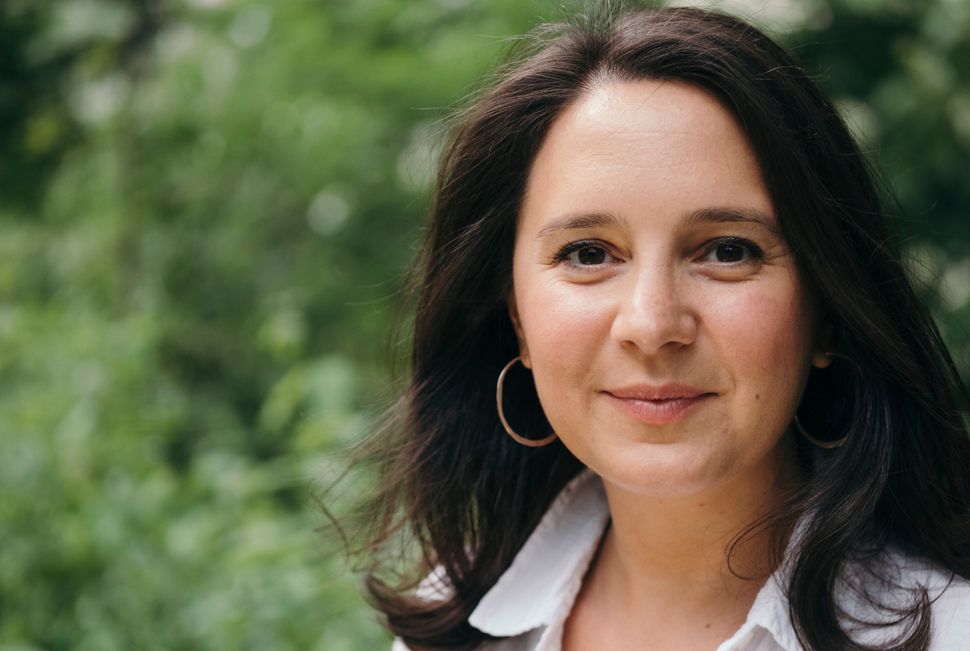 The big question about “How to Fight Anti-Semitism,” Bari Weiss’s rallying cry against the contemporary rise of the titular prejudice is: Who is it for?

The brief, stylishly designed book — the often-controversial New York Times columnist’s first, written in response to the Pittsburgh Tree of Life massacre in October, 2018 — simultaneously assumes naïveté and expertise on the part of its readers. Early on, Weiss, a Pittsburgh native who was bat mitzvahed at the Tree of Life synagogue, provides a greatest-hits recap of anti-Semitic incidents in history, a primer that includes the Dreyfus Affair, the lynching of Leo Frank and the ongoing influence of “The Protocols of the Elders of Zion.” But when she writes that European Jews fear “violent assault, often by young Islamist men,” she doesn’t give any definition of what the word “Islamist” — a label for certain groups of fundamentalist Muslims often xenophobically misapplied to all Muslims — means. 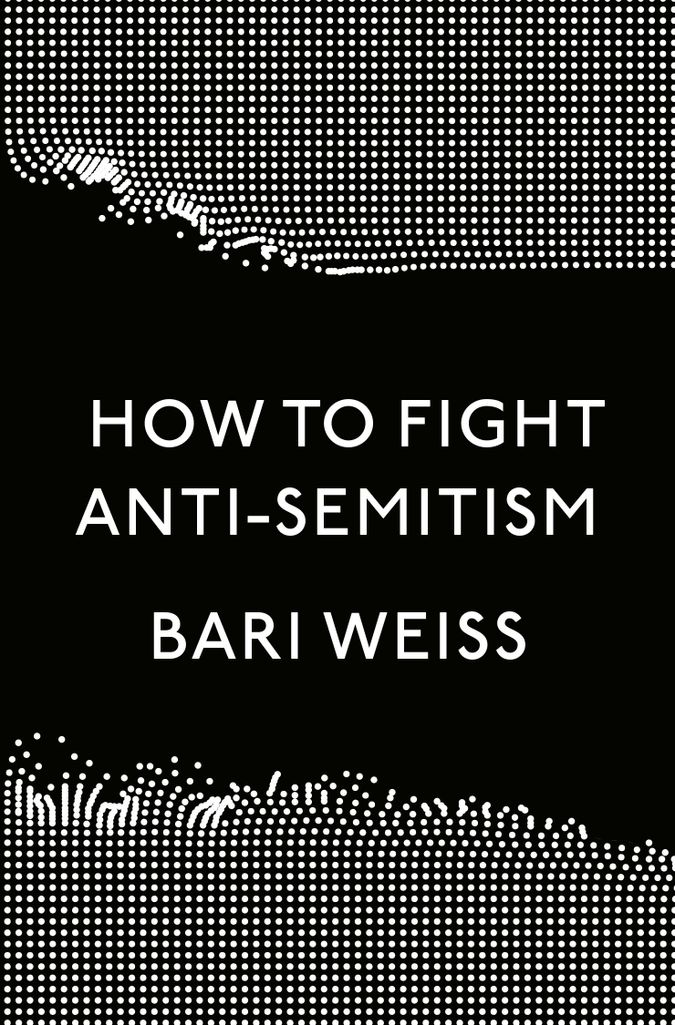 ‘How to Fight Anti-Semitism,’ by Bari Weiss. Image by Courtesy of Crown Publishing

The assumption that a reader would need a refresher on the most significant anti-Semitic tract of recent centuries, but would inherently understand the much-debated definition of “Islamist,” speaks to a confusion at the heart of Weiss’s book. Is it an introduction to anti-Semitism for those wondering what all the fuss is about? Or a manual for those who, already concerned about the oldest hatred, have made it their work to be broadly informed? It doesn’t help that the book, which was written on an unusually rushed schedule, is quite scattered, reading more like 200 pages-worth of 1,200-word columns than one cohesive work. “How to Fight Anti-Semitism” is heartfelt and sometimes moving, and Weiss can be persuasive in laying out the disturbing new vulnerability of the Jewish community in both the United States and Europe. Her argument is clear: Anti-Semitism is on the rise, thanks to the extreme right, extreme left and “radical Islam,” and it must be battled with passion and pride. But for much of the book it’s not clear who she’s trying to convince, or why.

After devoting most of its pages to a diagnosis of what contemporary anti-Semitism looks like and where it comes from, “How to Fight Anti-Semitism” turns to the issue of confronting prejudice only in the last of its six chapters. There, Weiss makes her appeal: “I hope that when I speak as a Jew addressing other Jews about the burdens and obligations of this urgent moment… readers will hear in my words a call that is meant for them.” And it’s there that the book’s true purpose becomes clear. Despite the preponderance of space Weiss gives to analyzing what she sees as the landscape of contemporary anti-Semitism, her book isn’t actually about ringing an alarm bell. What it’s fundamentally interested in is providing reassurance: No, we aren’t making this up, yes, we have the power to fight, yes, the other side is delusional — even though yours is, too. Most consoling of all, the solution comes through embracing our identity, by having confidence in our values and bravery in applying them. “Trust your discomfort,” Weiss advises. “Don’t trust people who seek to divide Jews. Even if they are Jews.” And: “Never, ever forget to love your neighbor.” And: “Choose life.”

Reassurance is an important mission; you can’t meaningfully engage in a fight if there’s no hope of winning. But the late primacy that mission is afforded in “How to Fight Anti-Semitism” casts the fragmented internal logic of the rest of the book in an unflattering light. It’s not that the book can’t decide if it’s for people who don’t know about the Dreyfus affair or for people who know exactly which groups belong to which sect of Islam. It’s that the book doesn’t ultimately aim to deepen thinking about anti-Semitism, but rather to offer an affirming endorsement of preexisting beliefs about it.

The dangers of that perspective are most apparent in the book’s chapter on “Radical Islam,” and specifically in Weiss’s insistence on using the term “Islamist.” That term technically refers to Muslims who believe that Islam ought to be the strongest political force in a country, but in common American parlance generally refers to extremists bent on establishing fully Islamic states. Yet Weiss uses it to apply to every instance she cites of an alleged anti-Semitic attack by someone of Arab origin, and to the problem of Muslim anti-Semitism at large. These instances follow a familiar pattern, she writes, beginning when “An Islamist does something terrible.” “It is very hard,” she writes, “to absorb the extent of Islamist anti-Semitism in Europe.”

The statistics are clear: The Muslim population in Europe has a real problem with anti-Semitism. But what can possibly be gained by applying the same broad brush of extremism to every anti-Semitic incident? It doesn’t help combat anti-Semitism to homogenize the intentions or beliefs of those who perpetuate it. Nor does it help to uncritically disseminate stereotypes of others. It may not matter much to the victims of an anti-Semitic attack whether the perpetrator is an all-around fundamentalist or someone who just bought in to anti-Semitic propaganda. It won’t matter to anyone who’s already decided who the enemy is. But it should matter to anyone trying to understand and respond to the threat.

(It’s also not useful that the primary expert on Islam with firsthand experience of the religion whom Weiss cites is Ayaan Hirsi Ali, a subject of frequent criticism from Muslims across the spectrum of religious and political beliefs. Ali, who no longer identifies as Muslim, has in the past called Islam “a destructive, nihilistic cult of death.”)

Weiss’s missteps in this portion of the book are indicative of the broader flaws in her approach to her subject. “How to Fight Anti-Semitism” is in the business of providing answers, but mostly avoids engaging with the deep and complex questions that make the fight against 21st-century anti-Semitism unique. If you are on the political right, you may find some of your beliefs challenged by Weiss’s chapter on right-wing anti-Semitism. But you will find BDS and anti-Zionism — the history of which Weiss does elegantly explore — condemned to your heart’s content. There’s similar, if somewhat lesser, fulfillment to be found for certain beliefs on the left. And if you think that the defining conflict for modern Jews is with Islam — well, we’ve already gone there.

But what about the issues that can’t be given a satisfying gloss? There’s still a refugee crisis; if Muslim refugees are bringing anti-Semitism with them, how can the world balance the interests of those whose homelands have become unlivable, and those most threatened by their presence in their new countries? Young Jews are spearheading some of the left-wing movements that most challenge Zionist ideals, but Weiss suggests that support for Israel is a non-negotiable Jewish value. Is it practically possible to dismiss those Jews who disagree as anti-Semitic without fracturing the Jewish community? This is a time of flux for Jews; the threats that face us are changing, and so are the ideals that drive our understanding of what it means to be Jewish. Fighting anti-Semitism, in 2019, involves reckoning with the many questions to which there are no ready answers, and perhaps no answers at all. Weiss’s first prescription for that fight is “Tell the Truth.” If only it could be so simple.

Bari Weiss Has Answers, But She’s Not Asking The Right Questions