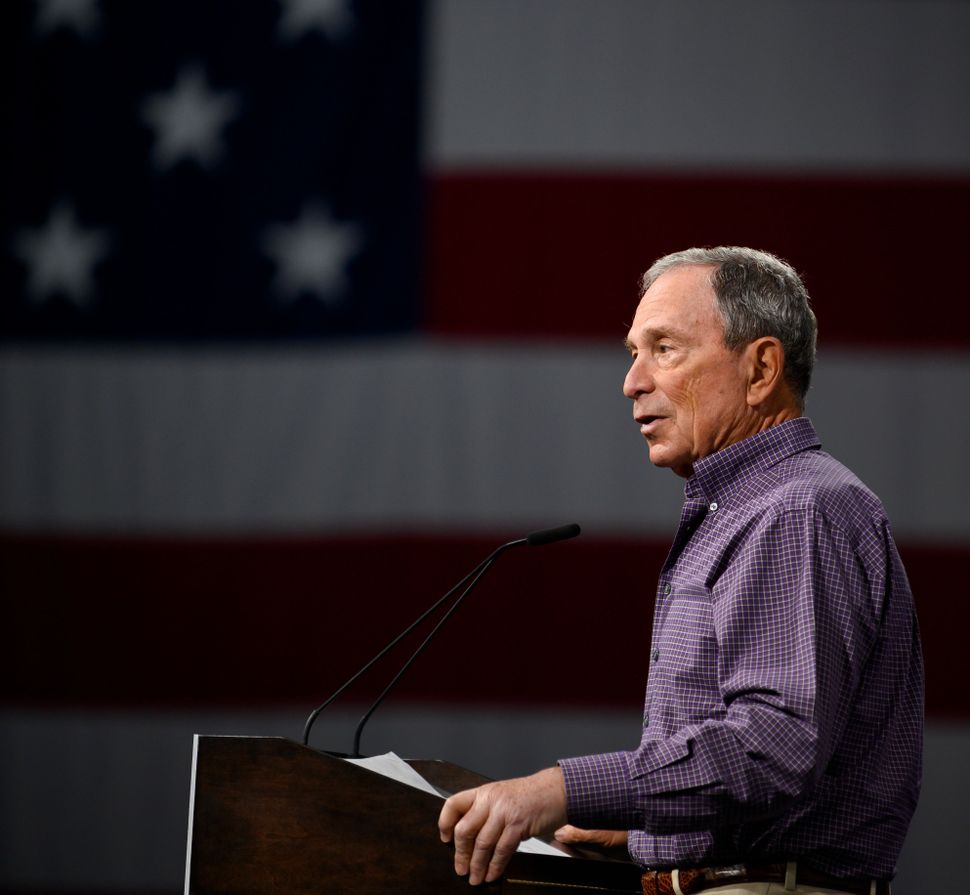 Michael Bloomberg might be a more compelling figure on paper than he ever was in person.

Coming from a family of humble means in Medford, MA, and betraying no great promise as a student, Bloomberg managed to make his way into Johns Hopkins’ prestigious engineering program and, from there, Harvard Business School. He got a Wall Street job, was let go, but managed to make himself indispensable to his old cohort by inventing the markets-tracking machine all day traders desired – racking up a 10-figure net worth in the process. Soon, Bloomberg got into the news business and, in 2001, as one of the richest men in the world, he ran for and was elected mayor of America’s largest city, taking over in the wake of a generation-defining tragedy. He left New York with updated infrastructure, innovative social programs and a reimagined public school system with an emphasis on student choice. The city became wealthier, healthier and safer under his administration.

Even now, Bloomberg is reinventing himself as a vocal environmentalist and the country’s second most philanthropic billionaire, after Jeff and McKenzie Bezos. But for all these accomplishments, Bloomberg did not always inspire the public imagination. A diminutive man with a leaden tongue for public speaking and a business background based in dull analytics, Bloomberg is fascinating as a study in multi-sector success without star quality.

Former New York Times reporter Eleanor Randolph’s “The Many Lives of Michael Bloomberg ” is a comprehensive, if sometimes over-fond portrait of the billionaire mayor, would-be presidential candidate, business leader and philanthropic innovator. Like the biography before it, Joyce Purnick’s “Mike Bloomberg: Money, Power, Politics” (2009), this book is largely favorable, and while it does delve into some controversies, his more positive record tends to get the last word. Bloomberg’s alleged inappropriate comments to female employees are mentioned alongside his record of hiring women executives, while the account of his Stop-and-Frisk targeting of young men of color, deemed unconstitutional, is supplemented with references to the downward trend in the murder rate during his mayorship.

Randolph sees Bloomberg as a good, if imperfect, man, who evolved from a lewd finance bro to a mensch of the highest order. It’s refreshing to have a reminder that non-cynical politicos and gracious multi-billionaires may walk among us, even if that analysis may be overgenerous.

The Forward’s PJ Grisar spoke with Randolph over the phone. This interview has been condensed for length and clarity.

PJ GRISAR: How did you decide to write a biography of Mike Bloomberg? 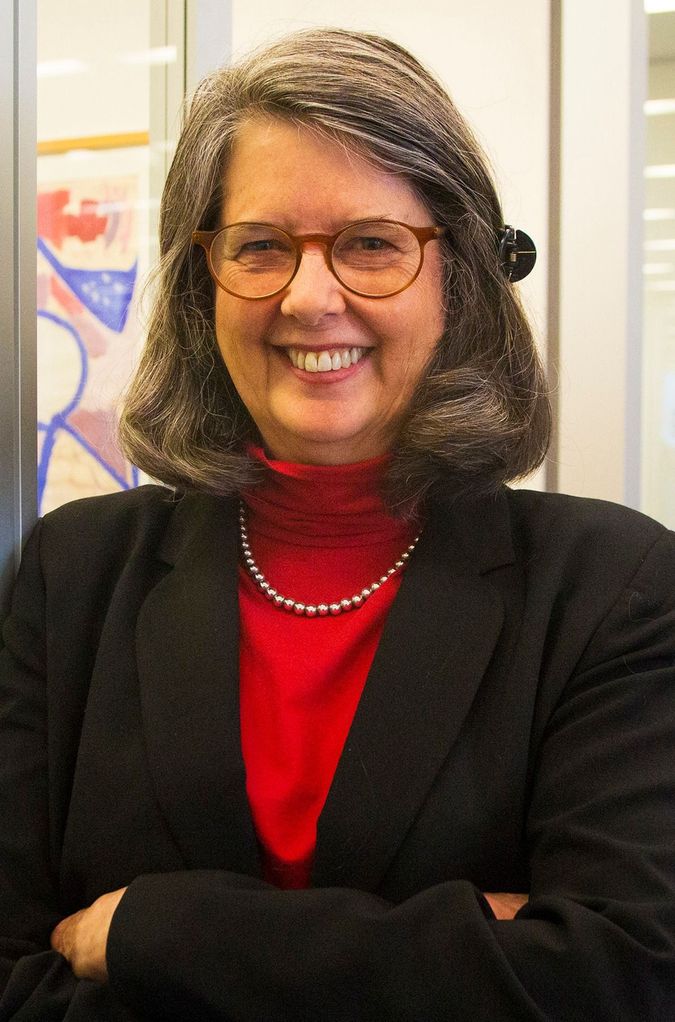 ELEANOR RANDOLPH: I was on the editorial board of The New York Times, writing about the city and the state. I really began covering him when he became mayor. I always felt that his whole personality had been frozen in the media and in the political world as just this boring guy. But what I saw didn’t seem to be very boring. He changed Wall Street, made a huge impact on the city of New York and he is now a powerful and inventive philanthropist. I started talking about the possibility of doing a biography of him, and what became obvious was that Simon and Schuster wasn’t interested in a biography solely of a mayor. They wanted the whole man.

He has done a lot. Through his career changes, have you found a through line for him? What do you think drives him?

RANDOLPH: I’ve always thought that that Eagle Scout in him that collects badges was [also] collecting badges in his life. The most important thing about him, I found, and the thing that was really daunting for a biographer, is that he doesn’t rest. People have told me that if he looks at his calendar for the day and there’s an open hour it’s like an insult. “Why didn’t I schedule something for that hour?” The drive that sends him hour by hour was just phenomenal. That’s why I called it “The Many Lives of Michael Bloomberg.” He’s only 77, and there might be another two or three that I haven’t figured out yet. Or maybe he hasn’t!

Bloomberg has been the subject of some controversies – Stop and Frisk being the major one – in a lot of these instances you let him speak for himself on these issues. Could you tell me about that decision?

RANDOLPH: Very early in his first term, he got interested in illegal guns in the city and he decided to go after the NRA, and his political people said “This is insane. You do not go after the NRA.” That just made him decide he was going to do it even more stridently. That’s the beginning of his problems with Stop and Frisk. That came along after he and then-Police Commissioner Ray Kelly realized they could use these Terry stops [which allow the police to briefly detain a person based on suspicion of criminal activity] to stop people. On some level it can be constitutional, but once it became obvious that every Black and Hispanic man in a certain area – almost literally — had been stopped and frisked, that was a problem for him. Listening to him talk about it, he still talks about it in the way that Kelly talks about it [as an effective measure for saving lives.] His loyalty to Kelly overrode the problems he was having personally with Stop and Frisk. It was all about the guns, but it became unconstitutional.

And the decision to leave him with the last word in some of these instances?

RANDOLPH: What’s interesting is he continues to support it, even though the courts and the public have found the way they did it to be wrong and overreach and a real dent in Bloomberg’s legacy as mayor. I’ve asked his people about it, and I don’t get anything back from them about it. One of them told me, “You have to realize his heart is in the right place.” I guess that’s true, getting rid of guns and stopping people from getting killed. But it was overreach. He is not a perfect human being. What a terrible biography it would be if he were.

Bloomberg is a man of some contradictions – he hires many women executives but is supposedly guilty of some “locker room” talk. He’s run as a Republican while being a social liberal (and a Democrat until it was politically expedient not to be). He’s very vocal in his concern about the climate but also leery of politics becoming too progressive. What do you think may be his guiding philosophy?

RANDOLPH: I think he’s a pragmatist, above all. He looks to every one of these things to see what the solutions are. He really improved over time. The Wall Street guy was kind of a jerk, and then he created his business, learned how to help people become part of a business, then he took over the city. If there is a thread, it’s that he wanted to fix things. The engineer in him wanted to make the city work better. That fix-it mentality, you could see it running through his city years, and then he went back, took the reins of the company back in 2014, and he has been trying to figure out the best way to use what money he has. He’s promised to give away all of it, except what he has given his family, before he dies. He’s worth about $55 billion now, and people have told me that by the end of this year he will have given away $10 billion. You can see he wants it to make a difference. He just announced the launch of Hazira, a program for civic innovation in Israel for 12 cities. He now wants cities to be innovative and to come up with solutions for the problems on the ground.

One of his projects now is 2020 and defeating Trump. Did you learn anything about their relationship in your reporting? Were they on better terms when he was just a real estate developer?

RANDOLPH: I once described Bloomberg as a golfing partner of Trump, and I was chastised by the Bloomberg people who said, “He didn’t play golf with Trump. They did a couple of promotional events and Trump was a big landowner in the city.” Friends of Bloomberg are very busy saying how different he is from Trump. For one: He didn’t inherit any money, he made it himself. The real rub for Bloomberg as I understand it now is the environment, and he’s just horrified that Trump is rolling back all these environmental regulations, and not noticing climate change. That’s the gut level fight for Bloomberg – the banner issue. That and guns.

You describe Bloomberg’s philanthropy as having its roots in tikkun olam. Do you believe his Judaism played a large role in his personal and political development?

RANDOLPH: Yes. He is not overly religious publicly. But his grandfather, on his father’s side, was a [Hebrew] teacher and helped people with their bar mitzvahs and was a very religious man. And his mother became a mainstay for the synagogue in Medford. But if you look underneath that, they gave him the strength that he needed to not only be who he was, but to understand that he did need to go out and repair the world if he succeeded. I think tikkun olam finally explains a lot about Bloomberg. He loves giving money away in the right way. He tries not to show his emotions most of the time, but everyone who’s watched him make a big donation in his mother’s or father’s name can see he’s truly happy and feels he has done what he’s supposed to do with his life and his money.