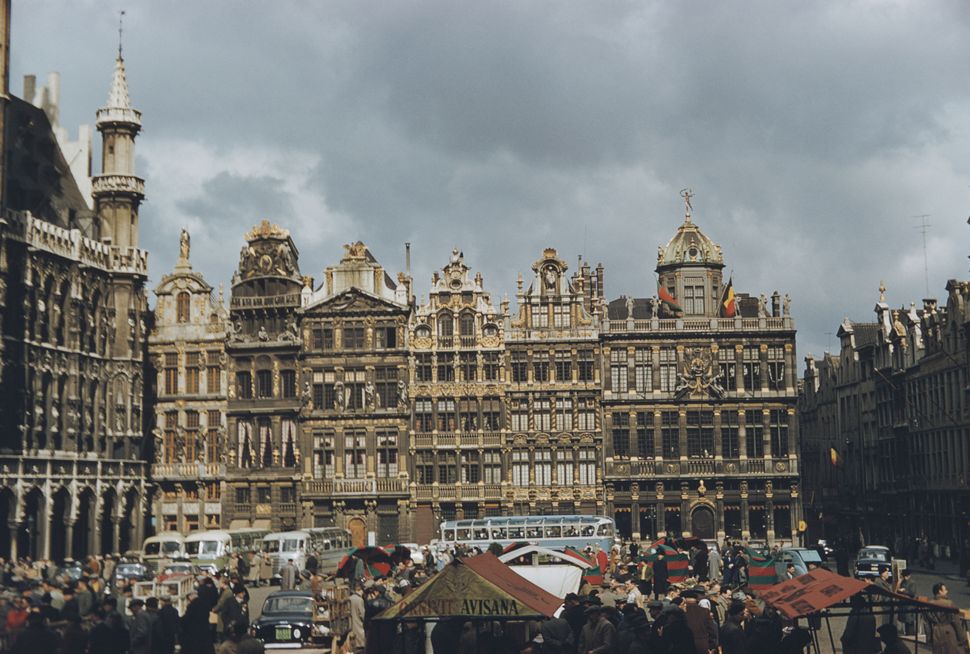 JTA — Jewish community leaders in Belgium protested a local politician’s placing of a swastika painting titled “God created A. Hitler” in the window display of an art gallery in Brussels.

The painting by Fatmir Limani, an artist and the Socialist Party alderman in charge of cultural affairs in the Brussels-area municipality of Koekelberg, is scheduled to be featured until September 30 in the prestigious Bog-Art gallery.

New post (Does art justify everything : controversial swastika painting displayed in Brussels gallery) has been published on EJP – https://t.co/ZNIFOpW27Q pic.twitter.com/nRfBCfdQcM

It is located about 600 yards away from the Jewish Museum of Belgium, where in 2014 four people were killed in a terrorist attack, allegedly perpetrated by an Islamist.

“It’s shocking,” Yohan Benizri, president of the CCOJB umbrella group representing French-speaking Belgian Jews, told the RTBF broadcaster Tuesday. “Seeing something like this on the streets of Belgium, it can be offensive. Seeing it in the context of rising anti-Semitism, it makes Belgium’s image seem even worse than it’s seen locally and international [sic] today.”

The artist, Benizri added, has a record of using shocking visuals and did not seem to attempt to single out Jews, but has nonetheless displayed “bad taste” with the swastika painting, Benizri said.

Joel Rubinfeld, president of the Belgian League Against Anti-Semitism, or LBCA, told RTBF: “The passerby seeing this on the street isn’t given the key to decipher the artist’s meaning,” leading to shock and the potential for mainstreaming Nazi symbols.

Belgium has seen several anti-Semitism scandals recently, including over the inclusion of a hooked nose gesture for the word “Jew” in the official Flemish sign language dictionary.