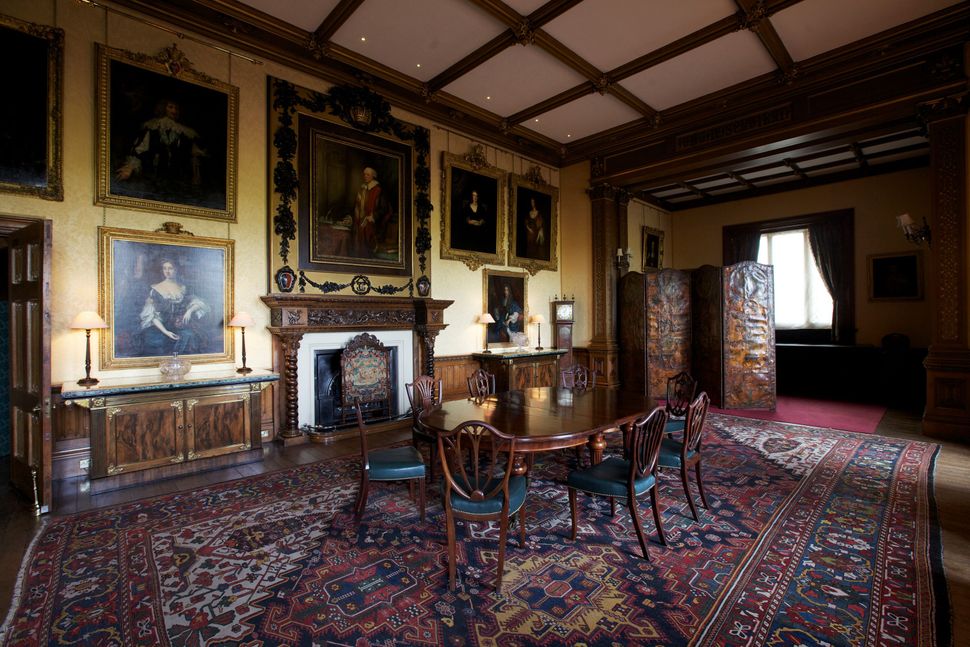 I stopped watching “Downton Abbey” right after that milk truck ran Matthew Crawley off the road at the end of Season 3.

Apparently, while I was gone — seeking my blue-blooded intrigue elsewhere (Westeros, mainly) — the series introduced some Jewish elements. Who knew! Well, if you are one of the millions who plan on seeing the “Downton Abbey” film this weekend, probably you!

Sadly, if IMDB and that extensive list of credit names in the trailer are to be trusted the Abbey’s most prominent Jewish character, Atticus Aldridge (Matt Barber), will not be appearing. Nor will his wife, Crawley cousin Rose (Lily James) or his parents, Lord and Lady Sinderby. But that doesn’t mean we can’t revisit the brief, shining moment where the Crawley Estate had a Jewish subplot.

Season 5 introduced the Aldridges, a banking family that fled Odessa for England during the 1859 pogroms. (This background is mentioned in dialogue, and an exiled member of Russian nobility responds in a characteristically anti-Semitic way.) We don’t know what the Aldridges’ original name was, but Atticus’s first name is “Ephraim.” Apparently the family wasn’t trying to be too discreet by the time he was born. Atticus’s mum’s family has a bit of a longer history in England, arriving sometime in the 15th Century from a place as-yet-undisclosed. It’s notable that this period of immigration was before the English Edict of Expulsion was lifted, so it’s likely the family was made to hide its faith on arriving or were made to pass as Christians.

Atticus’s interfaith courtship with Rose was contentious among their families. Series creator Julian Fellowes told Time magazine the resistance to their union — both on the Christian and the Jewish side — was informed by his own life.

“In my own youth I went out with a girl for some time from a very prominent, grand Jewish family,” Fellowes said. “And it was one of my only times when I have been considered ineligible and not a sort of desirable party.”

Leading up to Rose and Atticus’s wedding, Lord Sinderby calls his prospective daughter-in-law a shiksa. Meanwhile, Rose’s mum, Lady Flintshire, passive-aggressively asks the well-heeled Sinderbys if they have “any Jewish blood” and warns Rose that she’ll be an “outcast” if she weds a Jew.

In a Hail Mary effort to junk their nuptials, Lady Flintshire even hires the 1920s equivalent of a stripper to seduce Atticus and make it look like he’s cheating on Rose. It doesn’t work. They get married (no chuppah though).

Not everyone was pleased with the way the Sinderbys were portrayed. David Holzel of the Washington Jewish Week wrote“Fellowes has devised a nuclear family of cardboard cutouts that fit unflattering Jewish stereotypes and generate viewer antipathy,” and argued that Lord Sinderby appeared intolerant in using a Yiddish slur to describe the free-spirited Rose.

Holzel did give Fellowes the benefit of the doubt, however, writing “[W]e should allow for the possibility that the uncomplimentary presentation of the Aldridge family in Season 5 is merely a teaser for Season 6 …It is not a stretch to imagine Fellowes using the Aldridges as a means of exposing and examining British anti-Semitism as ‘Downton Abbey’ rolls into the late 1920s and early 1930s.”

Just kidding! The young couple moves to New York and Atticus’s parents are never seen again! (Rose and Atticus do appear in Season 6’s Christmas Special.) And actually, the show and movie, never even make it to the 1930s.

But those who have thoroughly traced the roots of the Grantham family know that Atticus is not the only Jewish relation. Lady Grantham (Elizabeth McGovern) is the daughter of a Cincinnati dry goods merchant named Isidore Levinson.

While Lady Grantham is Episcopalian, “Downton” fanatics jonesing for something Jewish can keep the detail of her paternity in mind. But then, let’s be real, watching “Downton Abbey” is about nurturing our inner, turn-of-the-century, gentile.