If ‘Downton Abbey’ Were Jewish 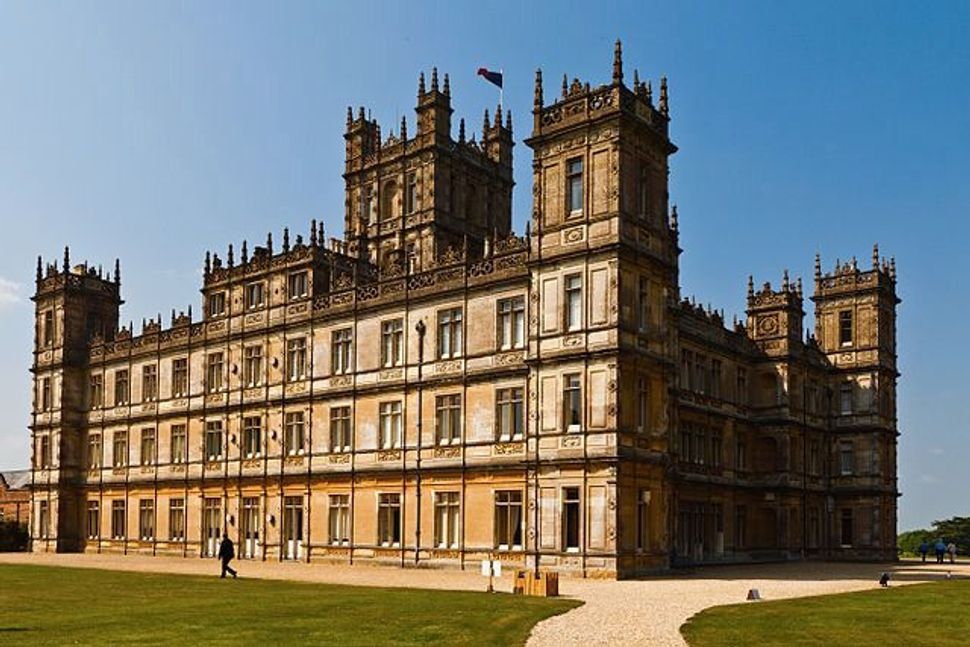 Natasha Solomons is the author of the new novel “The Song of Hartgrove Hall.” Her other novels include “The Gallery of Vanished Husbands” and “The House at Tyneford.” She lives in Dorset, England.

Music plays a big role in The Song of Hartgrove Hall, and serves as a form of communication for some of the characters. Why did you choose music as a main theme in the novel?

I’m a terrible musician and a dodgy singer – and perhaps that’s why I’m so fascinated by musicality in other people. As a writer I’m intrigued by different forms of creativity – I’ve written about painters, sculptors, singers, but this time I wanted to focus on a composer. I’m really lucky to have a lovely studio in the garden with a gorgeous view of the hill. It rises up out of the fields and I sit and watch as the weather forms above the ridge. As Pooh Bear would say, “it’s my thinking place.” I wanted to explore a musician’s relationship with the landscape. I draw my inspiration from where I live, and Fox, the curmudgeonly narrator of “The Song of Hartgrove Hall,” does likewise. He discovers the theme for his first symphony when he hears the folk songs sung by the local shepherds and laborers. For Fox, music is as much part of the landscape as the gorse bushes dotting the hillside. I also wanted to explore how people connect through music. At the start of the novel the elderly Fox is lonely and grief-stricken after the death of his beloved wife, Edie. Then, one morning, he discovers his troublesome young grandson is a musical prodigy on the piano. This connection becomes utterly central to Fox – they are not only grandfather and grandson but simply two musicians, and through this relationship he discovers the route back from loneliness and grief. Similarly, through music, he hopes to introduce his young grandson to the grandmother he never really knew.

The book takes place during two time periods — post World War II, and the beginning of the 21st century. Why did you pick these time periods, and how do they serve as a contrast to each other?

I wanted the first part of the story – where the 19-year-old Fox first meets Edie – to take place at the end of the Second World War. In an earlier novel, “The House at Tyneford,” I wrote about the last days of a great house before the army requisitioned it during the Second World War. This time I wanted to see what happened when a house was returned to the family. Frequently country houses were given back in terrible repair and the families often lacked the funds to restore them. At one stage it was estimated that great English houses were being destroyed at the rate of one each week in the years after the war. In the novel the Fox-Talbots are in a state of genteel poverty and are facing the sale or destruction of Hartgrove Hall. I wanted to compare this portrait of a house and family at the end of the war with a modern view of the country house. Later in the story, Fox once again is faced with the dilemma of selling the house. The role of the country house has changed totally over the last century, and I provide glimpses of the house and its owners during different times.The other simple reason for the two time periods is that I liked the idea of telling a love story backwards. At the start of the story we know Fox and Edie have been married for 50 years but we don’t know how it happened. When we first meet Edie, she’s inconveniently the girlfriend of Fox’s rather dapper brother Jack.

Is Hartgrove Hall based on a real house, and what does it signify for the characters?

The house is an amalgamation of houses near where I live in Dorset, England. The one it resembles most closely is one that used to be called Turnworth House but was destroyed at the end of the Second World War. It had fallen into disrepair and there was no money to restore it, and so it was pulled down. It was supposed to have been a particularly beautiful manor – I include the incidence of its demolition in the book. Fox loves Hartgrove Hall but his affection for his family home is complicated. He realizes that if he chooses to stay and help his brothers keep hold of the estate, he won’t be able to have a career as a musician. While his musical inspiration comes from the landscape around the house, by staying at home and making the house his life, he won’t be able to dedicate himself to music. The house, much like music, is also the glue that binds the Fox-Talbot brothers together.

What role do you see Judaism playing in the novel?

Edie has an uneasy relationship to her Jewishness. She became the quintessential English Rose during the Second World War – a symbol of patriotism. Fox feels like a fool when he realizes that he didn’t know she’s Jewish, or that Edie Rose is her stage name. He can’t bear the wartime ditties she used to sing – the songs he loves are the Yiddish melodies she occasionally sings. They express something hidden and private and also rather other. Latterly this sense of otherness irks Fox, he feels separated from Edie by her Jewishness. It’s a part of her that he can’t reach. She wants to be buried at the Jewish cemetery and not in the woods – something that he finds very difficult to reconcile.

I’m just starting to think about a new novel. I’d like to write about the sea again.

This interview originally appeared on .

If ‘Downton Abbey’ Were Jewish