As Europe remembers the 80th anniversary of the start of World War II, the history of the Holocaust remains contested and challenged. Many Europeans are still reluctant to fully own their past.

In Poland, despite ample evidence of Polish collaboration with the Nazis, a recent law forbade linking the term “Polish” to concentration camps or to crimes against Jews. In France, every president since Jacques Chirac has publicly acknowledged France’s collective responsibility for deporting 76,000 Jews. But during the presidential campaign of 2017, both Marine Le Pen and Jean-Luc Mélenchon, the extreme right and far left candidates, disputed that position, arguing that “Vichy was not France.” Meanwhile, in Hungary, a planned museum called the House of Fates will promote a narrative of shared Jewish and Hungarian victimhood at the hands of the Nazis — never mind that in 1944 half a million Jews were arrested by the Hungarian Arrow Cross government.

I grew up in Antwerp, Belgium’s second-largest city. During my childhood there in the 1980s and 1990s, the city was home to about 20,000 Jews. It was a community of Holocaust survivors and their descendants, so my friends and I grew up in a culture of remembrance. Our grandparents spoke about their experiences during the Holocaust much more openly with us than they did our parents. There was a sense of urgency to those conversations; when they died, their stories would be ours to bear. 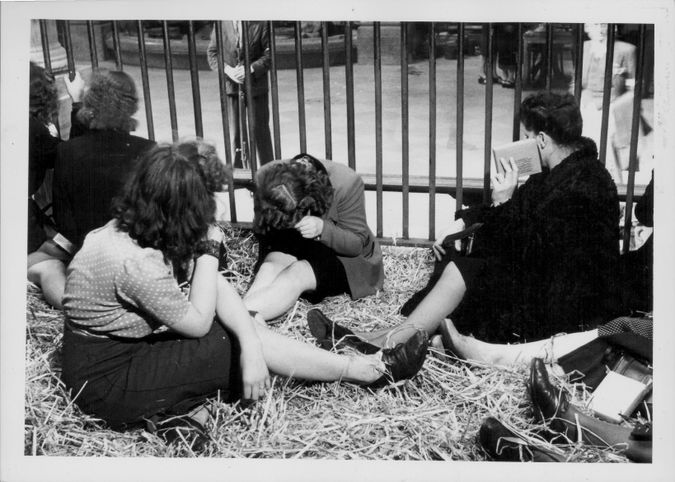 We took part in commemorative events throughout the year, but we were always alone. Our non-Jewish neighbors never joined us. The Jewish community fostered a culture of remembrance, but we lived in a city that wanted to forget.

Around the turn of the century, historians showed that the percentage of Jews deported to death camps was significantly higher in Antwerp than in the rest of the country: Whereas 45% of Jews in Belgium were deported, in Antwerp the number was around 60%. But the city quietly ignored this dubious distinction. That rejection became most brutally clear in the summer of 2017, the 75th anniversary of the large-scale razzias, or raids, during which a majority of Western European Jews were arrested and deported to Nazi death camps. Antwerp, which deported about 10,000 Jews, almost none of whom survived, did not hold a single commemorative event. In the entire surrounding area there was only one such occasion; in the suburb Deurne, the municipality organized an official ceremony to “honor police resistance against the razzias.”

Except there was no police resistance in the summer of 1942. Not a single act. According to historian Herman Van Goethem, author of the 2018 book “1942 Het jaar van de stilte” (“1942 A Black Year of Silence”), every local policeman who was called up reported for duty and arrested Jews for deportation. It is true that the police of Deurne did eventually engage in heroic acts of resistance and sabotage that cost 43 men their lives. But that was in 1944 — much too late for the city’s Jews.

From naming a section of the harbor after a notorious collaborator to refusing, until recently, to grant permission to place stolpersteins (stumbling stones) commemorating Jewish victims in front of their former houses, Antwerp’s reluctance to account for its role in the Holocaust was distressing. But Van Goethem’s book is one of two recent releases dealing with Antwerp’s dark past, both written by grandchildren of collaborators, that suggest that a reckoning may, slowly, be starting.

Released two years before Van Goethem’s historical study, Jeroen Olyslaeger’s gripping 2016 war novel “Will,” which won accolades in its original Flemish and makes its English-language debut this month, tells the story of the fictional Antwerp policeman Wilfried Wils, who is, in his own words, a “double bag.” Will arrested Jews during the Nazi occupation of Belgium — brutally, if needed. But he also helped a colleague feed a hidden Jew, though he agreed to do so only because he was in love with the colleague’s sister. In the book Will, now 92 years old, tells his story to an imaginary grandson. He admits that he was a bastard, but he is unrepentant and refuses to take responsibility, arguing that his past actions should not be judged by modern standards.

Will’s belligerence is, in part, a response to a tragedy that consumes him: His granddaughter killed herself out of shame over his wartime actions. In an act of belated explanation, he addresses his grief by narrating the experience of the occupation as it was, in all its ugliness and brutality. Jews were the last of anyone’s concerns, he says. It had not been his decision to arrest them, but under the tremendous strain of life under occupation, he could not muster any compassion for them. His goal was simple: To keep his job, and survive. If that required hunting down innocent Jews, so be it. As Olyslaegers draws his readers deep into Will’s psyche, he forces us to ask ourselves whether we would — or could — have made better choices.

Van Goethem’s “1942 A Black Year of Silence,” based on 14 years of research in the police archives, makes for a compelling non-fiction counterpart for “Will.” In “1942,” Van Goethem, chancellor of the University of Antwerp, demonstrates for the first time that Antwerp’s mayor, police chief and attorney general not only knew that razzias would take place in the summer of 1942, but also provided large scale assistance to the Germans. In advance of the razzias, Van Goethem shows, the Antwerp police force was reorganized, and officers known for having Nazi sympathies were reassigned to Jewish neighborhoods. The mayor ordered that an old mattress warehouse be repurposed as holding pen for arrested Jews. He gave instructions to provide full assistance to the German occupying authorities, in terms just fuzzy enough to obscure the extent of his cooperation. And on the fateful nights when Jews were arrested, the mayor happened to be on vacation and unreachable. This extensive preparation explains why Antwerp’s policemen, despite some confusion, felt legally covered to proceed with arrests that violated Belgium’s rule of law, which required probable cause for arrest. Every police officer knew that an individual’s religion did not constitute probable cause, much less a crime.

But as Van Goethem reminds readers, in 1942, Germany seemed invincible. It was widely believed that a negotiated peace between the Allies and Germany, which would place much of Europe under German control, was the only way out of the war. In this context, surrendering a few Jews while hoping for successful negotiations likely seemed to many to be a reasonable political calculation.

Yet as the war went on, other such calculations struck powerful Antwerpians as a step too far. When, in late 1942, the Germans asked for help in rounding up unemployed non-Jews for forced work in Germany, for example, the mayor and police chief refused, knowing that providing such assistance would provoke massive resistance. Van Goethem leaves unfortunately unspoken the clear difference between this moment and the razzias: Anti-Semitism had deprived Jews of the solidarity that unemployed non-Jews could count on. Between late 1942 and early 1943, when it became clear that Germany was going to lose the war, the mayor told the police to stop collaborating.

Van Goethem’s deep empathy for Jewish victims jumps off the page. He gives them names and faces, includes their pictures in the margins of the text, and tells some of their stories as they are described in the police archives. Among those stories is that of Etelka Katz, a young mother who, awaiting deportation after her arrest, on September 30, 1942 sent a letter begging authorities to fetch her two young children Gustaaf and Georges, both under the age of three, from an orphanage so that they might be deported as a family. She did not know where she was going, and like many mothers, she thought that her children would be safest with her.

As anti-Jewish laws grew harsher, Van Goethem reveals, police officers dryly recorded an unending stream of Jewish suicides. They documented the Jews’ disastrous impoverishment and the Jewish Council’s anxious request for more food for famished babies and toddlers, promptly rejected by the Germans. Towards the end of the book, Van Goethem writes about distraught elderly Jews who came to listen to one of his lectures and, while listening, showed profound grief.

Do these two books mean that Antwerp is finally ready to acknowledge that suffering?

Days after Deurne’s pitiful 2017 commemoration, Olyslaegers and Van Goethem were contacted by the local neighborhood association of what used to be a Jewish neighborhood in the 1940s. Together they toured the neighborhood, discussed where the Jews lived, what the different buildings were and what happened. In subsequent interviews the two authors described this tour as transformative for themselves as well as for the non-Jewish neighborhood residents who participated. That this grassroots initiative came at near-precisely the same time as the city was shunning all memory is remarkable. It gives me hope that Antwerp is beginning to understand that it does not need to forget anymore.