Bob Woodward Booed At Shul For Talking Over Weinstein Reporters 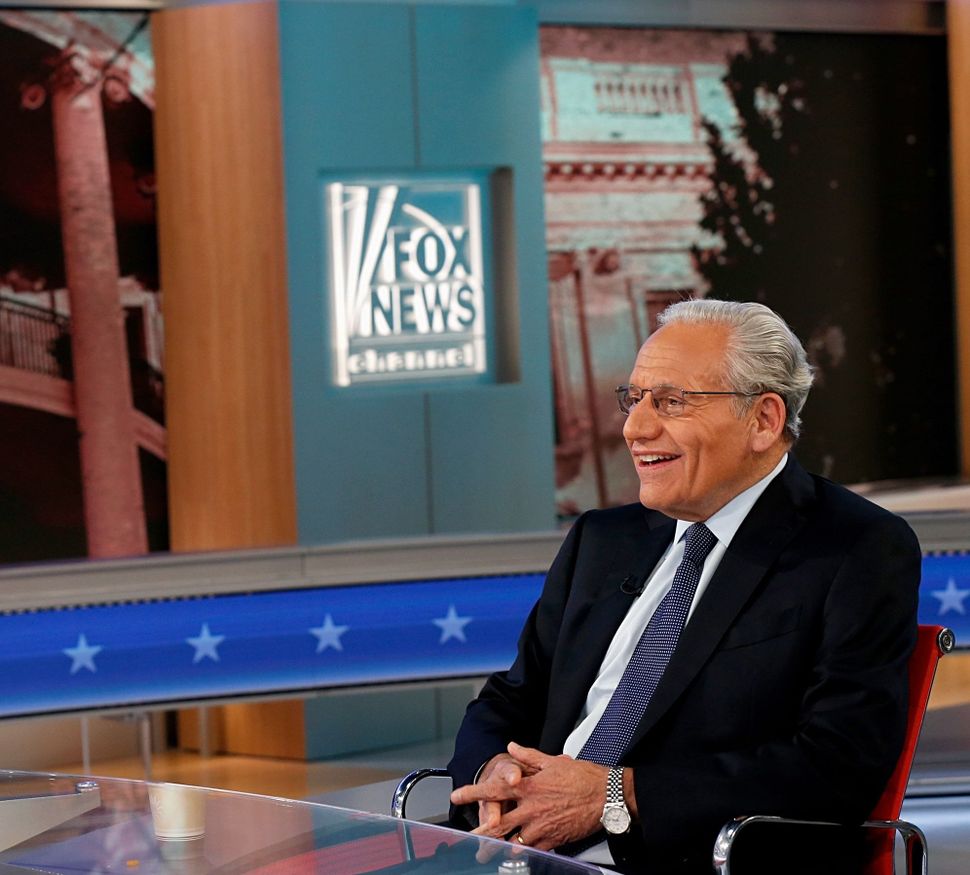 According to audience members who posted their reactions to social media, Woodward, whose interview was planned to promote Twohey and Kantor’s new book “She Said,” repeatedly interrupted the authors and asked inappropriate questions, prompting jeers and walkouts from the crowd. Getting booed in shul – it’s not just for Haman anymore.

In a long thread posted to Twitter, Robyn Swirling, the founder of Works in Progress, an organization aimed at combatting sexual harassment, documented Woodward’s questions, which she said “made clear he didn’t understand the first thing about rape culture.”

Woodward, Swirling wrote, asked Twohey and Kantor if they found “any women who made up allegations,” and, when told that Weinstein’s pattern of abuse was about power, added, “It’s about sex also though, isn’t it?”

In response, the audience reportedly shouted “No!” According to Swirling, Woodward then suggested that Weinstein’s behavior was a kind of “weird foreplay.”

When Woodward continued to interrupt Twohey and Kantor, Swirling said that Media Matters writer Rachel Tardiff screamed from the balcony to “let them finish!”

20 minutes into this discussion, Woodward was still repeatedly interrupting his interview subjects. I was about to scream – in a shul. The whole audience was clearly fed up. From the balcony, badass extraordinaire @ranachronism yelled “let her finish!” and the audience applauded.

Journalist and Recode co-founder Kara Swisher, who called Swirling’s thread a “perfect reporting of the event”, wrote on [Twitter] that Woodward was “blowing this interview,” calling him “interruptive.”

“It’s a exercise in how not to interview,” Swisher concluded.

Attendee Anna Kain, speaking to NBC News, was a bit more forgiving, telling the outlet, “It was an example of well-intentioned questions from someone everyone respects, but without any forethought to the nuances and complexities surrounding the dynamics that allowed what their reporting uncovered to persist in the first place.”

Speaking to the New York Post, Woodward, who, with fellow reporter Carl Bernstein, broke the Watergate story in the Washington Post, defended his interview.

“All I did was praise the book as a real handbook to investigative reporting and actually a masterpiece, and I asked questions about it,” Woodward said, adding that Twohey and Kantor even signed his book and called his questions “fabulous.”

Bob Woodward Booed At Shul For Talking Over Weinstein Reporters