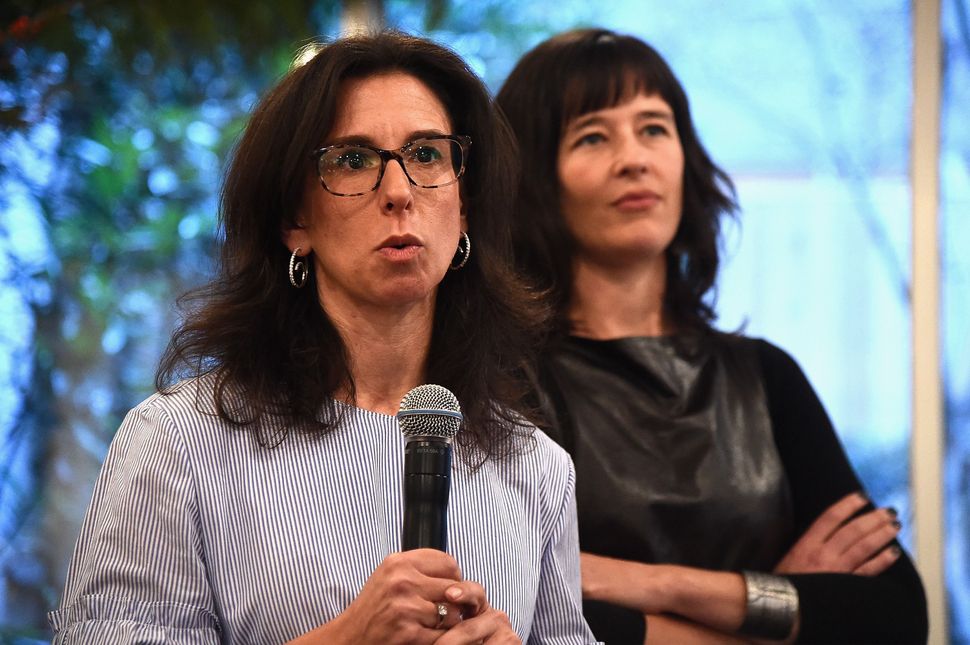 Jodi Kantor, Megan Twohey, and Ronan Farrow, on behalf of The New York Times and The New Yorker, respectively, received a Pulitzer Prize in Public Service today for their extraordinary investigative journalism surrounding allegations against Harvey Weinstein. And how did the women responsible for unleashing the information that started a movement for women’s rights and the rights of all abuse and harassment survivors celebrate their accolade?

With their daughters, of course.

Kantor posted on Twitter that she and Twohey threw a “secret Pulitzer celebration” with their young daughters, “who inspired — and interrupted — our journalism.”

If imagining two women trying to make the world a better place for their daughters while also trying to raise those daughters isn’t enough to make you want to watch the movie “Erin Brockovich” on repeat for the length of a fortnight, Ronan Farrow’s Pulitzer acknowledgment might.

Farrow, who published an in-depth reported piece on the Weinstein allegations in the New Yorker just after Kantor and Twohey’s story, commented that he shared his win with the Times reporters as well as the many women who shared their experiences for his story. He responded to Asia Argento, the Italian actress whose allegations against Weinstein were broken in his New Yorker story, saying, “This is yours too, Asia.”