Iran Banned From Judo Competition Unless It Agrees To Fight Israel 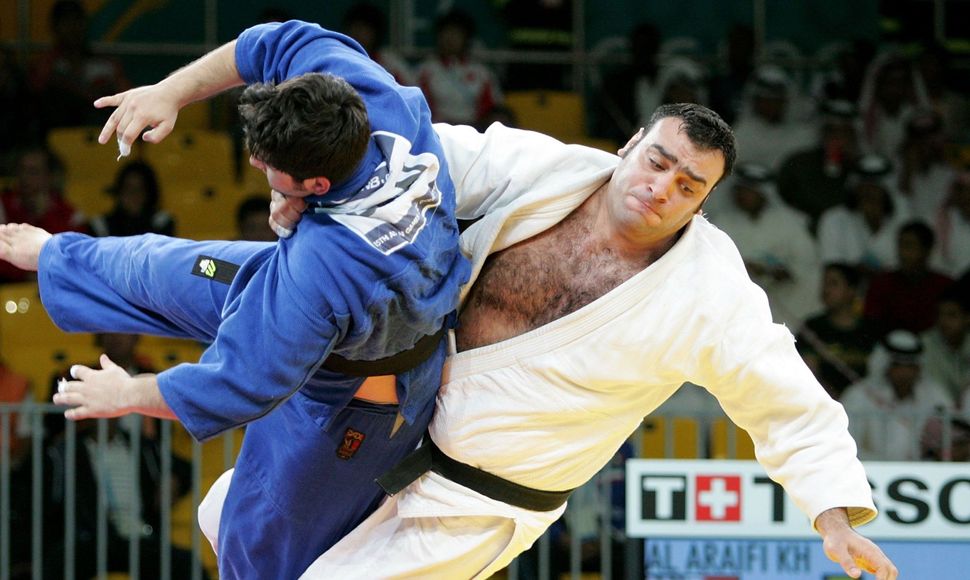 Iran’s refusal to face Israeli judo competitors cost the country its chance to compete with the sport’s official federation.

On Tuesday, the International Judo Federation (IJF) barred the Islamic republic following a provisional ban issued last month. The initial ban resulted from an investigation into athlete, Saeid Mollaei, said to have thrown an August 28 match to avoid squaring off against Israeli competitor Sagi Muki, the Times of Israel reported.

The IJF wrote in a statement that it decided “to pronounce against the Iran Judo Federation a suspension from all competitions, administrative and social activities organized or authorized by the IJF and its Unions, until the Iran Judo Federation gives strong guarantees and prove that they will respect the IJF Statutes and accept that their athletes fight against Israeli athletes.”

Mollaei told authorities that he was ordered to lose in a semifinal bout in the Tokyo competition rather than face Muki in the final for their weight class. The IJF claimed that an official from the Iranian embassy in Tokyo instructed Mollaei to lose while he was warming up.

The Iranian Judo Federation denied that it had pressured its fighters, but it has a long track record of non-competition with Israelis, boycotting the Jewish State in soccer, basketball and even table tennis, youth volleyball, chess and snooker.

Excuses the country has used for its failure to face off in sport have included visa issues, indigestion and, in one high profile instance from the 2004 Olympics, a competitor, Arash Miresmaeili, now the president of the Iranian Judo Federation, [having packed on a few too many pounds (https://www.theguardian.com/sport/2004/aug/15/athensolympics2004.olympicgames16) in advance of his match. Miresmaili later told the media that he refused to fight Israel in solidarity with Palestinians.

Judo is a sport at which Iranians excel, and the decision from the IJF is discouraging in the lead-up to the summer 2020 Olympics in Tokyo. The IJF said their ruling won’t affect Iran at the Olympics, as another entity, the Iranian Olympic Committee – also accused of trying to influence Mollaei – is responsible for entering athletes. Still, as the Associated Press reported, without the needed rankings from IJF events, Iran’s odds of qualifying for the Olympics have gotten slimmer with the decision.

Israel has a number of champions in judo, but they have at times faced prejudice in other Middle Eastern countries. In 2017, judoka Tal Flicker accepted a gold medal from the IJF in Abu Dhabi. The host country disregarded convention, refusing to play Flicker’s country’s anthem to mark his achievement. Flicker sang “Hatikva” by himself over a generic IJF anthem.

Israeli Culture Minister Miri Regev praised the IJF’s ban, while telling the Times of Israel, in a statement, that she regretted “the heavy price Iranian athletes will have to pay because of their regime’s decisions.”

Mollaei appears to be using another country to make his bid for the Olympics, having left for Berlin after the August championships.

Tehran has 21 days to appeal the IJF’s decision, and is expected to do so.

Iran Banned From Judo Competition Unless It Agrees To Fight Israel