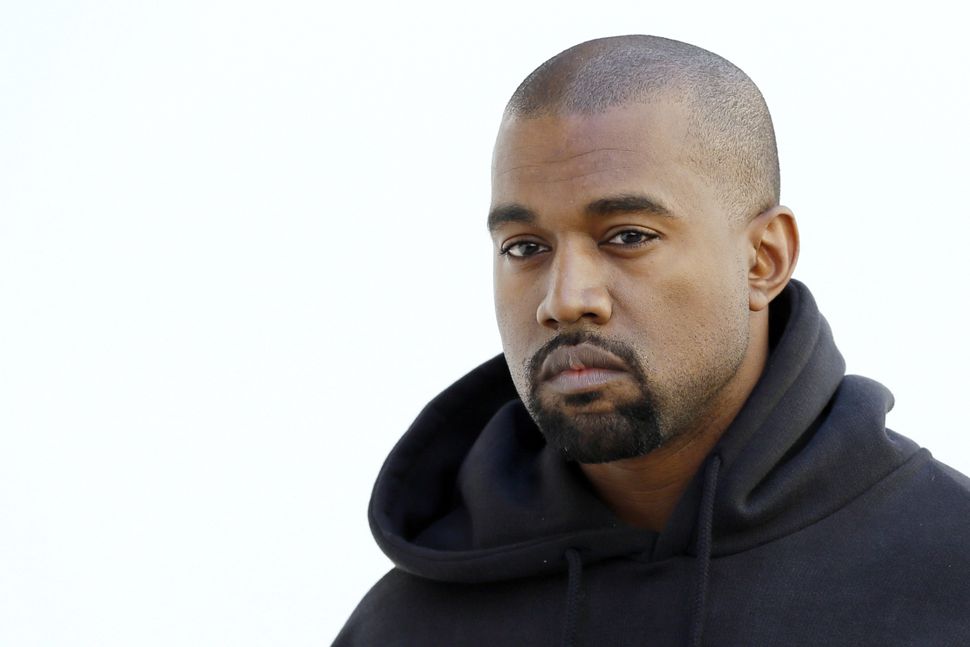 Kanye West’s long-awaited ninth studio album, “Jesus Is King,” dropped Friday, breaking the internet in a manner only he and his wife, Kim Kardashian, know how to do.

An extension of West’s Sunday Service gospel-rap group, it is Yeezy’s most explicitly religious record to date, nodding to old gospel standards and quoting scripture in between his signature hooks and well-curated samples. Also, Kenny G is on this album.

Yes, Kenny G, the curly-tressed godhead of Skippy-smooth easy-listening sax is on the track “Use This Gospel.” The Jewish-American icon of accessible jazz first became attached to Kanye’s record (which also comes with an IMAX film of the same name) after performing for West and Kim K at their home on Valentine’s Day.

G (nee Gorelick) told GQ that Kanye played him some tracks in his studio; he then offered to lend his tenor sax to the mix of one song.

It sounds pretty good, if we’re being honest, though there is a strange lyrical moment. In between an earwormy chorus of “Use this gospel for protection/It’s a hard road to Heaven/We call on your blessings/In the Father, we put our faith/King of the kingdom…”

Rapper No Malice hops on the song and adds the following verse:

“A lot of damaged souls, I done damaged those/ And in my arrogance, took a camera pose/ Caught with a trunk of Barry Manilows/ They sing a different tune when the slammer close.”

What does this mean, exactly, and why the namedrop of another Jewish easy listening legend? It appears to be referencing not the “Copa Cabana” singer but cocaine or “blow” that No Malice was caught transporting.*

But there are, as is natural with Judaism’s cousin faith of Christianity, references to Torah. “Children of Abraham” gets a shoutout (though cribbed from a verse from John); Kanye recalls thinking “the Book of Job was a job,” and wonders “What if Eve made apple juice?”

In a nod to a more natural liquid, the track “Water” has this chorus, sung by Ant Clemons:

“Let Your light reflect on me/ I promise I’m not hiding anything/ It’s water/ We are water/ Pure as water.”

The lyrics recall a passage in Jeremiah, where God refers to himself as “the fount of living waters.”

Finally, there is some relevant Hebrew that comes into play on the track “Hands On,” where Ye refers to the “True and loving God, Yeshua,” the Hebrew name given to Jesus, which is often used in Messianic Jewish circles.

Correction, October 28, 3:30 p.m.: [An earlier version of this article speculated that the reference to Barry Manilow may be indicating a homophobic prison trope.]