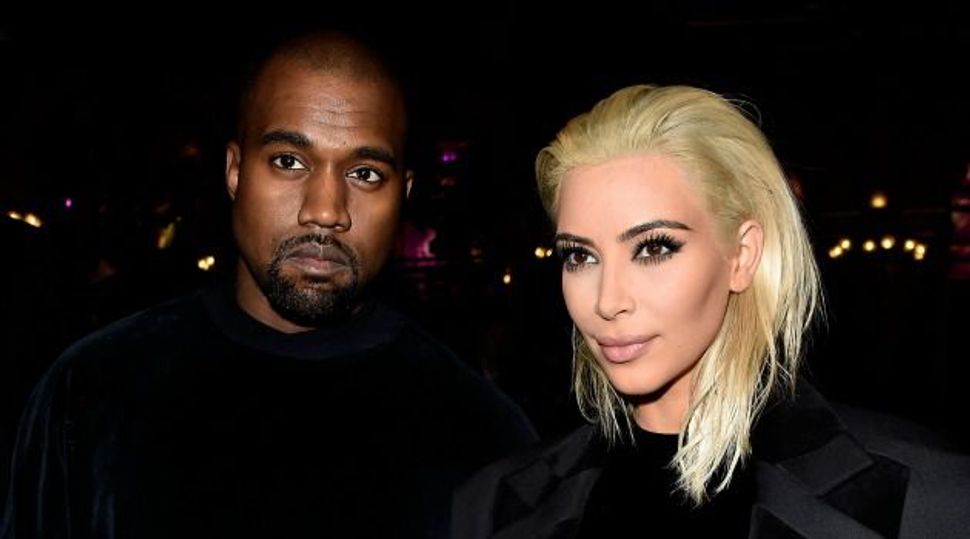 Kanye West and Kim Kardashian reportedly are planning to visit Israel next month.

The celebrity power couple booked rooms at Jerusalem’s high-end Waldorf Astoria Hotel for themselves and their entourage for April 12, the Israeli daily Yediot Acharonot reported Wednesday.

The hotel declined to comment to Yediot, which reported that everyone involved in the visit has signed a multimillion-dollar confidentiality agreement. An Israeli security firm that specializes in protecting VIPs has been hired, according to the newspaper.

The couple reportedly is visiting Israel before flying to Jordan.

Reports emerged in January that Kardashian and her two sisters were planning to buy a Tel Aviv apartment worth $30 million.

Meanwhile, American actor Richard Gere reportedly will arrive in Israel next week to continue filming for the “Oppenheimer Strategies,” a project by Israeli director Joseph Cedar. The project recently wrapped up its New York filming.