In Utah, The Spooky Tale Of A Haunted Jewish Mausoleum 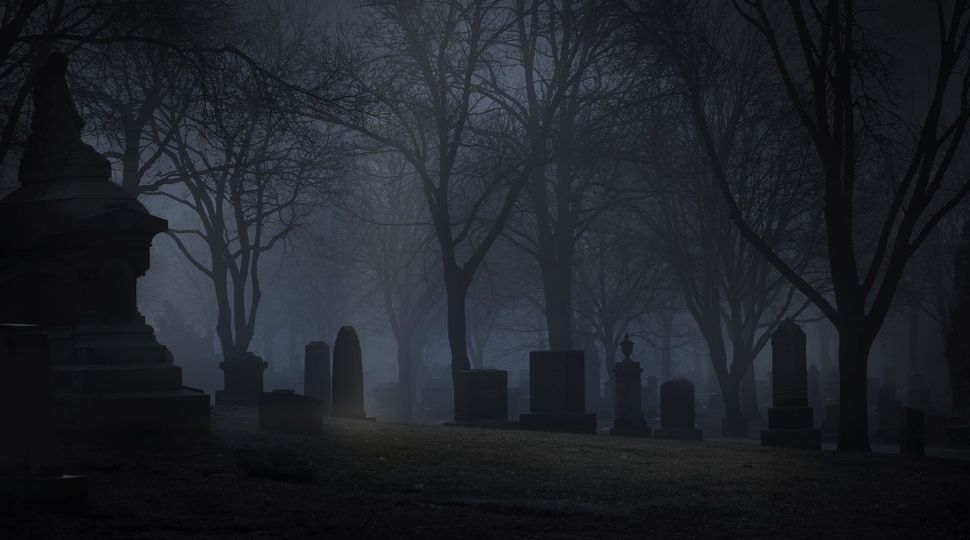 A cemetery at night, with fog Image by iStock

On the surface, there’s nothing remarkable about the Moritz mausoleum. On the grounds of the B’Nai Israel Cemetery in Salt Lake City, Utah, the simple stone vault is cut with its occupant’s last name on the lintel, and its metal door is bordered with floral motifs. It doesn’t appear to be worth a second look. But legend has it, if you gaze at it long enough, you may find eyes staring back at you.

Local lore has held that if you circle the crypt three times with a candle, chanting the name “Emo, Emo, Emo,” a pair of gleaming red eyes will appear to you from the window of the tomb. That opening has since been closed — owing to complaints, trespassing and vandalism — but the legend persists.

No one’s really sure how this curious custom started or why, though “Moritz” is clearly etched on the stone, it earned the moniker “Emo’s grave.”

What’s clearer is the life of the mausoleum’s one-time resident (his remains were later moved, but we’ll get to that). 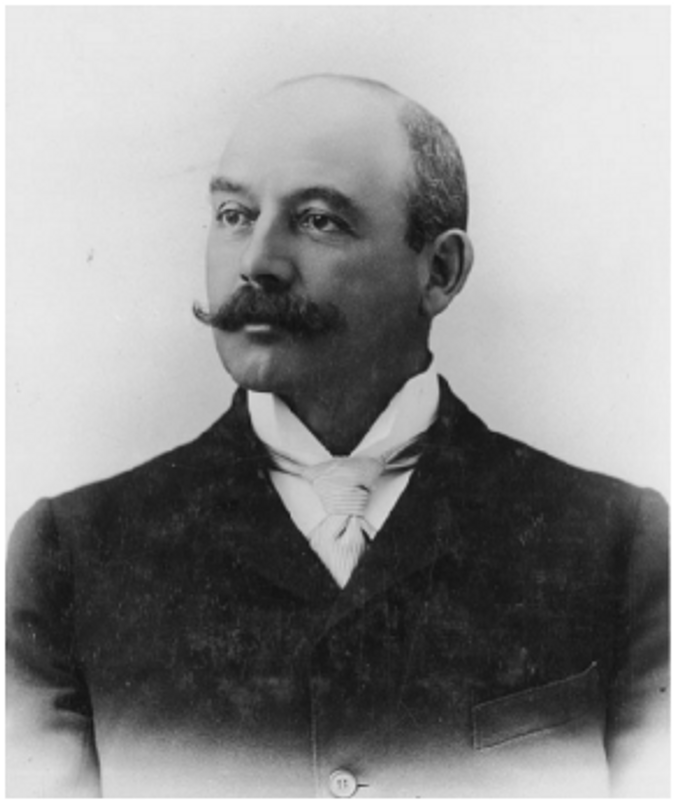 Jacob Moritz was a Jewish brewer in a part of the country that, by the early 20th Century, was already long-associated with Mormons and thus, teetotalling. He nonetheless was hugely successful in the trade, had the support of the Mormon community and was a force in Salt Lake City politics.

“Like many of the early Utah Jewish pioneers, he was from Germany and moved out here,” said Rabbi Samuel Spector, whose synagogue, Congregation Kol Ami, owns the B’Nai Israel Cemetery. “A lot of them came out here as merchants, and he came out here and created a brewery which became one of the larger breweries in the country.”

According to Rochelle Kaplan’s research for the Utah Jewish Genealogical Society’s newsletter, Atsmi Uvsari, Moritz was born in Ingenheim, Rheinpfalz in Germany on February 22, 1849. His father, Isaac, was a merchant and hotel owner, a common vocation for many Jews of the era, and one that led some to the start brewing their own drinks for guests.

Moritz would leave home for a business school in Mannheim and, by September 14, 1866, made his way to America and began working for F.M. Schaefer Brewing Company in New York City. He stayed two years before heading to St. Louis for a job at Anheuser-Busch, then moved on to try his luck mining in Helena, Montana. His foray into mining didn’t pan out; by 1871, Moritz landed in Salt Lake City and went into the brewing business for himself.

He founded the Montana Brewing Company, later recalling, according to a Salt Lake Tribune article, how he began the enterprise “without capital save energy and intelligence.” Four years later he invested in a plant for a new venture: the Salt Lake City Brewing Company, which went on to earn medals in 1890s state fairs for its beer. According to a 1909 article on Moritz, included in “Sketches of the Inter-Mountain West,” a volume published by the Salt Lake Tribune, the brewery had a capacity of 400 barrels a day and capped “one thousand three hundred dozen” per day under the brands American Beauty, Pilsener and Export and “an excellent Porter Triple.”

The 1909 writeup described Moritz as “the energetic and progressive vice-president, treasurer and general manager” of the company. All these glowing adjectives, while promotional copy, appear to be true. His brewery shipped its beer to Idaho, Wyoming, Montana, Nevada, Colorado and California.

Moritz’s progressive bona fides are also documented. The brewer and businessman made use of modern machinery and electricity in his state-of-the-art plant. Politically, he was a well-known Republican (prior to the conservative flip of the party) and liberal in Utah.

He was, by all accounts, quite open-minded.

Kaplan’s research found that in 1885 Moritz served on a grand jury where the prosecutor hoped to indict two men men charged with unlawful cohabitation. The catch: the two men had already been indicted, and already served time for the offense.

Utah, at that point, made a habit of double jeopardy, charging men for for the same crime when their terms were set to expire as a way to keep polygamists under lock-and-key indefinitely. Moritz objected, saying, according to the Salt Lake Tribune that “where parties had been indicted, tried and convicted, those parties ought to have a chance after they came out.” Refusing to cooperate, Moritz was dismissed from the case, earning the respect of the Mormons, despite his line of work.

But Moritz, who was married to the same woman – Lahela Louisson, the daughter of a mercantile family who was said to be the first Jewish woman born in Hawaii – from 1889 until his death, had a progressive municipal philosophy as well.

Per an article in the Salt Lake City Tribune from October 13, 1907, Moritz planned to build a commercial district in the city’s Second South Street between Plum and Commercial Streets, then a stretch of pawn shops and drinking establishments. Moritz, who had shelled out $100,000 for the property, already owned some 36 saloons in the area, which was also the home base for his brewery, one of the largest in the West and the biggest producer in Utah.

Moritz was civically involved as well, serving in the state legislature and the Utah Constitutional Convention. In 1905, Moritz became president of Temple B’nai Israel and Lahela was a leader of the local Hebrew Ladies’ Relief Society.

But while he became a fixture of the Utah community, Moritz would die of stomach cancer while on holiday in his native Germany in 1910. He was not buried there, however, opting to have an urn with his ashes placed at the mausoleum, which, soon after he was interred, became the stuff of myth.

That myth became a headache for the cemetery’s custodians in recent years. Carol Hochstadt, chairperson of the Kol Ami Cemetery Association, told the Forward that until a few years ago, mystery tour buses would park outside the grave on Fourth Avenue at night, and their passengers would trespass onto the grounds. Neighbors complained.

“Nobody’s supposed to be in the cemetery after dark,” Hochstadt said. “There’s a fence, but you can climb over it. I called the police, I called the operator of the tour, but they like this specific grave.”

The solution arrived at by the association, which is composed of volunteers, was to cover the window, where the red eyes are said to appear and where the bus passengers would light candles, with sheet metal. It wasn’t a show of disrespect, members reasoned, as Moritz’s ashes were removed from the vault long before. In any case, he had no relatives left in Utah to object.

Since this measure, Hochstadt said, the angry phone calls stopped, but, she noted, “I would not fix that monument if it fell over – unless, of course, it might pose a danger to our visitors.” For those looking to pay their respects, Hochstadt suggested some alternative graves, like that of the first Jewish governor of Utah, Simon Bamberger.

While Spector told the Forward that the urban legend appears to be on the wane, he believes that the cemetery represents a larger history of Jews like Moritz – pioneering spirits dating back from the 1860s, when Brigham Young gifted the land to Utah’s Jews to bury their dead.

In Utah, The Spooky Tale Of A Haunted Jewish Mausoleum