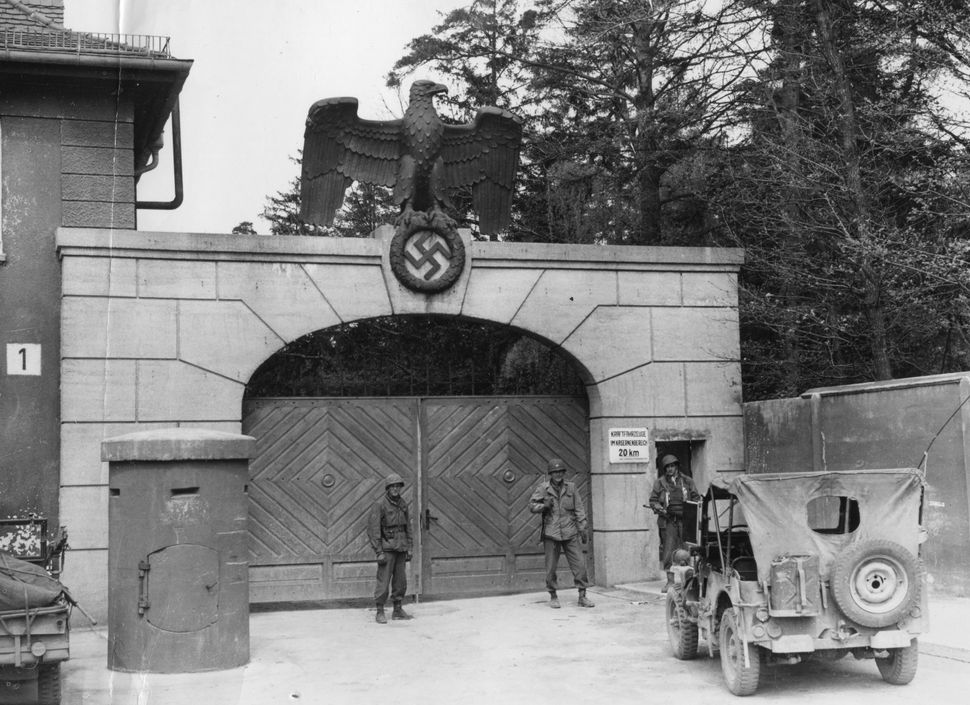 The gate of Dachau Image by Getty Images

The Survivors: A Story of War, Inheritance, and Healing

The astute reader may detect a hint of ironic foreshadowing. Frankel’s memoir, “The Survivors,” takes a series of surprising, sometimes unwieldy, twists and turns, and veers close to self-indulgence. But it stays readable, and mostly engrossing, throughout.

“This is not the book I intended to write,” Frankel says at the outset. His original idea was to focus on the stories of his four grandparents, along with the more intimate tale of “the ways the trauma of the Holocaust has reverberated through the generations of my family.” Instead, he has written not just about trauma, but inheritance, identity, and the value of confronting even the most fraught past.

The two sides of Frankel’s family could not have been more different. “The Perecmans, I sometimes thought, were who I was; the Frankels and Minows, who I wanted to be….,” he writes. “They’d gone to impressive schools, done impressive things….”

His father’s family was both emotionally warm – just how warm becomes clear only in the memoir’s final pages — and filled with achievers. His paternal grandfather was a Democratic speechwriter, civic activist and corporate vice president. His father took pride in having written a pioneering sexual harassment policy at the United Nations.

The Minows, relatives by marriage, were even more prominent. Newton Minow, a great-uncle, chaired the Federal Communications Commission under President John F. Kennedy. Frankel’s cousin, Martha Minow, a law professor and later dean of Harvard Law School, encouraged her father, “Uncle Newt,” to hire one of her students as a summer associate at his Chicago law firm.

That onetime law student, Barack Obama, would repay the favor years later, hiring the Princeton-educated Frankel as a speechwriter.

Frankel’s maternal heritage was darker and more complicated. Both grandparents were Lithuanian-born Holocaust survivors, loving but psychologically scarred. His mother, by dint of heritage, upbringing or misfortune, struggled with mental illness, including bouts of depression and outbursts of rage. His parents separated around his fourth birthday, divorcing a few years later. His mother, the principal custodial parent, would often shut herself up in her room, leaving her son to fend for himself.

That, it turned out, was neither her sole parenting blunder, nor her gravest.

The narrative begins at a diner, where Frankel’s maternal grandfather, whom he calls Zayde, is urging him to forgive his mother. For what, we don’t yet know, nor does Zayde, a watch repairer in New Haven, Conn. But he and the rest of the family know there has been a rupture of sorts.

The secrets multiply. It turns out that almost nobody in this book is quite who they seem.

Zayde was born Gershon Gubersky to a once-prosperous family in a small town near Vilna. The Soviet occupation at the start of World War II was succeeded by the far more disastrous German invasion in June 1941. Anti-Semitic decrees and quotidian brutality quickly devolved into mass murder. All of Zayde’s friends, he would later recount, were massacred at a place called Ponar.

In Nazi concentration camps, Gubersky would at least twice help save his own father’s life. After a brief, horrifying stint in Stutthof, in modern-day Poland, the two ended up in Dachau. For a while, he and his father worked as slave laborers building an “underground airport,” a job with a high mortality rate. But his skill at watch repair earned them both a transfer, enabling their survival.

After hiding in a bunker, Frankel’s maternal grandmother, whom he called Bubbie, spent much of the war in a forest-based partisan brigade. She and Zayde later met and married in a displaced persons camp. To avoid the potential taint of his smuggling activities and ensure their immigration to the United States, they assumed new names: Abraham and Lea Perecman. Settling in New Haven, surrounded by Holocaust survivors, they rarely talked about their personal wartime experiences. (Frankel has nevertheless done a painstaking job of reconstructing them.)

The power of family is one of the book’s themes. So, too, is what Frankel calls intergenerational trauma, which he suspects may have contributed to his mother’s mental-health problems. But he can’t know for sure. Psychological studies of second- and third-generation Holocaust survivors have been inconclusive, he writes.

We do know that silence and guilt can envelop such families. Beyond nurture itself, Frankel talks about the role of epigenetics – a kind of inheritance involving not genetic transmission, but rather (environmentally sensitive) mechanisms that control gene expression and may affect reactions to stress. But the field is new, the science unsettled, and this section of Frankel’s book is cursory and confusing.

That his mother made mistakes, though, is irrefutable. To say much more is to spoil the book’s surprises. Frankel spends many pages – perhaps too many – describing his own shock, anger and fears after he stumbles on a toxic family secret. The revelation stuns him. “I’d lost the thread of my own narrative,” he writes. It takes time, therapy and love for him to heal.

By the end of “The Survivors,” we understand that the title includes Frankel himself. His survival comes at a steep price: betraying family secrets, stirring anxieties that haven’t yet fully subsided. To his credit, Frankel manages to make us shed genuine tears along the way – not because human nature is perfidious but because, sometimes, it can be good.