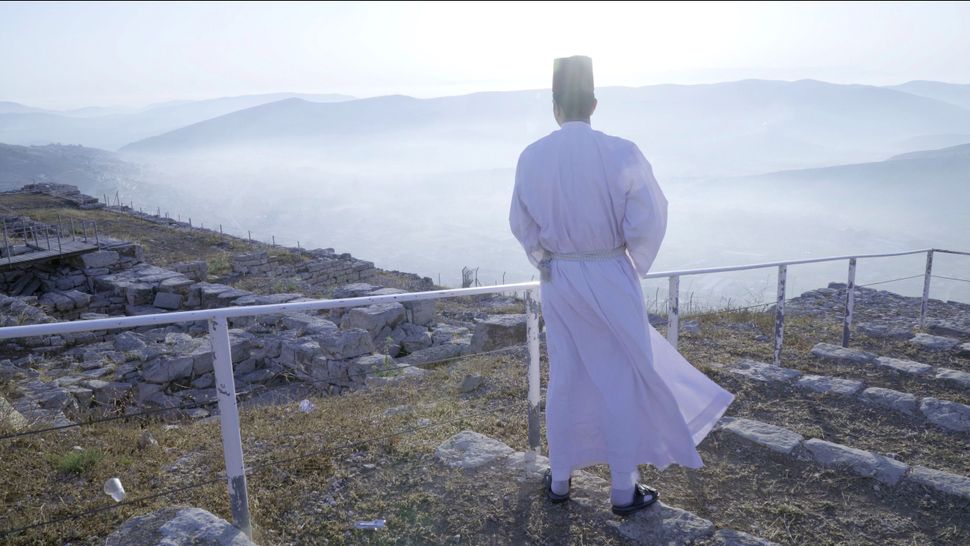 A still from “Samaritan,” screening this week at the Marlene Meyerson JCC’s Other Israel Film Festival. Image by Courtesy of Gloria Films

The Marlene Meyerson JCC’s Other Israel Film Festival is aptly named. Dedicated to representing underserved communities in the Jewish state, the festival showcases a cross-section of Israeli society that may be unfamiliar to many American filmgoers. Aside from new perspectives on the Israeli-Palestinian conflict, this year’s lineup features immigrant narratives, portraits of notable (and controversial) figures on the Israeli left, and food films to make your stomach growl.

Thursday’s opening night will feature “Advocate,” a documentary about attorney Lea Tsemel, who has made a career of advocating for Palestinians in Israeli courts. The documentary also appeared in last week’s DOC NYC, where it was selected for the Winner’s Circle. A week later, the festival will close with “Screwdriver,” which examines with the lasting effects of incarceration as a recently-released Palestinian prisoner readjusts to civilian life.

In between, “Border of Pain” will follow doctors, patients and activists through Israel and the occupied territories as they fight to make healthcare accessible to Palestinians despite physical and bureaucratic barriers. “The Tower,” a animated film with a childlike tone but grown-up themes, portrays a young resident of a Lebanese refugee camp grappling with her grandfather’s nostalgia for his home in the Galilee. And in “Comrade Dov,” a member of Israel’s Arab-Jewish Hadash party emerges as widely loved and widely loathed — depending on who you talk to.

Two very different narratives give new visibility to an oft-neglected Israeli experience: that of African immigrants. “A Fish Tale” follows a family of Ghanaian immigrants torn between returning to a familiar life at home or continuing to scramble for prosperity in Tel Aviv. The festival will also screen the first two episodes of new TV drama “Asylum City,” in which Eritrean immigrants and their Israeli advocates get swept into a cloak-and-dagger conspiracy involving government officials and predatory cartels.

In “Cause of Death,” the brother of a Druze policeman wonders if his death was an accident or a matter of foul play. Meanwhile, “Samaritan” explores the unique position of this tiny religious minority, the only group to hold both Israeli and Palestinian citizenship.

Feel-good films about foods will lighten up the mood a little. In “Abe,” a young boy turns to fusion cuisine to cope with the tumultuous relationships between his half-Israeli, half-Palestinian, wholly at-odds family. Meanwhile, the documentary “Breaking Bread” follows Nof Atamna-Ismaeel, the first Muslim Arab to win Israel’s top cooking show. If you yourself wish to partake, head to West Harlem cafe Silvana on November 17 for a screening of “Muna,” a drama about an Israeli-Palestinian photographer in the tense days of the 2014 war with Gaza.

Last but not least, a handful of seriously short films (one runs for four minutes!) treats unexpected subjects like cycling in Muslim villages, working class asylum seekers in Tel Aviv, and Palestinian day laborers in Israel.

The Other Israel Festival runs from November 14 to November 21. Some screenings are accompanied by talkbacks with filmmakers and subjects. Find the full lineup here.