Happy Ladino Day — How To Celebrate An Endangered Language 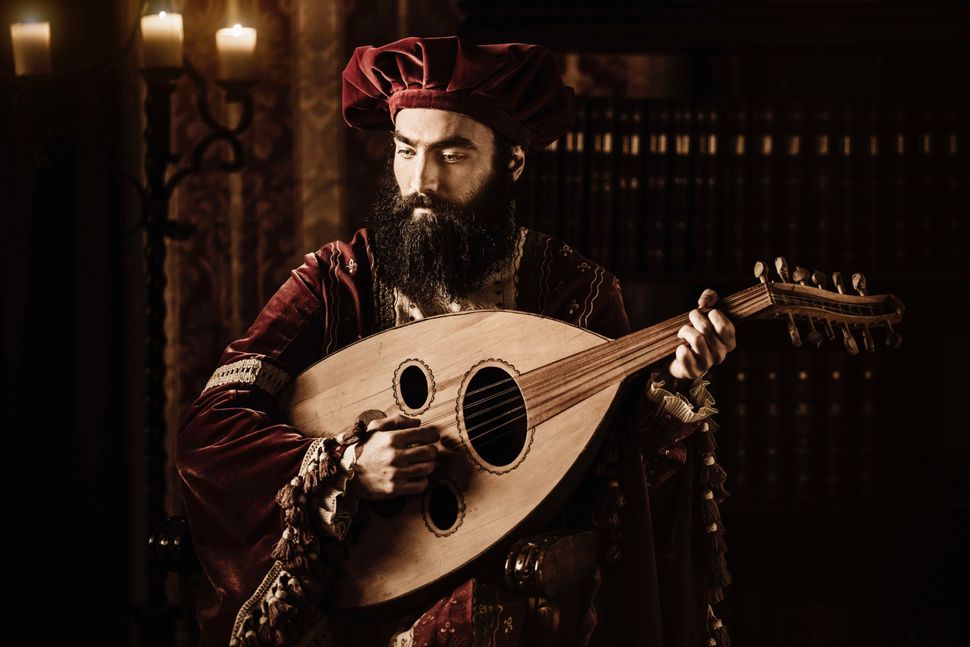 A Spanish troubadour Image by iStock

Today is International Ladino Day at the University of Washington in Seattle, where the seventh annual celebration of Ladino, the mother tongue of generations of Sephardic Jews, will take place. This year’s event theme is “De la fasha asta la mortaja: From the cradle to the grave.”

The celebration comes at a critical time in the language’s history, as Ladino has been designated an “endangered language” by UNESCO.

Also known as Judeo-Spanish, or Judezmo, Ladino is a Romance language — a variety of Spanish that includes both words and phrases from Hebrew, Turkish, Arabic, Greek, French, and Italian. It originally developed in medieval Christian Spain; after the expulsion of the Jews from Spain in 1492, it developed independently of Iberian Spanish.

Spanish speakers can often understand Ladino, despite the centuries of distance, and some important differences.

“Often mutually intelligible with Spanish, Ladino nonetheless differs in a number of respects, particularly phonetics, where (to give just one example) Ladino has /ʃ/ (pronounced “sh”), /ʒ/ (like s in English “pleasure”), and /dʒ/ (like j in English “jar”),” the Endangered Language Alliance explains.

Ladino thrived during the Ottoman Empire, and that era represented 500 years of strength for the language.

In Israel, snippets of Ladino appear in pop songs such as those sung by Shlomi Shabat, and of course, there are the iconic Ladino song recordings by Yehoram Gaon — available online at Dartmouth’s Jewish Sound archive- — but it is rare to encounter younger native speakers.

“In the last 100 years, the number of native Ladino speakers has declined rapidly, and no future generations of native-born Ladino-speakers will be born anywhere in the world,” the university’s Stroum Center of Jewish Studies website explains in its event description. “Due to demographic displacement, the destruction wrought by the Holocaust, and the pressures of assimilation, the cultural heritage of Sephardic Jews is gravely imperiled.”

As Ora Schwarzwald notes on JewishLanguages.org, Ladino writing is also in decline.

“The number of speakers is gradually decreasing and the quantity of creative writing is growing smaller. Today the youngest native speakers are over fifty years old; with their death, Judeo-Spanish will cease to exist as a native language,” Schwarzwald writes.

Ladino festivals and celebrations — like the one happening today — are a response to this urgent situation, and an attempt to preserve the language and culture.

Ladino Day celebrations at UW this year will include performances of Ladino songs by the Ladineros, Seattle’s long-time Ladino conversation group, a Ladino reading by Anna Jacoby (Northwest Yeshiva High School ’22), and a multimedia presentation by Professor Devin Naar. The event is free and open to the public. The event has attracted 300 people in recent years. Seattle is home to one of the major Sephardic Jewish communities in the U.S. The University of Washington’s Sephardic Studies Program has digitized 403 Ladino books, part of a 2,046-item collection from over 100 families in the Sephardic Studies Digital Collection (SSDC). It is the world’s first major digital center for sources on Sephardic Jews in the Mediterranean region. There are other International Ladino Day celebrations held on other days in the calendar year. The Center for Jewish History is hosting an International Ladino Day in New York on January 12, 2020. Ticket information can be found here:

Aviya Kushner is The Forward’s language columnist and the author of The Grammar of God. Follow her on Twitter @ AviyaKushner

Happy Ladino Day — How To Celebrate An Endangered Language