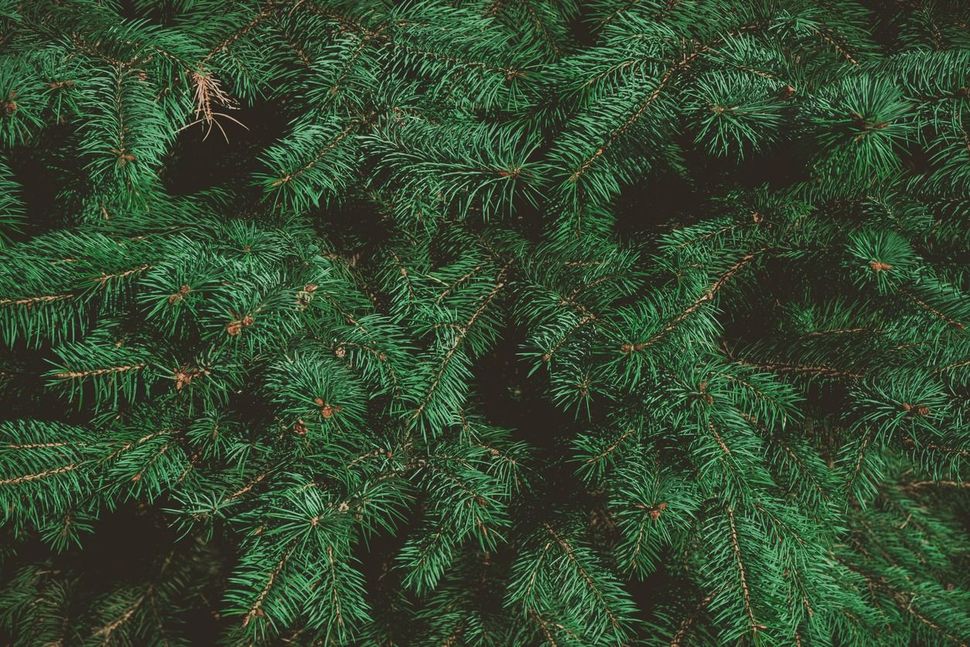 #10: We love seeing Christmas lights – on other people’s homes. We haven’t climbed a ladder in years and don’t want to try it now. We save changing the burned out lightbulbs until our extra-tall son comes to visit. And we don’t have to nag our husbands to “Please take the lights down this weekend. It’s March 23!” We simply drive around the Italian neighborhood of South Philadelphia and enjoy the blow-up snowmen, flashing twinkle light trees, dancing Rudolphs and elaborate lights hanging from other people’s gutters.

#9: We don’t have to explain/move/look at the creepy, skinny, ridiculous Elf on a Shelf. Because that’s what kids need – another all-seeing, imaginary character lurking in the shadows, waiting to pass judgment on their behavior. And don’t get us started on the Jewish copycat Mensch on a Bench. His rhyming name is his only redeeming quality.

#8: We get to celebrate for more than one day. Judaism uses a lunar calendar, so Jewish holidays drift and appear on different days each year on the Christian/Gregorian calendar. In 2013, Hanukkah came really early and coincided with Thanksgiving. This year, the eight days overlap Christmas starting Sunday night, December 22. Some years, this Jewish holiday drift makes it especially easy to move Hanukkah until it’s more convenient – until winter break or school vacation. To celebrate with our kids, we often light candles and eat latkes multiple times – once when it’s correct and then again when we’re together.

#7: If we need new clothes, we take our Kohl’s coupon and go shopping ourselves. We don’t have to open a red and green wrapped box and pretend to love an extra-large pink acrylic cardigan gift from a relative who doesn’t really know our style or size.

#6: And while we’re on the subject of gifts, we don’t have a long list of distant relatives that we have to buy gifts for. Some friends are obligated to send packages across the country to nieces and nephews they haven’t seen in years. We don’t have to choose presents for awkward teens who will then be forced to write thank you notes for some science fiction book they’ll never read.

#5: We won’t be looking for a parking place at the mall anytime between Dec. 12 and Jan. 15. Jewish mothers have long said, “You can’t go shopping after Thanksgiving. The rest of the world just goes crazy. You can’t step in a store.” Like many of their bubbe meises (sayings), this one is basically true.

#4: We enjoy wishing people a Merry Christmas – and we’re not offended if someone says it to us. They’re simply sharing their own wish for a happy holiday. We know that for some people, the assumption that you celebrate Christmas is an issue, especially in these politically correct times. We’ll take any good wishes thrown our way.

#3: We don’t have to cook the feast of the seven fishes, a holiday ham or mince pie. “Ten ways to feature calamari on your holiday table” is not a cooking challenge we want to tackle. But we do look forward to frying latkes, even though the whole house will smell like oil for a week.

#2: We don’t miss having a Christmas tree because we’ve never had one. We’re Jewish! It’s like asking someone who has always lived in Florida if they miss snow. If you’ve never waterskied, do you miss it? If you’ve never eaten escargot, do you wish you could eat it? We have Christian friends who simply can’t wrap their heads around the concept of not missing a Christmas tree. They’ve grown up with a tree and it’s an important, beloved part of their holiday. That’s how we feel about latkes. It just wouldn’t be Hanukkah without those hot, greasy circles of potato deliciousness.

#1: We know what we’ll be having for dinner: Chinese food! Having the restaurant to yourself because it’s December 25 is good, too. No one will care we talk too loud – the only other customers are members-of-the-tribe from the neighborhood. We can take our time and not let the waiters rush us. We motion them away from clearing the half-eaten dish of kung-pao chicken before we’re done. We can even share a wink and a smile with the owner of the restaurant, because after all, it’s just another work day to him, too.

Ellen Scolnic and Joyce Eisenberg, known as The Word Mavens, are the authors of the “Dictionary of Jewish Words” and “The Whole Spiel: Funny essays about digital nudniks, seder selfies and chicken soup memories.” They can be reached via thewordmavens.com