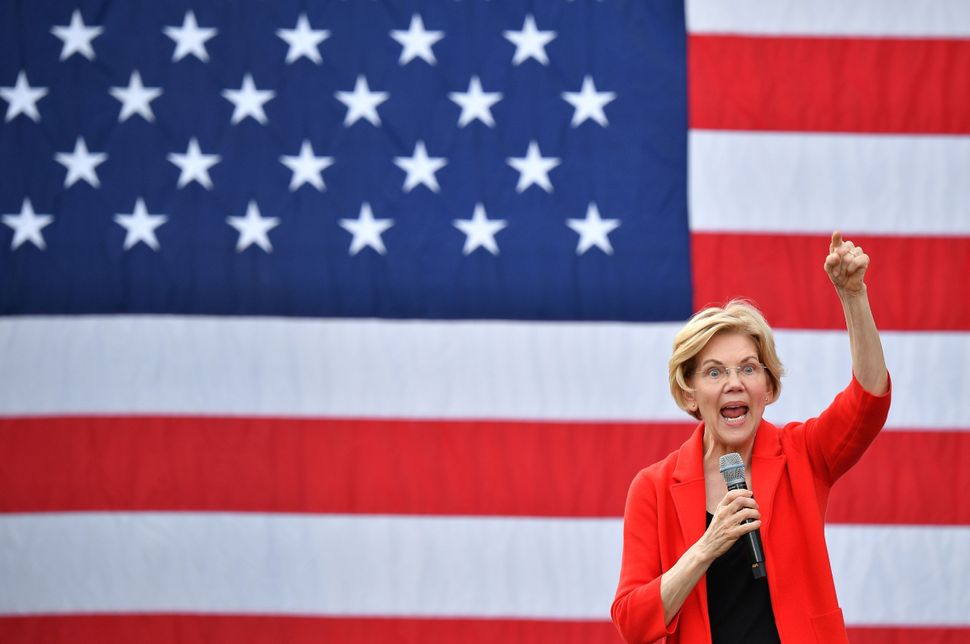 In a recent Rolling Stone interview, Elizabeth Warren spoke on impeachment, her family history and her one-time Republican affiliation. When asked what she does to unwind, the presidential candidate and senator from Massachusetts said she listens to fiction, specifically “The John Rain series,” which she described as “a good sort of mystery adventure.”

The John Rain series is the work of best-selling author Barry Eisler, a man whose past is nearly as compelling as his signature character, Rain, a half-Japanese, half-American ex-CIA operative and assassin-for-hire.

As a young man, Eisler worked in a covert position with the CIA’s Directorate of Operations before embarking on a career as a lawyer, working as in-house counsel for Panasonic’s headquarters in Osaka, Japan, where he boned up on his judo (he’s a black belt) and his Japanese. Eisler ultimately left law behind for the writing thing, starting with his first Rain novel, “A Clean Kill in Tokyo” (2002).

Both Eisler’s intelligence experience and his time in Japan inform the thrills of the John Rain saga, which takes the whiskey-drinking, jazz-loving protagonist from Tokyo to DC to Paris in pursuit of his shifting targets.

I spoke with Eisler over the phone from his home base in California to hear his thoughts on having a fan in the 2020 race, the intersections of fiction and politics and a certain pair of high-profile democratic socialists. The following interview has been edited for length and clarity.

PJ GRISAR: How did you feel when you heard Warren was a fan of your work? 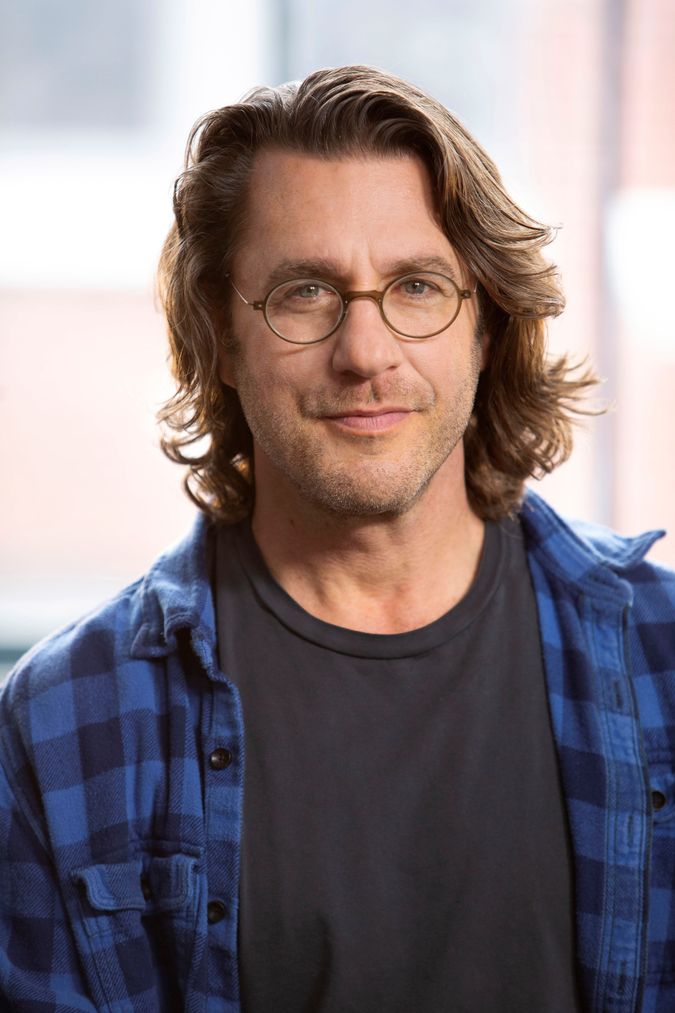 EISLER: I was thrilled. I like Senator Warren a lot. It’s nice when it comes from someone who I would be very happy to see succeed.

EISLER: Bernie is my top choice. I would feel a little ungrateful saying something like that right at the moment when Senator Warren publicly said something kind about my books, but if she ends up winning the Democratic nomination that’s great by me.

Did you watch them in the debates on Thursday?

EISLER: I actually never watch the debates. In my opinion it is impossible to understand or analyze these things that we misleadingly call “debates” as anything other than entertainment. Even really impressive journalists I follow, with the analysis [they give] they could be talking about a movie or a football game. I thought a lot of the stuff through as carefully as I can and formulated my opinions as carefully as I can. Watching these things we call “debates” is not going to clarify anything for me.

I know Warren likes the HBO series “Ballers” — why exactly remains a mystery. For your John Rain series — which has a bit more to say about the state of the world — do you think there’s anything you see in her policy that might clue us in as to why she’s a fan?

EISLER: There are politics in my books, but I don’t really think of the politics as being particularly Left or Right. “The God’s Eye View” (2016) for example is [about] mass surveillance, and I know that viewpoints on mass-domestic bulk surveillance can break down along partisan lines, but to me it should not be any kind of a partisan issue. It is a little mixed up right now, actually, because the self-styled resistance of, say, Adam Schiff and Nancy Pelosi, describe Trump as a tool of Russia and they just impeached him. And yet, they and numerous other congressional Democrats voted for Trump’s $700 billion plus military-spending bill and voted to renew his authorities under the so-called Patriot Act and to increase his domestic, bulk spying capabilities. So, is concern about bulk surveillance a partisan issue? I don’t know.

I don’t know what Senator Warren might have been responding to; the truth is it’s like saying “Why does she like ‘Ballers?’” It’s probably not the politics. I like to think it’s just the entertainment value. Anyone can enjoy the books if they’re looking for a fun, action thriller or political thriller.

Right, but at the same time you do write on politics, including “The Ass Is A Poor Receptacle For The Head” a primer for Democrats on how to be better at communicating that you published in 2011.

EISLER: Yeah, I really need to update that, don’t I? Although it’s sadly still so relevant today.

You don’t think they took your advice?

EISLER: With one exception — but it’s not really an exception because she’s not leadership yet — and that would be Alexandria Ocasio-Cortez. She is just a natural counterpuncher. I don’t think there’s anything she could learn from my book. I think she could have written it and then some. She’s got great instincts, and so that gives me hope. Because if you lose the communication war who’s gonna vote for you? And Bernie’s pretty good, actually. I think AOC is a singular talent, but Bernie’s pretty good. But the Democratic leadership, Chuck Schumer, Nancy Pelosi, they are as remedial on communication as I can imagine.

Politics have changed a bunch since you started the series – often you’ve had moments of political prescience – do you think of your novels as cautionary tales?

EISLER: What you do learn from the Rain books is the cost of violence to the perpetrators of violence. Likewise, I try to do something similar with the fallout of torture, again, not just from the standpoint of the victim.

I’ve worked with Human Rights First in lobbying against torture, and it’s been my honor to meet at least one person who I would describe as a torture survivor — not in the sense that he survived being tortured; he had survived being involved in meting out torture as part of the US Army. And his soul is badly-damaged. That’s a hell of a thing to impose on Americans in pursuit of aims that we don’t always understand and using means that are illegal, immoral and counterproductive strategically. That’s the kind of thing I try to weave into my stories, but I also have to be clear that the primary goal of my novels is to entertain, otherwise they don’t survive on any level. But, within that entertainment it’s always important for me to put as much nutritional value along with the great taste, and maybe to get people to look at some issues a little bit differently than they did before.

Right, interesting that the question for Warren I think was “What do you do to unwind” and she picked your work — diverting, but still thoughtful. She listens to them on audiobook, what are your thoughts on those?

EISLER: I love audiobooks. I was listening to audiobooks since it was a tiny market and every now and then I still slip and call them books-on-tape. There’s this weird notion among some people that “that’s not really reading.” I don’t understand why anyone would make listening to a book any sort of second-class citizen to reading one. Sometimes people say “I don’t want to have any kind of mediator, I want to hear it in the author’s own rendition,” and my response to that is: “You can’t help but mediate. The author wrote the book and now you’re reading the page, but you hear your voice silently reading what the author wrote.” It’s just inherent.

I read all my own books and I love doing it. I’ve won several narration awards, which I’m always absurdly happy about — it’s embarrassing how much I enjoy that. It’s tiring to do, as you can imagine, but it’s also so much fun and so satisfying. So it was a two-fer for me that Senator Warren is a fan not just of the books, but of my narration as well.