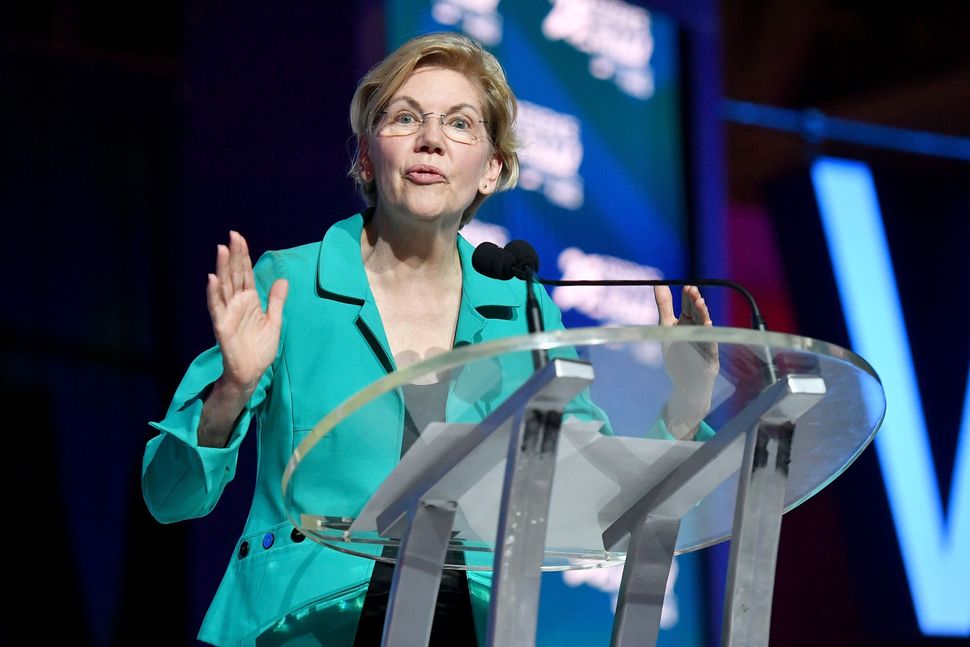 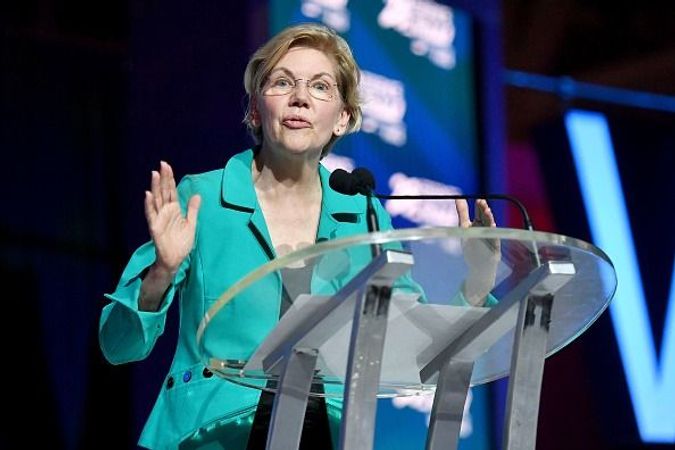 Becca Lubow, a student and a member of the IfNotNow Jewish anti-occupation movement, and a companion approached the Massachusetts Democrat on Monday at an event in Peterborough, New Hampshire, the first primary state.

“Hi, we are American Jews and we really love the way that you are fighting corruption and we would really love it if you also push the Israeli government to end the occupation,” Lubow said. The encounter was captured in a videothat IfNotNow soon posted on social media.

Warren is close to the Jewish and pro-Israel communities in Boston, but also has been among the more outspoken Democratic candidates criticizing the policies of Prime Minister Benjamin Netanyahu. She was among the first to speak out in April when Netanyahu pledged to annex parts of the West Bank.

The Republican Jewish Coalition scored Warren for agreeing to a formulation that included the word “occupation.”

“Sen. Warren has aligned herself with the rapidly-growing leftwing, anti-Israel base of her party,” RJC said in a statement.

The term “occupied” was once not considered objectionable among Israelis to describe Israel’s control of lands claimed by the Palestinians, used at times even by hawks like the late prime minister Ariel Sharon. More recently, Israel’s government has preferred the term “disputed” or to not refer to the land’s status at all.