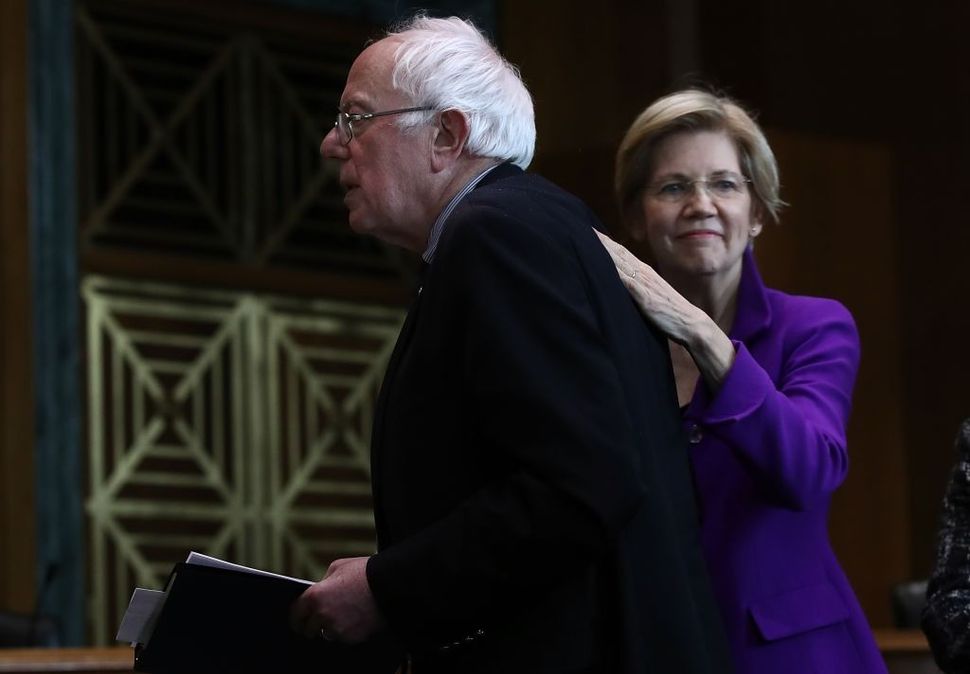 Sen. Elizabeth Warren (D-MA) pats Sen. Bernie Sanders (I-VT) on the back after Sanders spoke at a news conference on the Social Security system, February 16, 2017 in Washington, DC. Image by Win McNamee/Getty Images

It says the “the policy of the United States should be to preserve conditions conducive to a negotiated two4 state solution.”

Sanders and Warren were among the Democratic presidential candidates who decried Netanyahu’s pledge, before Israel’s April 9 elections, to annex Jewish settlements in the West Bank. The elections were indecisive and Israelis go to the polls again in September, while Netanyahu remains prime minister.

Netanyahu and President Donald Trump have retreated from endorsing a two-state outcome to the Israeli-Palestinian conflict. Trump’s son-in-law, Jared Kushner, is set later this month to unveil the economic component of a peace plan he has been preparing for two years.

Feinstein and Sanders are Jewish and Durbin and Duckworth have longstanding relationships with the pro-Israel community.

Correction, June 10: A previous version of this article stated that Jeff Merkley is a senator from Washington state. In fact, he represents Oregon.