Amos Oz, On Himself 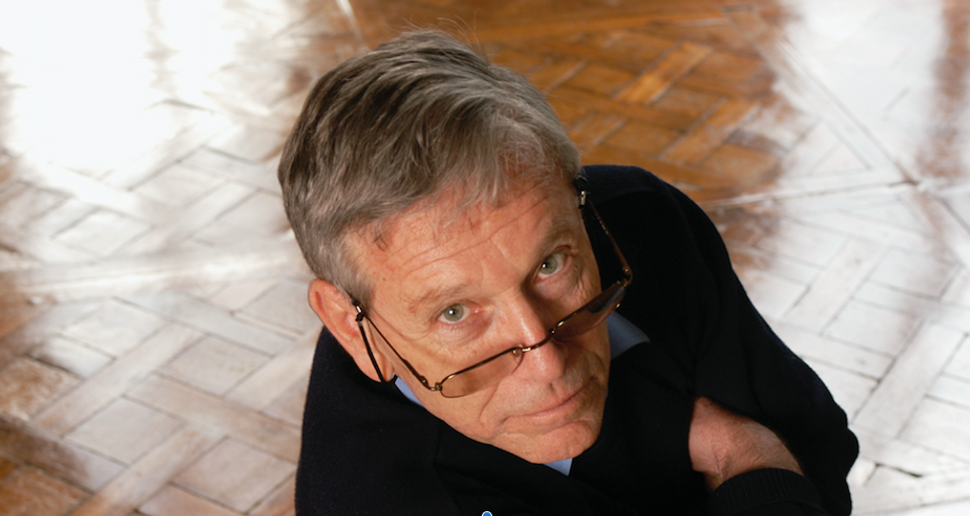 A Tale of Love and Darkness

Since 1968, when his novel “My Michael” — exquisitely narrated by a despairing young wife in Jerusalem — mesmerized thousands of readers, Amos Oz has been recognized as one of Israel’s most gifted and prolific authors. He has produced 22 books — 11 novels, three collections of stories and novellas, one children’s book, and seven books of articles and essays —that have been translated into 35 languages. His work is his autobiography, and until now Oz had been reticent about his own life.

That life has been as dramatic as the history of the state. Born in 1939, Amos Klausner grew up in British-ruled Jerusalem and, at the age of 9, survived the city’s siege during the War of Independence. In 1954, when he was 14 1/2, he changed his family name to Oz and left home for left-wing Kibbutz Hulda. He became a member at 18, and at 21 he married the daughter of the kibbutz librarian.

It was while working as a high school teacher of literature that he published his first volume of short stories and first became politically engaged in a group called Min Hayesod. His activism was honed by active duty during the Six Day War and the Yom Kippur War. In 1967, he joined the Committee for Peace and Security, and has since been a spokesman for Peace Now and a “two-state solution.” For the past 20 years, he has lived in the desert town of Arad with his wife of 40 years. He is a professor at Ben-Gurion University, a grandfather and, because of his politics, one of the most reviled and respected figures in Israel.

My beloved father, Amos Oz, a wonderful family man, an author, a man of peace and moderation, died today peacefully after a short battle with cancer. He was surrounded by his lovers and knew it to the end.
May his good legacy continue to amend the world.

Oz is the only Israeli in the small group of writers — like Vaclav Havel, Nadine Gordimer and Salman Rushdie — who have become inextricably identified with human rights as well as with the history of their own country, and who speak to an international audience. Part of Oz’s stature has derived from the extraordinary appeal of his books; part from his longtime political activity; part from an engaging personal style. But like the rest of his taciturn sabra generation, he had, until now, kept his private life private. Why was he writing his memoirs? I wondered. And what would they contain?

Oz does not view this book, “A Tale of Love and Darkness,” as a memoir and has noted that writing it was like “giving birth to an elephant.” The 517-page tome is, in fact, elephantine, repetitive, sometimes heavy-handed — actually several books and stories in one. Some of these entities are self-contained, some pervade the book; some are remembered, some documented, some clearly invented. They include a multigenerational Eastern European family history; a lyrical portrait of the writer as a child; a wonderfully wry sexual coming-of-age story; a set of cameos of famous Jewish writers (Agnon, Bialik, Tchernikovsky); an ethnography of Ashkenazic Jerusalem under the British Mandate of the 1940s; a portrait of his famous great-uncle, Professor Joseph Klausner, who invented the Hebrew words “pencil,” “iceberg,” and “shirt” among other linguistic staples; a portrait of his charming “ladies man” of a grandfather, and a 21st-century manifesto for the existence of a Jewish State, to name just eight.

Running through this crazy quilt are Oz’s two recurring questions: What made him the man he became? And what killed his mother? For if there is one thread that binds this sprawling work together, it’s the writer’s 50-year struggle to understand what he has not explicitly written about before: the suicide of his mother, Fania Mussman, in 1952, when she was 38 and he was 12 1/2 years old.

The book begins in a dark, claustrophobic basement flat packed with books in the Kerem Avraham neighborhood of northwest Jerusalem. This was not yekke Rehavia “with its gardens and its strains of piano music,” nor coastal Tel Aviv with its café society and “bronzed Jews who could swim,” nor the Galil with its pioneering, “silent, thoughtful young men and strapping, straightforward, self-disciplined young women,” but a place of provincial, hapless refugees from Poland and Russia. Oz portrays his parents as disappointed, displaced people who landed in Palestine because every other country they tried to enter — including Germany — refused them entry. The Klausners — Europhiles except for the eminent professor — arrived in 1933. Ariyeh Klausner, according to his son, “utterly familiar with the Tosefta, the Midrashic literature, the religious poetry of the Jews of Spain, as well as Homer, Ovid, Babylonian poetry, Shakespeare, Goethe and Adam Mickievicz” was unable to obtain a

university appointment and found work in the newspaper department of the National Library.

His mother, one of three cosseted daughters of a mill owner in southeastern Poland, attended university in Prague and made aliya in 1934, after what Oz is told might have been a failed love affair. A poetic, melancholy woman who married a prosaic, cheerful man, she battled depression while tutoring history and literature and telling strange tales to her only child, such as: In the land of Enularia lived three bearlike blacksmith brothers. Misha, Alyosha and Antosha. One day Misha brought home a girlish woman named Tanya or Tanichka. “There was only a single big room in the brothers’ hut and in this room dwelt Misha and Tanichka and the furnace and the bellows and the anvil and the wild brother, Alyosha, and the silent brother, Antosha, surrounded by heavy iron hammers and axes and chisels and poles… so it befell that one day….”

As a child, Oz writes, he had few friends and rarely played outside, reading alone in the dark flat, mulling over his mother’s stories and his father’s etymological and literary disquisitions. His mother addressed him as a confidante; his father, with sarcastic deference, as “Your Honour” or “Your Highness.” Both parents suffered from what his Aunt Sonia — in a section I would call fictionalized oral history — describes as a generational Diaspora-induced inferiority complex. “The fear in every Jewish home… was the chilling fear that perhaps we really were not clean enough, that we really were too noisy and pushy, too clever and money grubbing… whatever else we did we must not provoke the Gentiles or argue with them or haggle with them…. You who were born here in Israel can never understand how this constant drip-drip distorts all your feelings, how it corrodes your human dignity like rust.”

In two vignettes that could stand alone as stories, Oz contrasts his parents with the adult Arabs he encounters. One is a shop assistant, more fatherly than his own father, who finds Amos after his baby sitter loses track of him while trying on dresses; another is a wealthy Sheikh Jarrah businessman to whose villa Amos is invited and where he inadvertently wounds the little boy of the house by dropping an iron ball and chain on his foot. Adults intervene; an appalled Amos is taken home. He wonders: What happened to the boy and his family? Are they now in exile, in refugee camps or dead?

These unanswerable and haunting questions echo others that Oz poses in his profound and moving struggle to understand his mother and her suicide. It is impossible to do justice to its power without quoting entire pages of his text. Oz never finds one convincing answer to his question: Why? But his search for it in this long, meandering book is fascinating, beautifully written and closer to a great 19th-century novel than to the ironic minimalism of our time. No serious reader should miss this testimony from an extraordinary writer.

Amos Oz, On Himself