Oy  — Why those ‘Curb Your Enthusiasm’ ads are pretty, pretty bad 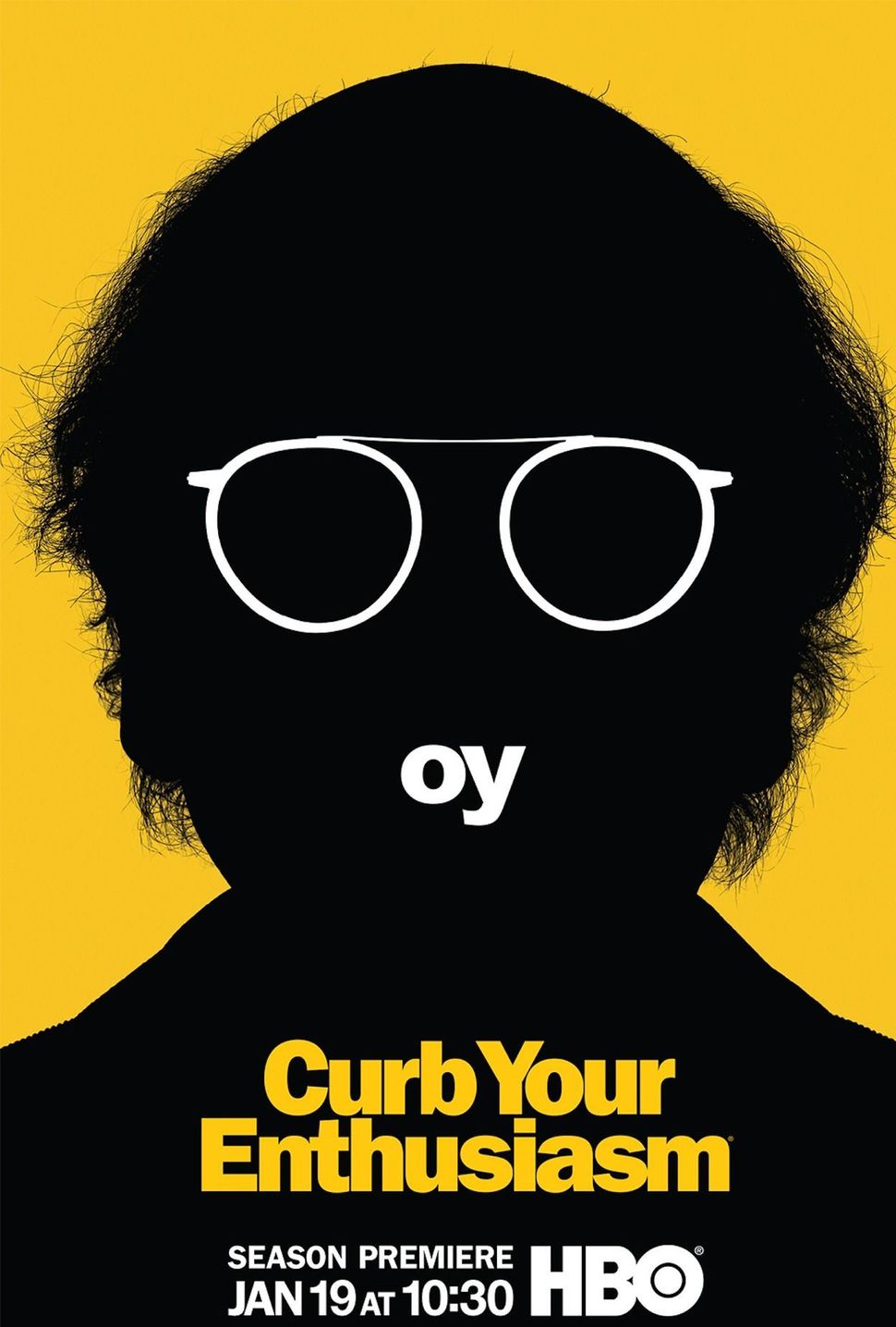 An ad for the 10th season of “Curb your Enthusiasm.” Image by Courtesy of HBO

If you spend time online or on the subway, you have likely seen a familiar silhouette in recent weeks. A bald-pated figure with wispy flyaway hairs on the side of his head and the white outline of iconic Oliver Peoples glasses. Near the mouth of the shadowy character, who is advertising the 10th season of Larry David’s “Curb Your Enthusiasm,” which debuted January 19, is a single word: “Oy.” 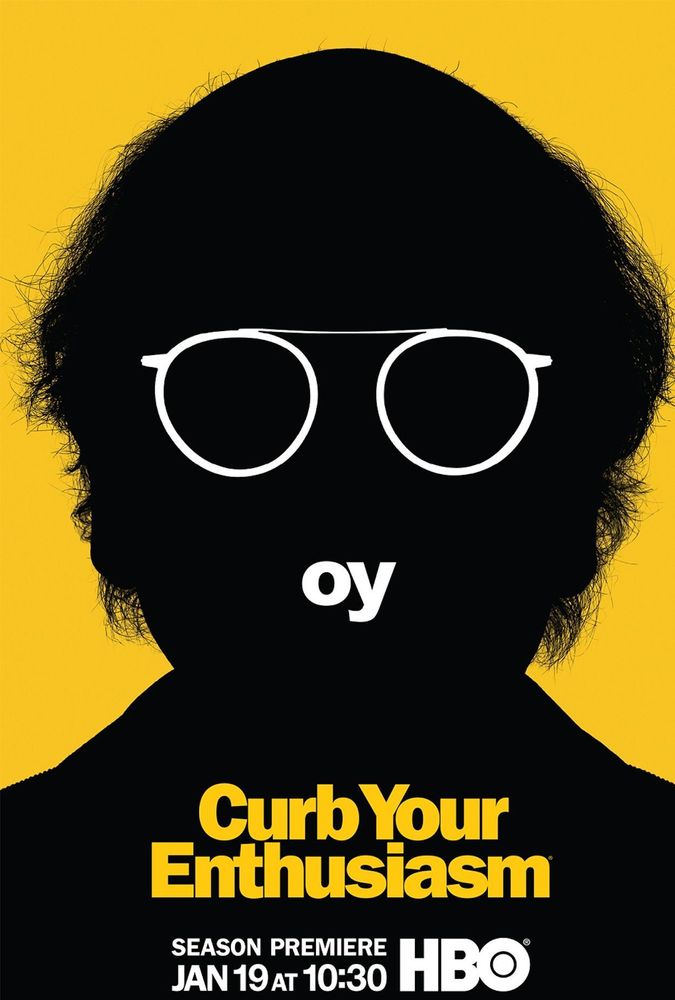 An ad for the 10th season of “Curb your Enthusiasm.” Image by Courtesy of HBO

Larry David is the man who launched a million catchphrases. “No soup for you!” “They’re real and they’re spectacular,” yadda yadda yadda — and that’s just “Seinfeld.” With “Curb,” David has coined even more quotable phrases as part of a growing social currency in use by Jew and Gentile alike.

The series’ semi-fictional version of David is known to say “Pretty, pretty, pretty good.” He has been seen imitating horses and asking drink-holders hovering near heirloom side tables if they “Respect wood.” But, I can’t recall an instance in which he said “Oy.” It’s really just not Larry. (Though the real-life Larry said it once in an SNL monologue.)

If this seems like a picayune concern — and it is — it’s only right that it be dissected. After all, David’s entire oeuvre is concerned with taking minuscule everyday items of no real consequence (i.e. chatting with a friend to cut in line; double-dipping a chip) and amplifying them until they ruin lives. So, here I go.

Why does it matter that an advertisement chose to have Larry issue a recognizable Yiddish lament (short for “Oy vey iz mir,” or “Oh woe is me”)? The reasons are kind of complicated.

For one thing, it doesn’t really encapsulate Larry’s outlook. Larry is distressed by the state of the world and his responsibilities to it, but his tactic is never one of resignation or all-consuming self pity. He is a self-righteous crusader, who gleefully goes out of his way to right perceived wrongs or act in spite.

In just the first episode of this season, Larry breaks a tourist’s selfie stick, dons a MAGA hat to repel the company of “Everybody Loves Raymond”-creator Phil Rosenthal and leases a space next to a coffee shop with the intent of driving its owner out of business. “Oy” is not the word on his mind.

These instances are so typically Larry, and so familiar to us now, that it is easy to miss just how revolutionary they are for television. With both “Seinfeld” and “Curb,” David brought a new kind of Jewish character to the mainstream. A character that was percolating in the impishness of Mel Brooks and the archness of Groucho Marx and — in Judaic literature — the travails of Herschel of Ostropol, but the spirit of renegade bad behavior was never so fully integrated into real life as when David hit the scene.

So, what does “Oy,” have to do with all this? Well, “Oy,” while still in common usage, is reductive in this instance.

“Oy” speaks to a dejection and a put-uponness that David rejects in his comedy. “Oy” more properly belongs to a morose type, like Woody Allen or Abe Maisel of the “The Marvelous Mrs. Maisel” than to Larry David. When used as a byword for something Jewish but not germane, the word plays into tropes of Jews as perpetual victims or a people with a persecution complex — i.e. the bulk of anti-Semitic characterizations.

To assign a Jew whose whole being runs counter to “Oy” is disingenuous, lazy and offensive. It’s true that David typifies Judaism for many non-Jews. He’s one of our brand ambassadors. Similarly, “Oy” is — along with “schlep” — among the most-known Yiddish words for members outside the tribe. But to collapse these two facts to a 1:1 relationship betrays a tin ear for the culture and a transparent ploy at mass appeal.

David has chutzpah, is a schmuck, a zhlob a kibitzer and — now that a catering server has accused him of groping her as he tried to reach for a pig-in-a-blanket — a credible alter noyef or worse.

But Larry David, who takes his setbacks in stride and refuses to play by any rules other than his own, does not say “Oy” — even if we say it when we’re watching him.

Oy  — Why those ‘Curb Your Enthusiasm’ ads are pretty, pretty bad