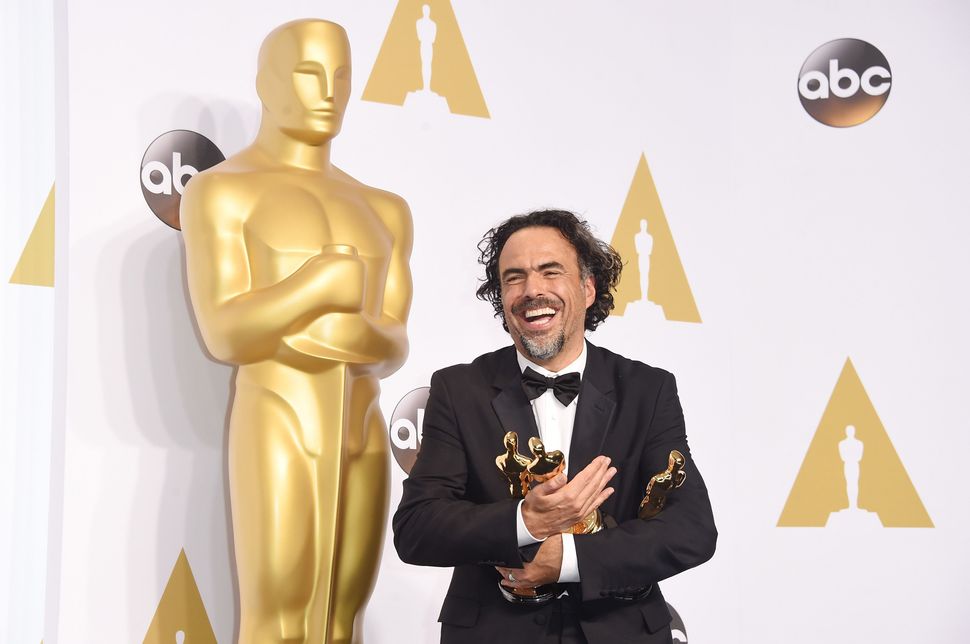 Did you hear the one about Alejandro Iñárritu’s Jewish Polish-Mexican directing mentor?

If you weren’t busy checking your Oscars ballot during the commercials on Sunday, you may have heard Iñárritu, the Academy Award-winning director of “Birdman” (2014) and “The Revenant” (2016) give a shout-out to a director named Ludwik Margules during a Rolex commercial.

“Ludwik taught me to question myself, and to embrace uncertainty as part of the process,” Iñárritu said, in Spanish, as images of Margules, who passed away in 2006, were projected on a screen in front of him. “Beyond transmitting knowledge, Ludwik gave me confidence and helped me bring out the best of myself.”

Ludwik Margules Coben was born in Warsaw on December 15, 1933 and survived World War II in Russia and Tajikistan before moving to Mexico in 1956.

Margules directed over 40 plays and operas, among them a 1982 stage adaptation of “De la vida de las marionetas,” based on Ingmar Bergman’s film “From the Life of the Marionettes” (1980). His directorial style was minimalist, and often focused on the power dynamics of of the abuser and the abused. In 1991, Margules founded the Foro Teatro Contemporáneo, or Contemporary Theatre Forum, in Mexico City, where Iñárritu studied under him for three years. Margules was known for hard-nosed instruction, habitual pipe-smoking and frequently reiterating theater’s social purpose, often saying “actuar es una militancia,” or “acting is a militancy,” according to a student remembrance.

The Mexican Government awarded Margules was a National Prize for Science and Arts in 2003. Iñárritu said that during his time with Margules, he learned that “directing theater was the most terrifying thing ever.” That lesson resonated in his Oscar-winning “Birdman,” which is set in a Broadway theater during the production of a particularly hectic show.

Iñárritu was not the only Oscar winner to pay tribute to a Jewish mentor in the Rolex spot. Kathryn Bigelow, the only woman to ever win the Oscar for Best Director, honored conceptual artist Lawrence Weiner, whom she met after moving from San Francisco to New York.

“His words have stayed with me forever,” she said.