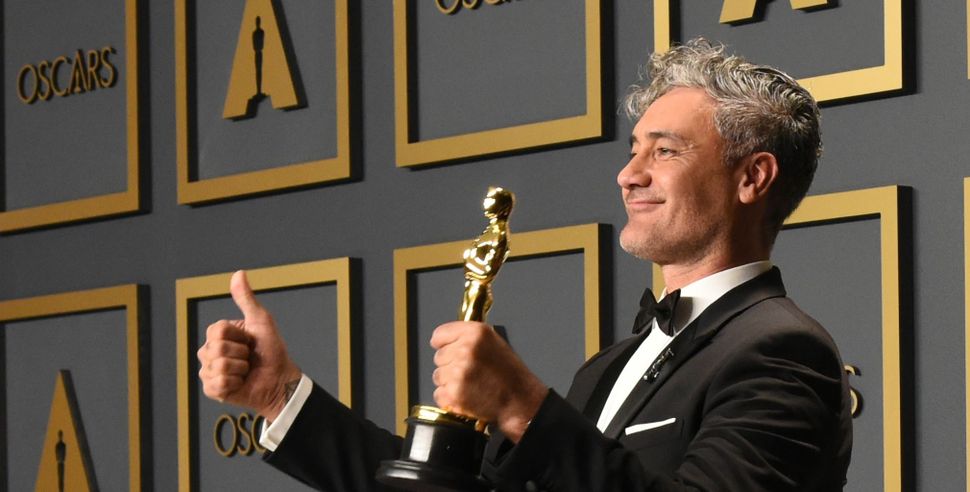 The 2020 Oscars, host-less and lacking diversity, were mostly programmatic — but still packed some surprises.

The night was historic, marking the first time a non-English language film has ever won Best Picture. Bong Joon Ho’s “Parasite,” which also swept Best Director, Best Original Screenplay and Best International Feature Film, follows a have-not South Korean family as they deceitfully work their way into the household of a family of haves. The class drama-slash-thriller offered the Academy a rare chance to break from the fare it usually fetes with the biggest prizes, particularly Sam Mendes’ war drama, “1917,” a season-long frontrunner most pundits predicted would take home the Academy’s top honors.

But “Parasite” wasn’t the only 2019 film to make Oscars history. Taika Waititi became the first Māori Oscar recipient for his screenplay for “Jojo Rabbit,” a comedy about a member of the Hitler Youth whose imaginary friend, played by Waititi, is Adolf Hitler. (Waititi also directed the film.) Waititi thanked his mother, whose father is Jewish, first and foremost in accepting the award, and dedicated the win to “all the Indigenous kids who are in the world who want to do art, and dance, and write stories.” On the red carpet, he briefly abandoned his puckish persona to speak about a global resurgence of hate that prompted his making of the film, in which a Jewish girl is hidden in the walls of the protagonist’s home.

In another Oscars first, Idina Menzel sang the Oscar-nominated “Into the Unknown” from “Frozen 2” with nine women who voiced her character, Elsa, in internationally dubbed versions of the film. Surrounding Menzel, the Elsas sang in Castilian, German, Thai and more. The polyglot performance was a stirring show of global unity in a time marked by nativism.

The most high-profile Jewish win belonged to Joaquin Phoenix for his title turn in Todd Phillips’ “Joker,” a long-awaited victory after four previous acting nominations. Phoenix used his platform to apologize for behaving like a “scoundrel” and preached a message of veganism that would make Jonathan Safran Foer proud. But the most memorable moment in his speech came at its end, when Phoenix teared up while quoting a lyric from his late brother, River: “Run to the rescue with love, and peace will follow.”

Beyond Jewish winners and history-makers, the ceremony was filled with Jewish moments. Tom Hanks announced the Academy’s new museum with a cry of “I am Spartacus,” a hat tip to Kirk Douglas, who passed away last week at age 103. Brad Pitt won his first acting Oscar for his performance in Quentin Tarantino’s “Once Upon a Time… In Hollywood” and, in his speech, attributed his own Hollywood fairy tale to the formative experience of watching “Butch Cassidy and the Sundance Kid” (1969), the Paul Newman-Robert Redford classic penned by screenwriting legend William Goldman.

While not nominated this year, presenter Natalie Portman made one of the red carpet’s boldest statements by wearing a cape embroidered with the names of female directors overlooked for this year’s award for Best Director, a category in which every nominee was male. Randy Newman, nominated for his original song “I Can’t Let You Throw Yourself Away” from “Toy Story 4,” gave a sedate performance of the song while accompanying himself on the piano. And while Marshall Curry didn’t take home top honors last year for “A Night at the Garden,”, his short-form documentary about the infamous 1939 German American Bund rally at Madison Square Garden, he made up for it with a win this year for Best Short Film for “The Neighbors’ Window.”

But most evocative was Regina King’s praise for Joel Grey’s “menacing” role as the Emcee in “Cabaret” (1972), delivered as she presented the Best Supporting Actor Award. That got us thinking: We’re loving this new host-less Oscar thing, but we kinda wanna see Grey reprise that role next year. I mean, for the Liza Minnelli duet alone.