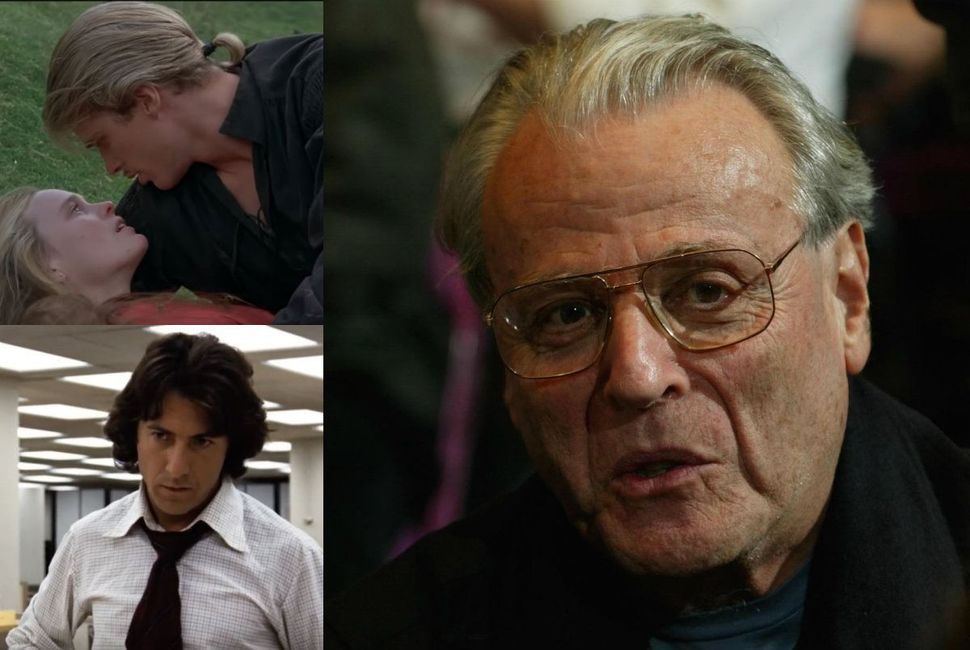 “True love is the best thing in the world,” William Goldman wrote. “Except for cough drops.”

The 87-year-old screenwriter and novelist died on Friday morning after a brilliant career and beautiful life. His genius was as suited to love scenes as knife fights, as compelling recounting history as it was inventing myth, as warm on the page as in person.

The screenwriter for “The Princess Bride,” “Butch Cassidy And The Sundance Kid,” “Misery,” and “All The President’s Men,” Goldman’s true love was the novel. And he is just as beloved in his industry for his unsurpassed primer on movie-making, “Adventures in the Screen Trade.” Goldman was prolific — he had over 30 screenplays produced as major motion pictures, wrote Broadway plays, was a game-changing script doctor, and wrote for television, winning two Oscars along the way. He was proud of being “the only male ever to judge both Cannes Film Festival and the Miss American Pageant in the same year.” All the while, he kept up his reputation as a mensch and a harsh self-critic.

Goldman was born in 1931 in the Highland Park suburb of Chicago, to observant Jewish parents. His father, Maurice, was an alcoholic who committed suicide when Goldman was a teen. He went on to Oberlin, where he found himself unable to get any of his stories published, despite being the editor of the college’s literary magazine. He served in the army, got a literature master’s degree at Columbia, and then, the way others might compulsively eat potato chips, he started compulsively writing novels. He wrote for the rest of his life. He is survived by his partner Susan Burden, his daughter Jenny Goldman, and one grandson.

Goldman reported on Friday that her father died of complications of colon cancer and pneumonia. If you’ve read Goldman’s brilliant novel “Princess Bride,” (and you should — it’s as brilliant as the movie and twice the length,) you’ll know why Goldman might have found some comedy in his own death.

Goldman’s genius for bringing fantasy into real life and finding humor in pain was unparalleled. We’ll miss him. And we’ll remember him for leaving more true love in the world than he found here.

Here are some of our favorite Goldman quotes:

“I have loved you for several hours now, and every second, more. I thought an hour ago that I loved you more than any woman has ever loved a man, but a half hour after that I knew that what I felt before was nothing compared to what I felt then. But ten minutes after that, I understood that my previous love was a puddle compared to the high seas before a storm.” – “The Princess Bride” (the novel)

“The wrong people die, some of them, and the reason is this: life is not fair…it’s just fairer than death.” – “The Princess Bride” (the novel)

“Let’s look on the bright side: we’re having an adventure, and most people live and die without being as lucky as we are.” – “The Princess Bride” (the novel)

“Oh, please don’t worry. I’m not going into that cavity. That nerve’s already dying. A live, freshly-cut nerve is infinitely more sensitive. So I’ll just drill into a healthy tooth until I reach the pulp. Unless, of course, you can tell me that it’s safe.” – “Marathon Man”

“I’ll do anything you want me to but I won’t watch you die.” – “Butch Cassidy and the Sundance Kid”

“Rules? In a knife fight? No rules!” – “Butch Cassidy and the Sundance Kid”

“Nobody knows anything.” – “Adventures in the Screen Trade”