OscarsSoBoring: What the nominees tell us about 2020 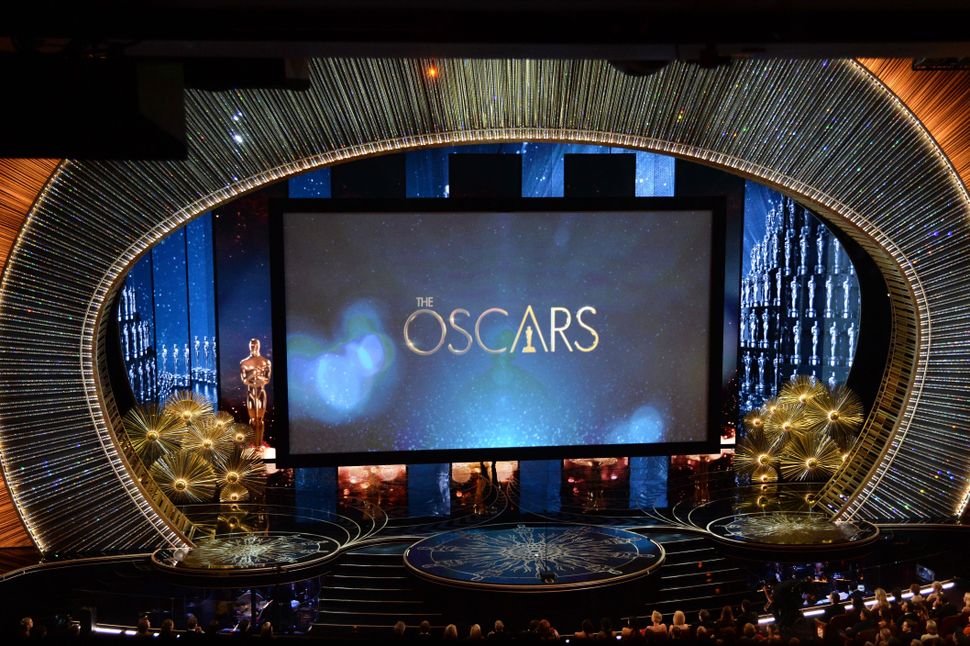 The first weeks of 2020 already feel like a retread of lowlights from years past. A calamitous environmental crisis, an impeachment trial and a teaser of a new, ill-advised war in the Middle East. And then there are the Oscar nominees. This year, like just about every year, shows an Academy unwilling to embrace new things.

I submit as evidence: The fact that “Joker” a pastiche of Martin Scorsese films based on a popular comic book property leads the pack with 11 nominations. That film’s director, Todd Phillips, is in competition in the Best Director and Picture categories with Martin Scorsese, nominated for “The Irishman,” a sprawling drama starring his usual suspects — and Al Pacino.

The trend of familiar faces and stories is pervasive, with few exceptions. “Parasite,” by South Korean director Bong Joon-Ho, a chilling critique of class is nominated for Best Picture and Joon-Ho for Director. The film won for Foreign Language Film at the Golden Globes. Distressingly, the news of this film’s singular awards recognition is dampened somewhat by reports of a TV series in development.

Greta Gerwig’s “Little Women,” which reshuffles and revises Louisa May Alcott’s classic novel is up for Best Picture alongside her partner, Noah Baumbach’s, “Marriage Story.” Neither is nominated for Best Director, but Baumbach and Gerwig have a nomination each for writing, Baumbach for Original Screenplay and Gerwig for Adapted Screenplay.

James Mangold’s “Ford v Ferrari” is up for Best Picture, but shutout of major performance awards as well as Directing and Screenplay. Taika Waititi’s “Jojo Rabbit” in which a member of the Hitler Youth has the Fuhrer as an imaginary friend, fared better, with a nomination for Best Supporting Actor for Scarlett Johansson and Best Adapted Screenplay for Waititi. But the Academy missed a chance for inclusion, not giving Waititi, who is Maori and Jewish, a directing nomination.

Actors up for star turns include Leonardo DiCaprio for “Once Upon a Time… in Hollywood,” Adam Driver in “Marriage Story” Joaquin Phoenix in “Joker” and Jonathan Pryce in “The Two Popes.” Many predicted that Adam Sandler would receive a nomination for his role in the incredibly Jewish “Uncut Gems” (a film that received no love from the Academy), but the Vegas odds were surely upset by the nomination of Antonio Banderas for “Pain and Glory,” Pedro Almodóvar’s Best Foreign Film nominee.

Scarlett Johansson has another nomination for Actress in a Leading Role for “Marriage Story,” the first time in 13 years when an actor has received dual acting nominations (the last time saw Cate Blanchett nominated for “Elizabeth: The Golden Age” and the Bob Dylan biopic “I’m Not There.) She’s joined in the category a slew of biopic actresses: Renée Zellweger for the Judy Garland biopic “Judy,” Charlize Theron as Megyn Kelly in “Bombshell” and Cynthia Erivo as Harriet Tubman in “Harriet.” Saiorse Ronan is up for the role of Jo March in “Little Women,” one made famous by Katharine Hepburn (and June Allyson and Winona Ryder.) Erivo is the only actor of color nominated in any of the acting categories.

Supporting Actress and Actor Categories boast one new star — Florence Pugh, for her role as Amy March in “Little Women.” Every other actor in these categories, with the exception of Johansson, has either won or been nominated for acting Oscars in the past. Brad Pitt, Kathy Bates, Margot Robbie, Laura Dern, Joe Pesci, Tom Hanks — all of them.

But the greatest proof of where the Academy is coming from lies in two films whose very titles hearken back to years past. Sam Mendes’s Golden Globe-winning “1917” — also nominated for Original Screenplay along with Cinematography and Sound and Production Design awards — and Quentin Tarantino’s “Once Upon a Time… in Hollywood,” which have each have 10 nominations, including for Best Director, Original Screenplay and Film.

Once again, the Academy appears wistful, reminiscing over wars and mass murders past. This is not a new mode for them, but it shows that even the reliably liberal Hollywood has some work to do when it comes to their voting record.

While there’s naches in the fact that five of the directors — Mangold, Mendes, Phillips, Baumbach and Waititi — of this year’s Best Picture nominees are Jewish, the overall takeaway from this year is nothing to cheer about. The snubs — from “The Farewell,” to “Hustlers,” to “Dolemite is My Name” and “Us” — have a common theme of new, under-explored narratives, all of which have been superseded by ones we know all too well. And this isn’t even coming down to the winners — just the nominees.

In other words, expect Joe Biden to be the nominee in the California primary.

OscarsSoBoring: What the nominees tell us about 2020