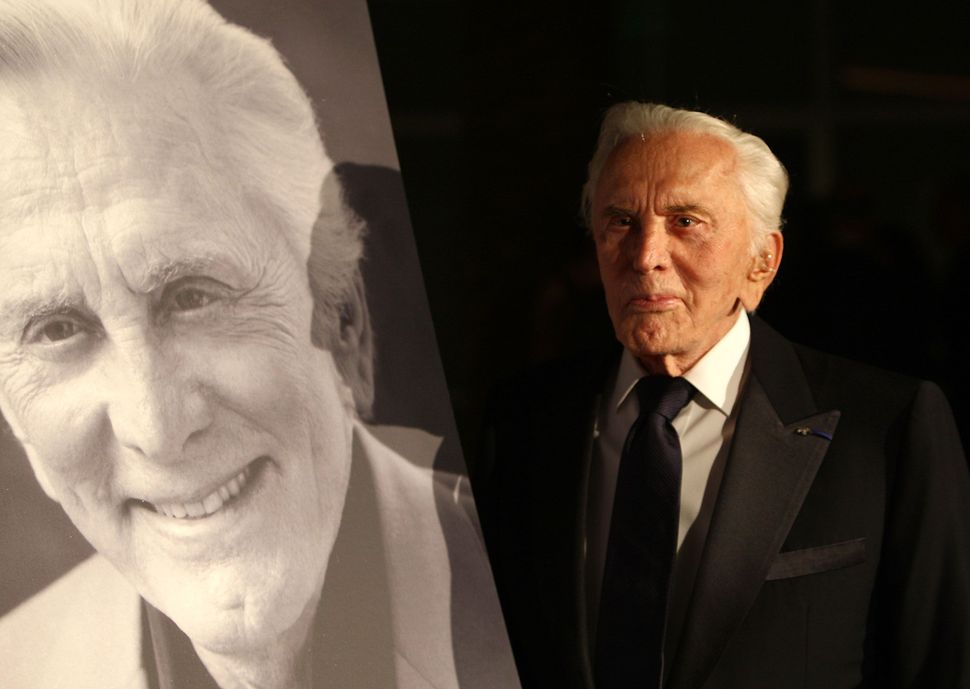 But the state of his base is perhaps best summed up by an altogether different alleged endorsement: That of film legend Kirk Douglas, who died last week at the age of 103.

This weekend at the opening of a Madison, Wisc. Bloomberg campaign office, Douglas’ son Michael Douglas, an actor and vocal supporter of the former mayor of New York, told a crowd that among his father’s final words was a vote of confidence for Bloomberg’s White House bid.

“Mike can get it done,” Douglas quoted his father as saying with his final breaths, the Madison outlet Isthmus reported Sunday.

The younger Douglas, 75, formally endorsed Bloomberg last month, saying the billionaire entrepreneur and philanthropist has “a proven record” and “has done more as a private citizen and as a mayor than most any congressman or senator.”

“I haven’t felt like this since John Kennedy,” he added.

Alas, with Millennials closing in on Baby Boomers as the largest voting bloc in America, Bloomberg will need to win the support of people who weren’t around for the Kennedy administration to put him over the top in November.

And while we’re not in a position to say what Douglas’ final moments were like, we can say that “Mike will get it done” — supposedly the verbiage of Kirk Douglas’ endorsement — exactly echoes some prominent phrasing on the Bloomberg campaign’s website. As a line, it’s a little less inspired than “I am Spartacus.”